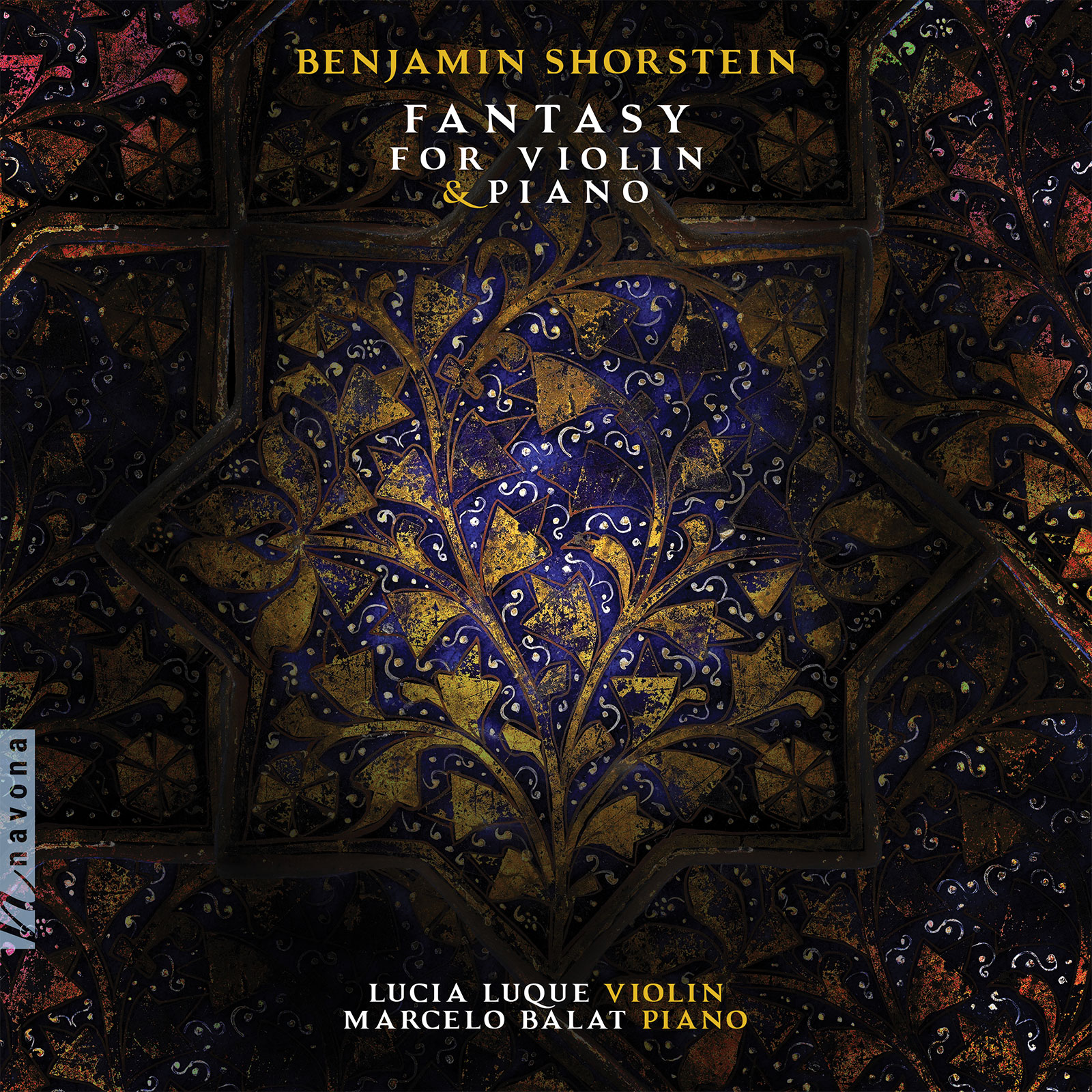 On FANTASY FOR VIOLIN AND PIANO, composer Benjamin Shorstein examines the age-old rules and conventions of musical form and structure and transforms them into inspirational foundations on which to build narratives. The improvisational Fantasy for Violin and Piano begins Shorstein’s story with an exploration of emotion and character, as each instrument formlessly weaves and wanders between themes—a sentiment that continues with Sonata for Piano, which extends the album’s musical worldbuilding, expanding upon an original theme that remains warm and sensitive as it gains intensity. The dance-based partita is also interpreted anew by Shorstein, as he uses the violin to explore the coexistence of melody and dissonance within self-expression. 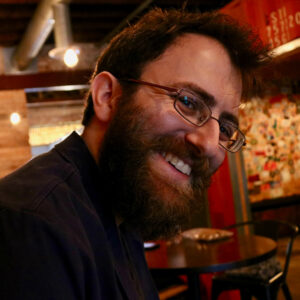 Benjamin Shorstein is a composer of classical and jazz music and a founding member of the creative music collective Madre Vaca. He has been named a finalist for several national and international competitions, including the Franz Schubert Conservatory World Championship in Composition, the American Prize for Chamber Music Composition, and the Ernst Bacon Memorial Award for the Performance of American Music. Shorstein’s music has been performed at the New York Musical Theatre Festival, recorded for film, and featured in concerts and recordings. His jazz arrangement of Franz Schubert’s song cycle Winterreise was named one of the best jazz recordings of 2020 by the Chicago Tribune, with critic Howard Reich writing that “Benjamin Shorstein has created the best kind of jazz-meets-the-classics merger, the two worlds intermingling rather than crashing up against each other.”

Lucia Luque is the violin concertmaster of the Cordoba Symphonic Orchestra of Argentina and the Valdivia Chamber Orchestra of Chile. She is a violin professor at Uader University and regularly performs as a soloist throughout North America, South America, and Europe.

Marcelo Balat is the principal piano soloist of the Argentine National Symphony Orchestra and is one of the most renowned pianists in Argentina. In addition to his active career as a soloist, he is a piano and chamber music professor at UCA University.

Humans love storytelling. We love to tell stories and we love to hear stories. Art can be a wonderfully potent mode of storytelling. Music, one of the more abstract art forms, is no exception.

Stories have the power to connect us with others; they provide us an opportunity to express ourselves, alleviate boredom, and even reveal truth. The best stories often contain two features: novelty and entertainment. Novelty can be something that challenges us or our beliefs, it can be something that transforms our thinking, or it can simply be a different texture or combination of elements than we are used to. Similarly, an entertaining story can be riveting or merely maintain our focus. But a mark of enduring art, for us individually at least, is that we choose to re-experience it; we are moved by the books we reread, the movies we rewatch, and the music we listen to multiple times.

So what form shall our story take? While traditional forms can provide a mold for our story, we must ensure that limitations of the past do not inhibit new forms of expression.

This album contains three classic forms: sonata, partita, and fantasy. The structures themselves are a part of the storytelling process. I have disregarded strict formal treatment (say, in mirroring a sonata written by Mozart or Haydn, or Bach’s approach to the partita). Rather, I loosely aimed to follow the spirit of the form and its overarching intent.

Fantasy for Violin and Piano is the most improvisational of the pieces presented here. This single-movement piece has many different themes and ideas that present themselves and reappear in different clothing. The fantasy can be viewed as a formless form, in a way. It might be a name we give to a piece that lacks intentional ordered structure like a symphony or sonata, but makes up for this lack with depth of emotional exploration and natural development. The fantasy contains its own sense of order, and its overarching narrative could be that of a wandering journey. For example, in Schubert’s Wanderer Fantasy we might hear an odyssey, in which the colossal effort of the meandering and repetitive journey itself is the experience to enjoy. So it can be with life. Luque and Balat’s exquisite interplay brings the fantasy on this album to life, replete with its own world of characters and adventure.

Piano sonatas have a rich history in classical music. Beethoven’s contain resplendent microcosms of musical worlds, each one unique. Schubert’s are dramatic and theatrical works, transforming the listener through emotional storms and sunrises. The piano sonata I wrote has three movements. The first movement begins with stacked triads, a repeated theme which has the effect of being both dissonant and consonant. Movement two consists of a series of five-note groupings repeated at least four times each, an effect that represents light particles. The final movement concludes with an extended major chord ascending the entire keyboard octave by octave. Balat approaches the piece with delicate sensitivity and warmth.

The Partita is a musical suite with movements based on dances. The most famous example is Bach’s Partitas for Solo Violin, which along with his companion Sonatas for Solo Violin, are the holy grail of the solo violin repertoire. Bach, a master of polyphony, manages to create worlds of music with single lines of melody, interspersed with broken chords. This is no less than wizardry. Within these masterworks, he even wrote fugues, which would seem to be impossible for a solo melodic instrument. He was extremely intentional with his note choices, in that the notes themselves not only constituted glorious melody, but they also contributed to structure and more importantly, implied harmony. This implication of harmony may be the most significant barrier to entry for the listener of solo melodic music. Harmony provides context for the listener to place the melody. Without harmony (or implied harmony), a melody can seem lacking, or at least be missing the composer’s intended conveyance. Bach, however, masterfully weaves the harmonic fabric into the melody itself, allowing for a uniquely fulfilling experience while listening to music for a solo instrument. It is not by chance that roughly 300 years after writing the solo violin and cello works, they remain the pantheon of solo instrument repertoire. A more recent example of the partita is Caroline Shaw’s masterpiece, Partita for 8 Voices, a gorgeous work that broadens the form while also paying tribute to it.

This brings us to my humble contribution to the partita form. Partita for Solo Violin consists of 10 movements. Bach’s influence is present throughout the piece, but we also find strains of Shostakovich and Copland. One of the beautifully transcendent features of a solo piece is that the soloist has wide-open freedom of expression. Luque carries the piece with an impressive range of expressive abilities. While many of the movements stray from Bach’s form, the first and last movements roughly mirror his respectively, in that the first movement is a prelude and the last a gigue.

Fantasy for Violin and Piano