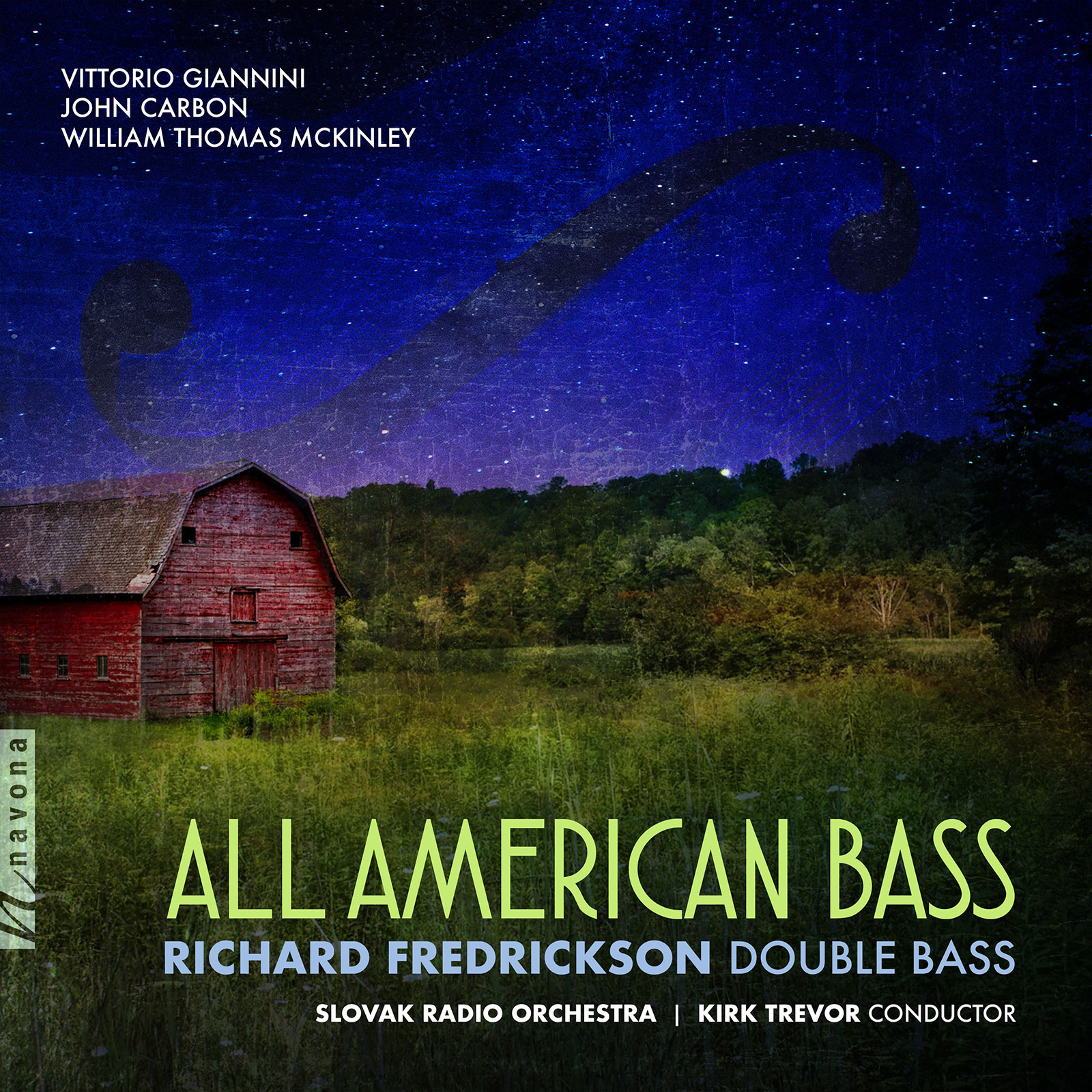 A champion of repertoire and lauded by the New York Times as a virtuoso, double bassist Richard Fredrickson brings his instrument to the forefront on ALL AMERICAN BASS, an album of works composed specifically for him. Joining the Slovak Radio Orchestra and conductor Kirk Trevor, Fredrickson flawlessly navigates the works by Vittorio Giannini, John Carbon, and William Thomas McKinley. From Giannini’s darkly profound and agitated Psalm 130 to Carbon’s Endangered Species, which portrays the double bass as a wild and powerful beast that gracefully reins itself in, to McKinley’s modern, somber-then-lively Passacaglia, Fredrickson’s command of tone and melody creates an unforgettable recording and serves as an encapsulation of the instrument’s potential.

I would like to extend my deepest thanks and appreciation to Arthur Reid, Stephen Magowan, Kyoshi Tamagawa, and last but not least, my father, Milton Fredrickson, who helped make this recording possible.

This recording is dedicated to the memory of my father. — Richard Fredrickson 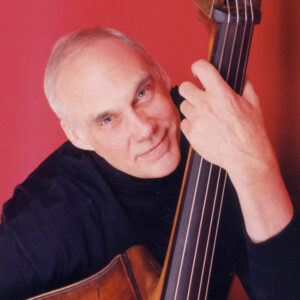 Hailed as a “virtuoso” by Donal Henahan of the New York Times, “an extraordinary musician” by The Washington Post, “stupefying” by L’Est Vaudois (Switzerland) and “one of America’s outstanding virtuoso double bass players,” with “eloquent playing, reinforced by his marked beauty of tone” by The Strad (magazine), Richard Fredrickson made his Carnegie Recital Hall debut at the age of 24 after winning the Concert Artists Guild award. This marked the first time the award had ever been presented to a double bassist. 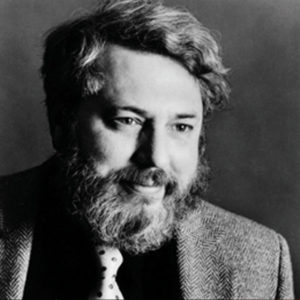 Born in Kensington PA, near Pittsburgh, William Thomas McKinley (December 9, 1938 - February 3, 2015) began playing piano at local jazz clubs when he was a boy, and, at the age of 12, undoubtedly became the youngest member of the American Federation of Musicians. He went on to perform, record, and compose for some of the great jazz artists such as Dexter Gordon, Stan Getz, Eddie Gomez, Gary Burton, Rufus Reed, Dave Holland, and Billy Hart, among others. On the classical side, McKinley has earned numerous awards from such institutions as the American Academy and Institute of Arts and Letters, the Koussevitzky Foundation, a Guggenheim Fellowship, and eight NEA grants, along with commissions from The London Symphony, The Lincoln Center Chamber Music Society, the Fromm Foundation, and the Naumburg Foundation. He has composed over 300 works.

Vittorio Giannini was born into a musical family in Philadelphia. His father was a successful operatic tenor, his mother a professional violinist. All three of his siblings were musicians, the most renowned was his sister Dusolina, a dramatic soprano who sang in Europe and the United States, especially at the Metropolitan Opera. He began taking violin lessons from his mother at age 5, and at 9 was awarded a scholarship to study violin and composition at the Verdi Conservatory in Milan, then taking a graduate degree at the Juilliard School in New York. He taught for decades at Juilliard, the Manhattan School of Music, the Curtis Institute of Music, and then became the founding president of the North Carolina School of the Arts.

During the 1920s to early 1940s his output was mainly operas and songs, but from the 1940s he began writing more instrumental music. His compositions include seven symphonies (only five of which are numbered) concerti, and chamber music.

In the 1960s his works took on a darker, more intense and profound character. The Psalm 130 is of this period, and was written in 1963 for the double bass virtuoso Gary Karr. It falls roughly into three sections with the opening and closing being proclamatory, anguished, and agitated. The central section is poignant and meditative. This is the premiere recording of the work.

Born in Chicago, John Carbon began his studies of the piano and clarinet at an early age. He studied composition at Rice University and the University of California, Santa Barbara. His teachers were Thea Musgrave, Paul Cooper, and Peter Racine Fricker. He is now Professor of Music at Franklin and Marshall College in Lancaster PA. Carbon’s music — which has been gaining prominence due to an increasing number of high-profile performances and recordings — includes two operas, Marie Laveau and Benjamin, along with many choral, orchestral, vocal, and chamber works.

Carbon has a special flair for the virtuosity and drama needed for concertos, and has completed works in this genre for clarinet, violin, piano, and the piece for double bass on this premiere recording of the work. Carbon’s works have been performed in New York at Merkin Concert Hall, Carnegie Hall, and Avery Fisher and Alice Tully Halls at Lincoln Center, Boston’s Symphony Hall, and Prague’s Smetana Hall. Premieres of Carbon’s works have been presented by the New York Chamber Symphony, the Czech Radio Orchestra, and the Alaria Chamber Ensemble of New York.

Recent performances of John Carbon’s music have been presented in Stockholm, Beijing, and Salzburg. His works have also been heard at the Bulgarian Embassy in Washington DC, played by Trio Clavino, and in New York City at Hunter College, performed by pianist Steven Graff. Also recent is the premiere of a new oratorio, Soldiers of Remembrance (libretto by Sarah White) and a new work for viola and orchestra, Harlequinade, written for violist Todd Sullivan and the Allegro Chamber Orchestra.

Endangered Species, written for Fredrickson, portrays — in the words of John Carbon — “the double bass as a large and wild creature, struggling but surviving, sometimes at war with the environment, but beautiful and lyrical in its power and grace.”

He has made more than 115 recordings, spanning Baroque and contemporary works, choral requiems, and video game scores, with his latest project being the Amazon Prime series Mozart in the Jungle. His vast discography features a special emphasis on new American composers, and many great soloists including Richard Stoltzman, Philippe Quint, and Chloë Hanslip.