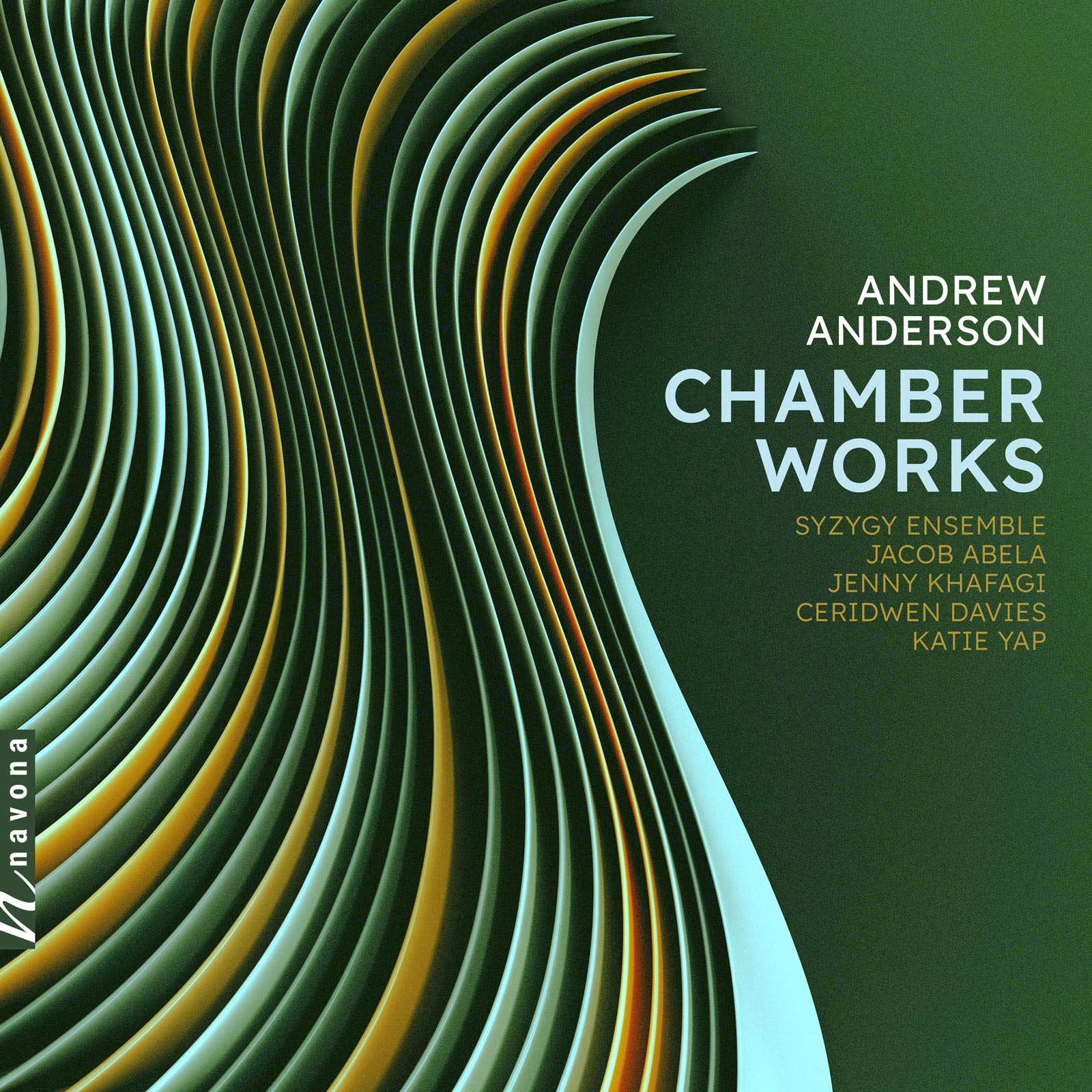 In a modern age crowded with distractions, one quickly learns to appreciate the little oases of peace. Andrew Anderson’s 2022 Navona Records release, CHAMBER WORKS, might just be such an oasis – written with replenishing qualities, great clarity, and a sense of purpose. Throughout the album, Anderson skillfully demonstrates his ability to draw on the styles of the great compositional masters while creating a musical language that is truly unique and spoken through a variety of thoughtful orchestrations. Comprehensive in its content and imbued with tranquility, CHAMBER WORKS offers a variegated glimpse into Anderson’s distinct compositional style. 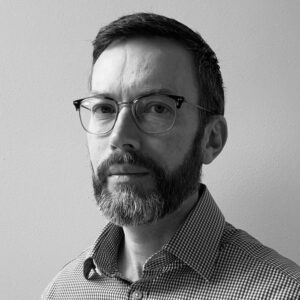 Andrew Anderson (b. 1971) is based in Melbourne, Australia, where he studied composition with Rodney Ford, violin with Barbara O’Reilly, and piano with Arvon McFadden. His choral works are informed by engagements with parish choirs in Australia, the United States and the United Kingdom, as well as private tuition in singing with Nigel Wickens (Cambridge UK). From 2021 through 2022, he was the inaugural composer in residence at St James' Old Cathedral.

Founded in 2009, Syzygy Ensemble has gained a reputation as one of the finest new music ensembles in Australia. They have a regular subscription series at the Melbourne Recital Centre, and have premiered in excess of 50 new Australian works.

Portrait concerts of living, breathing composers seem to be increasingly rare occurrences. Cycles of Mahler symphonies are mounted by the world’s most prominent orchestras with alarming frequency, and most churches blessed with a high-quality organ have hosted a J.S. Bach marathon or two. But too often, more freshly composed music is relegated to box-ticking status. Terrifyingly, a brand new piece may be programmed into a concert before it is actually written. So, to minimize unpleasant surprises, better it be wedged between some “comfort food” like Beethoven and Ravel — and, please, can it be no longer than 10 minutes? Even if the work survives the premiere unscathed, the chances of a second, a third, or subsequent performance become ever diminished.

So, what a special pleasure it was in November 2021 to bear witness to an entire concert of Andrew Anderson’s music played by Syzygy Ensemble at Tempo Rubato in Brunswick — a concert of works that are now captured on this album. In some ways, retrospectives of contemporary composers’ works are more necessary than those of heritage composers as we so rarely get a chance to hear a rounded-out aesthetic world — complete with all its large cities, small outposts, and outlying satellites — from a composer that walks among us.

Even this selection, comprehensive as it is, still only covers the most recent decade of compositional output. Nevertheless, it’s a variegated glimpse into the mature style of Anderson, and a fitting way to commemorate his 50th birthday.

The Suite for Clarinet and Piano (2021), not yet 12 months old as I write this, opens with a perfectly judged combination of warmth and cleverness, reminiscent of Mozart’s observation that his own music could be enjoyed by the general public and connoisseurs alike, for different reasons. In this case, it’s the nod to Edwardian drawing rooms and Baroque dance forms crossed with a complex Hindemith-esque tonal language that makes the work pop and sparkle, whether or not we explicitly clock all the influences at play. In four short movements, the work gradually moves further from its Baroque roots as it progresses, and the concluding Fantasticheria gives us something unexpectedly symphonic as the work seems to outgrow the modest boundaries initially staked out.

The Elegy for Two Violas and Piano (2021) is also a recent work, albeit a revised version of a work originally written for the archaic 14-stringed viola d’amore. This reworking makes an important contribution to a trio combination for which limited repertoire exists. An elegy is traditionally music of mourning, which is not to say it is always sad. Anderson’s is highly wrought and panoramic, perhaps reflecting many aspects of a protagonist’s richly-lived life, and the splitting of the original viola d’amore line between two violas allows for more clarity of the contrapuntal interweaving of the string voices. Perhaps even more pensive is the central movement of the 2013 Piano Trio, subtitled “The Heart.” The descriptor here is the rarely used religioso, belying music that is sparse, spacious, but which also probes profound philosophical depths.

Moving into a more restless emotional world, Anderson’s Sonata for Violin and Piano (2014) recalls the neo-Romantic tumult of the great English pastoralists, among them John Ireland and Charles Stanford. The first movement included here — ”Inquieto” — occupies an uneasy middle ground between calmness and calamity, with a more threatening voice often attempting — but not quite ever actually being able — to break through the glassy surface.

This mood is continued in the Trio for Flute, Clarinet and Piano (2021). Here, four short movements take us on a substantial journey, where the emotional stakes seem to get progressively higher. The soul of this work is the remarkable third movement — a “largo” of surprising length and labyrinthine complexity. At its conclusion, we emerge into the light of a suitably virtuosic and victorious “alla marcia” finale.

The piano quartet genre is somewhat under-represented in the general literature, yet pretty much every canonic work is a masterpiece. Composers such as Mozart, Fauré, and Dvorak took the genre to extraordinary heights and entrusted some of their most visionary ideas to the form. So too with Anderson: in his Second Piano Quartet (2018), the potential energy we find in his other works is now unleashed without restraint. Part two of the work, included here, has a truly cinematic sweep, with a constantly evolving narrative thread which demands full musical mastery of line and direction from its performers.

The final work is the most recent, specifically written for Syzygy Ensemble. Coda (2021) is the emotional language of Anderson distilled — a tightly concentrated and tender musical statement where not a single note is wasted. In its direct and imploring rhetoric, it seems to both summarize a decade’s worth of past music from Anderson and also point the way forward to new compositional possibilities. Given the virtuosic compositional technique on display throughout this CD, and Anderson’s singular ability to draw on the styles of the great past masters while creating a musical language that is uniquely his, it’s exciting to think what pieces the next decade will yield from his pen.