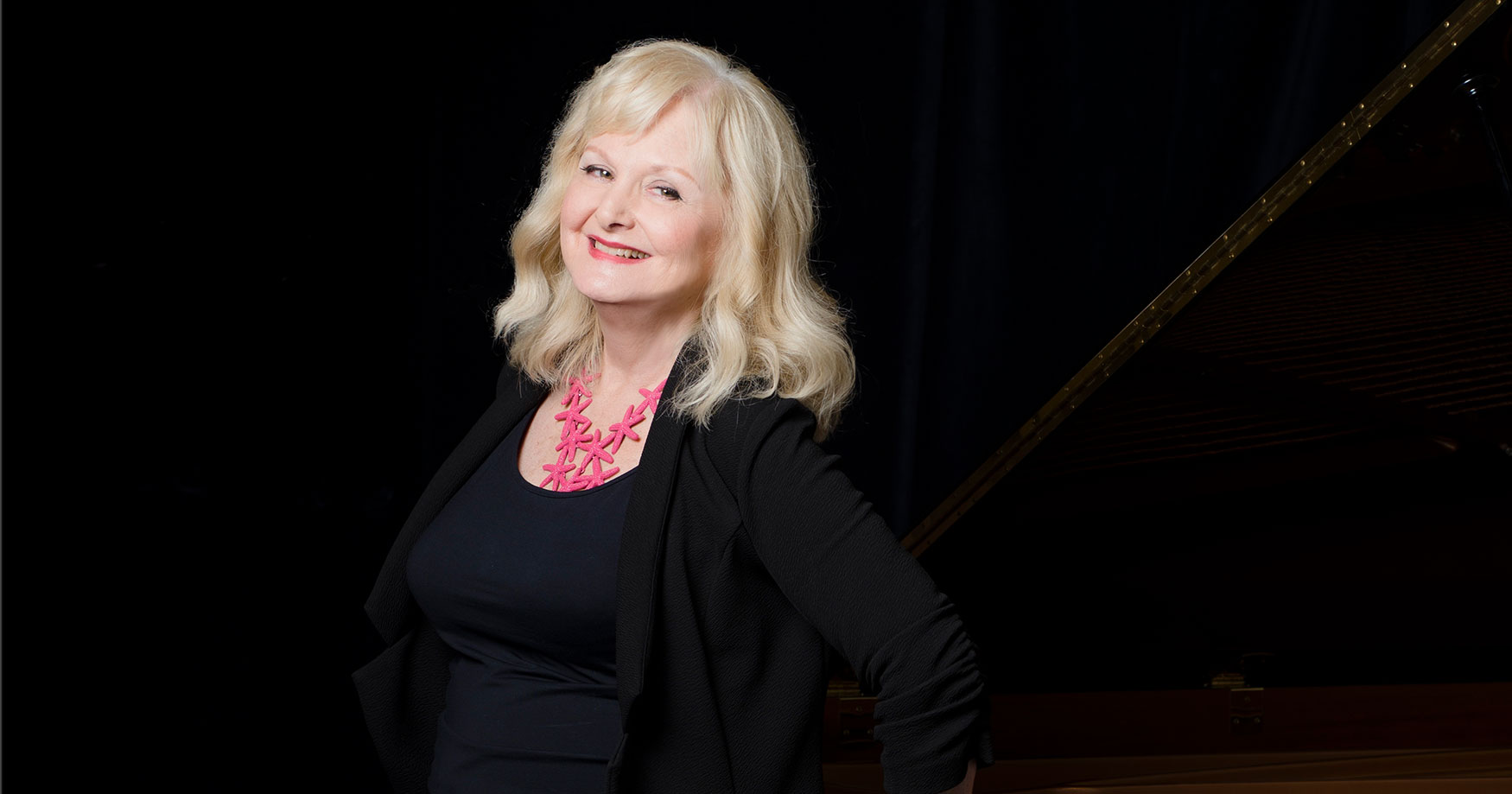 Highly-acclaimed, highly-prolific pianist Christina Petrowska Quilico embarks on a magnificent journey through time by exploring an entire century’s worth of North American piano music on RETRO AMERICANA. Splendidly showcasing the whole gamut of a long-neglected genre seldom heard in such magnificence, times and voices are impeccably tied together by Quilico’s trademark: her rivetingly acuminous interpretation.

Today, Christina is our featured artist in “The Inside Story,” a blog series exploring the inner workings and personalities of our composers and performers. Read on to learn about her fascination with Egyptology, and the sound advice she offers for performance preparation…

RETRO AMERICANA is a collection of works by American composers that I have performed for many years. I love the excitement and challenge of playing or experiencing music live; there is an energy and electricity in the air that the piano transmits to the listener without any technological barrier. I hope that listeners will enjoy the magic of live performance in this album.

The first composer featured is Henry Cowell, whose Six Ings (1917/22) still sound as if they were written today. The titles alone are most evocative and portray the mood of each piece. Frederic Rzewski, known for his work in protest songs, depicts a scene from the 1930s in his composition Winnsboro Cotton Mill Blues, in which workers at the textile mill plant in Winnsboro SC began singing lyrics to reflect the hardship of factory work. Unique piano techniques are used to imitate the sounds of the mill, which include playing with palms and arms. In the state of the world today, we need more peaceful protest music, and Rzewski, who passed away this year, will be missed. George Gershwin’s piano transcriptions of his songs need no introduction but exemplify the contrast in the 1930s between the factory workers singing blues and folk music, and the elite elegance of melodies in musicals, nightclubs, and parties enjoyed by the rich. The retro mood continues with a living composer and ragtime performer Bill Westcott, who went back in time to find his inspiration in Blues, Boogies, and Rags. Meredith Monk is another living composer who has written music that reflects the American past in Railroad (Travel Song), which makes me think of the hobos traveling throughout the United States. She expands the travel theme with Paris and St. Petersburg Waltz. The album concludes with my very humble tribute to jazz pianist Art Tatum. His virtuoso technique, musicality, and supreme mastery of the piano are as astounding today as they were in the 1920s through the 1950s. He was considered by most, including Rachmaninoff himself, to be the greatest pianist in any style.

When I began ballet and piano, I was focused only on opera and classical music. Tchaikovsky, Bach, Chopin, Mozart, Rachmaninoff, Ravel, and Debussy were a few of the many composers I listened to. When I turned 10, I began to discover more new and adventurous music. I enjoyed the music of Berg, Schoenberg, Webern, and Krenek, thanks to the recordings of Glenn Gould. Reading articles by Pierre Boulez and John Cage made me feel very intellectual and forward thinking! When I moved to New York at 13 to study at Juilliard, I discovered rock and roll, blues, R&B, disco, and a new world of pop music. In addition to classical, I continued my search for excitement in experimental music. Anything with tape and electronics, improvisation, and playing inside the piano was a big influence. In my later teens, I was nourished by the big virtuoso concertos and had the good fortune to perform many of them with an orchestra. Jazz was a great love as well. There were so many influences throughout the rest of my musical life that it would take a book to write about them all. In my most recent years, I returned to my love of opera and classical music. I learned much by working with an opera star, my late husband, baritone Louis Quilico, who sang at the Metropolitan Opera and in opera houses throughout the world. I also collaborated with the late former concert master of the Toronto Symphony, Jacques Israelievitch. We performed and recorded all of Mozart’s violin and piano sonatas; I have fallen in love with Mozart again. The older I get, the more I look into the past. Hildegard von Bingen, Bach, Mozart, medieval, Renaissance, and Baroque music are what inspire me now. I rarely listen to pop music, but bossa nova and jazz are still on my list. I believe that listening to an eclectic mix of music suits me and keeps me appreciating all styles of music.

I read the score and study any background information to familiarize myself with the style and era of the composition.

With some of the extremely difficult new compositions, I might give myself a goal of several phrases and I play them over and over until they are fluid but not necessarily up to tempo. If it is a classical score and music that I am familiar with, I will often organize a practice method: metronome (slow, medium, fast); I will mark the dynamics in colors (red for forte, blue for piano) and make sure I play them with the appropriate contrast. When I can perform the score at a reasonable tempo, I can begin to shape the music and study its structure and flow. I often let my musical instinct take over so the music does not go stale. As for memory, my teachers at Juilliard suggested that you play a phrase and work on it until you memorize it. Keep adding the phrases until you are done with the entire piece; I found that works for me. If I have to play a recital or a concerto, two weeks before the performance I will play the entire program or concerto three times in a row. This builds stamina, energy, and focus.

I always tell my students to have outside interests and listen to music other than what they are playing. You shouldn’t force the sound or over analyze. I create stories that fit with the mood of the piece and try to relax at and away from the piano. Performing should be a joy, intense for sure, but not a burden and never mechanical.

That is very easy to answer. I would have been an Egyptologist digging in the sands of Egypt and looking for unexplored tombs and artifacts. When I was 12, I discovered a book on Ancient Egypt and fell in love with the subject. At that time, nobody took this seriously and because I was doing so well in music and writing, I had to put that passion aside. However, many years later I decided to explore Egyptology, and for quite a few years I took courses, attended colloquiums, studied hieroglyphs, and accumulated a large library of books on the subject. If I were given a choice of going to a musicology or piano pedagogy conference, or a concert, I would choose an Egyptology event. I must confess that I have done exactly that. I also took several trips to Egypt, and despite scorpions, snakes, and poisonous spiders, I would love to be digging for tombs.

What inspires you to perform?

I love the challenge of learning new repertoire, no matter what style. Sometimes, the more difficult the score, the more excited I am to learn the music. There is no such thing as perfection, so I see performing as a moment in time. It is a journey in which I am always trying to play better, but ironically, when I don’t think about it, I usually do.

I realized that performing is really enjoying the moment. Even if I think I am not playing as well as I wish, the most important thing I want to do is play for an audience. My teacher used to say if someone actually came to your concert, or bought a ticket, you owe it to them to give an inspired performance. It is not about you, but about the music. Think about what the composer has said musically. That has inspired me to keep performing, to give the audience a beautiful musical moment, or excite them with music either adventurous or traditional. It is the gift of sharing your emotions — through the music of composers — to the audience that is my inspiration.

I love playing piano concertos. So far, I have performed 45 concertos, with a few more to be added in the near future. This includes 23 classical concertos and 22 contemporary concertos. There is nothing like performing with the symphony orchestra. For a successful collaboration you need to work with the conductor. I would love to collaborate with Yannick Nézet-Séguin, conductor with the Metropolitan Opera, Philadelphia Orchestra, and Rotterdam Philharmonic, to name a few. I admire his energy, intensity, musicianship, and the fact that he is Canadian. Maybe it also has to do with the fact that my late husband, Louis Quilico — of French and Italian parents — was also from Montreal and sang at the Met, and my first husband, composer Michel-Georges Brégent — as well — was French and from Montreal. 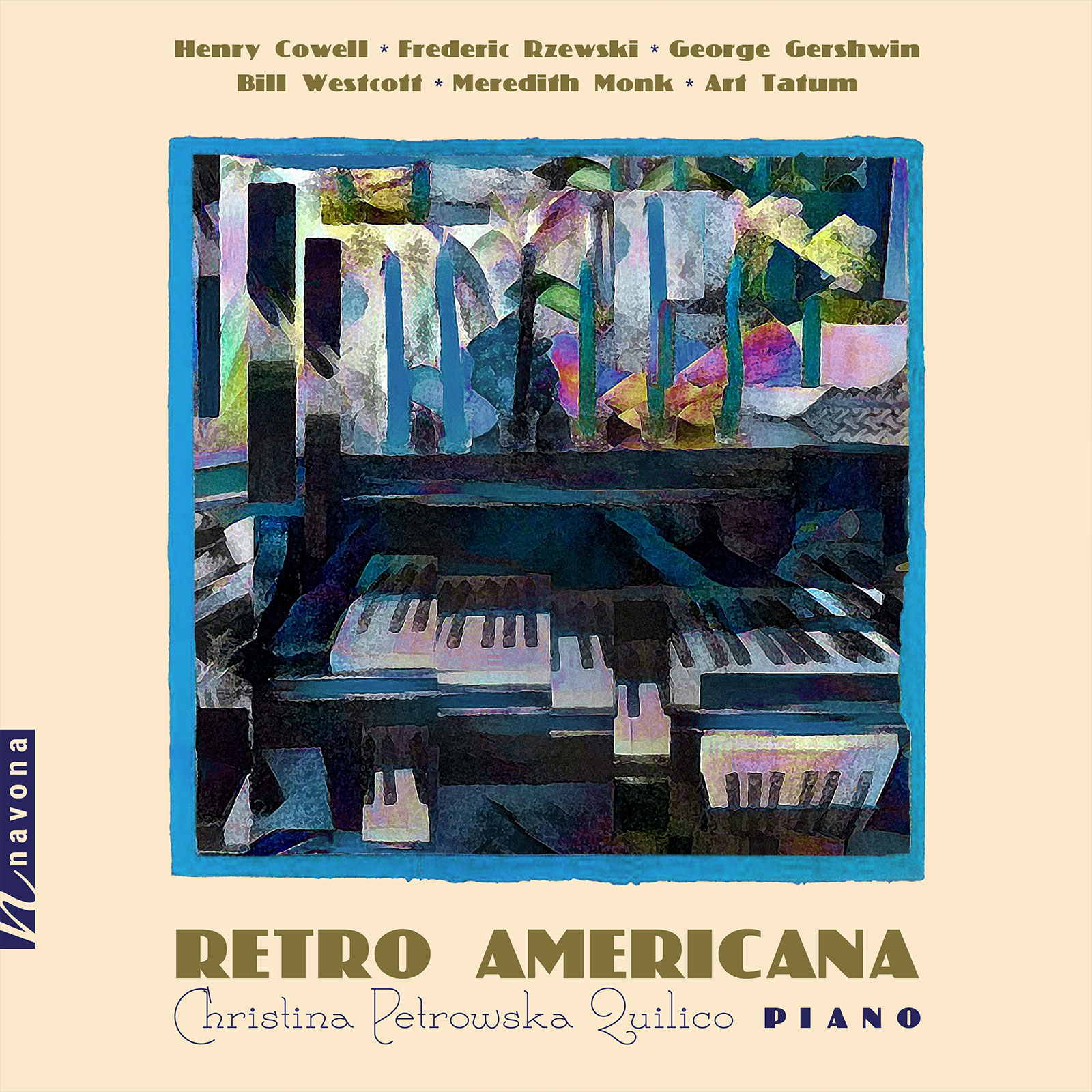 RETRO AMERICANA is available now from Navona Records. Click here to visit the catalog page and explore this album.