The Inside Story: Joanna Marsden and MICHEL DE LA BARRE

On MICHEL DE LA BARRE, four musicians masterfully perform rarely-heard, unsung suites by the eponymous French flute virtuoso and composer, who broke new ground in Baroque music by merit of being the first to publish solo pieces for his instrument. Zesty yet courtly, refined yet effervescent, these works please at once, not least owing to the lucid and charming interpretation by The Opus Project.

Today, Joanna Marsden of The Opus Project is our featured artist in “The Inside Story,” a blog series exploring the inner workings and personalities of our composers and performers. Read on to learn about the points in the album that resonated with her the most, and her passionate fascination with textile history…

With many thanks to the Festival de música da cámara de San Miguel de Allende, I was able to spend some magical weeks in San Miguel de Allende, a UNESCO World Heritage Site, and at the Hacienda Santa Clara, a beautiful study abroad center nearby. It’s easy to hear yourself thinking properly in these places. Other top places on my wishlist include Tomar (Portugal), Utrecht, Berlin, Paris, and Provence.

If I was not a musician, I would have loved to work as a textile restorer or costumer, as I’m fascinated by textile history. Since childhood, my family taught me embroidery as a hobby. My pandemic project was learning more about 17th and 18th-century crewelwork. Tambour, ribbon embroidery, and goldwork are next on my list.

I’ve been a big Nick Cave fan since I was about 14, but I don’t feel guilty about that. In terms of actual guilty pleasures, I love playing music by the virtuoso flutist Jean-Louis Tulou (1786-1865). In the flute world, French 19th-century repertoire is often maligned as ornithological or trashy, but I find it delightful. These players were endlessly inventive – spinning a simple melody into a hundred different shapes. Their music is so well-written, technically challenging, and expressively demanding. In the immortal words of Dolly Parton, “it takes a lot of time and money to look this cheap, honey!”

I was inspired to make this album because Michel de la Barre’s Premier livre is the very first book of baroque flute music published anywhere, and during the twentieth centuries, players tended to gravitate instead towards Hotteterre and Couperin’s music which I also love. De la Barre was generally recognized as one of the finest players of his time, and I was curious to explore his elegant, refined style. Michel de la Barre’s Premier livre includes several examples of written-out ornamentation which is in a similar musical language to the airs de cour popular around the same time. While preparing for this album, I tried to immerse myself in this style by playing a lot of ornamented airs de cour by Joseph Chabanceau de la Barre, Honoré d’Ambruis, and Bertrand de Bacilly.

I’m not sure that I have one specific favorite musical moment, but I enjoyed imagining a clear personality for these character pieces. There are quite a few Allemandes in this book: La Magdelon, la Florença, la Princesse de Conty, la Villequière, etc… Each of them has a distinct character for me. Some of these may be abstract characters, but many are recognizable historical figures about whom there is a lot written. With the preludes and dance movements, I imagined these in the context of Lully’s dramatic tragédies lyriques which De la Barre performed frequently with the Académie Royale’s orchestra. One of the movements we most enjoyed playing together is the Caprice from the third suite.

These pieces were probably written for intimate occasions in the Chambre du Roi at which only a few privileged listeners heard them. De la Barre would likely have played alongside François Couperin, Marin Marais, and the finest continuo players. In the iconic portrait of De la Barre and his colleagues in the National Gallery in London, De la Barre is surrounded by musicians playing chamber music around a table; the atmosphere is convivial and gracious. I would like our listeners to feel the same privileged intimacy as if they were taking part in a chamber music party with friends. 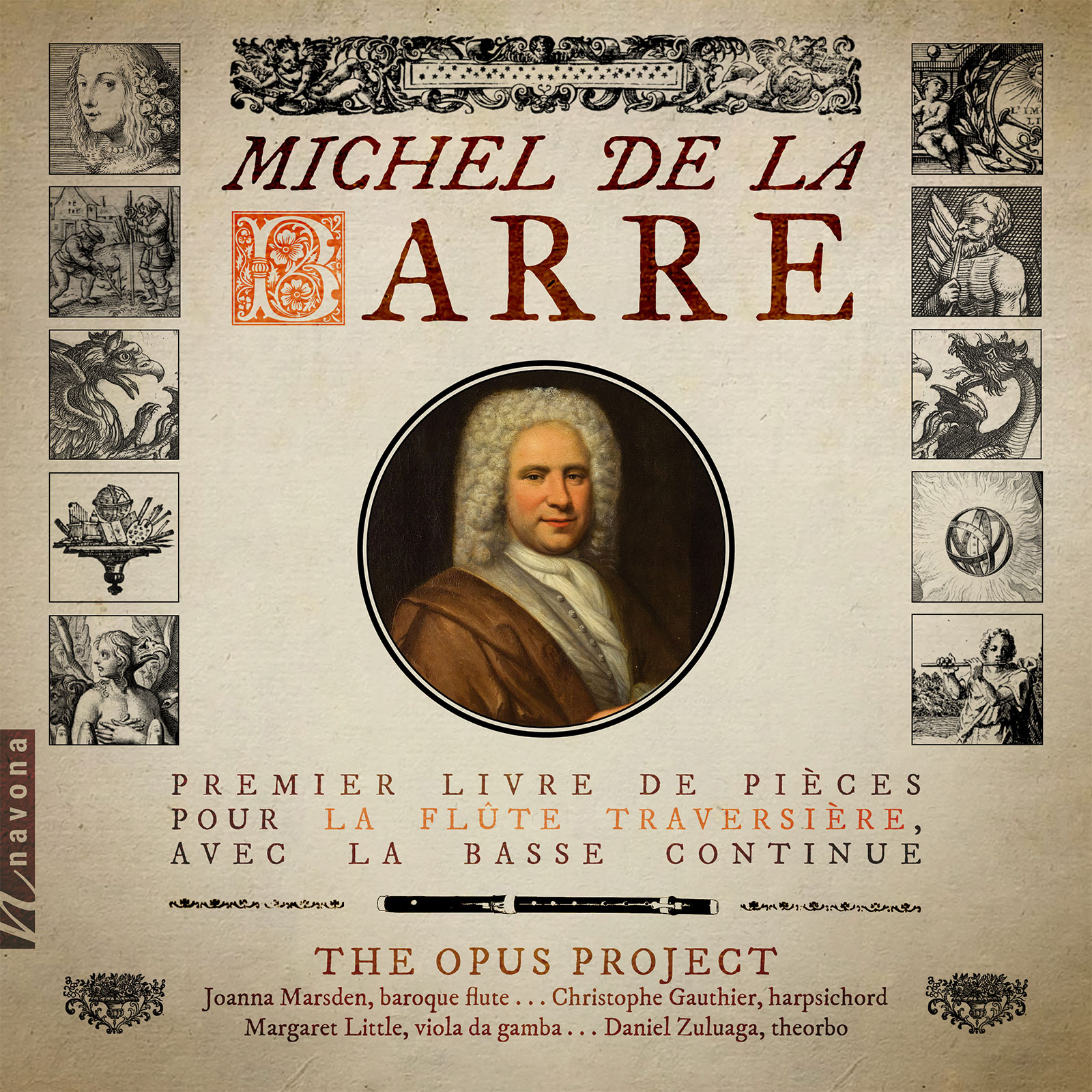