The Inside Story: Pavel Gintov and PIANO FANTASIES 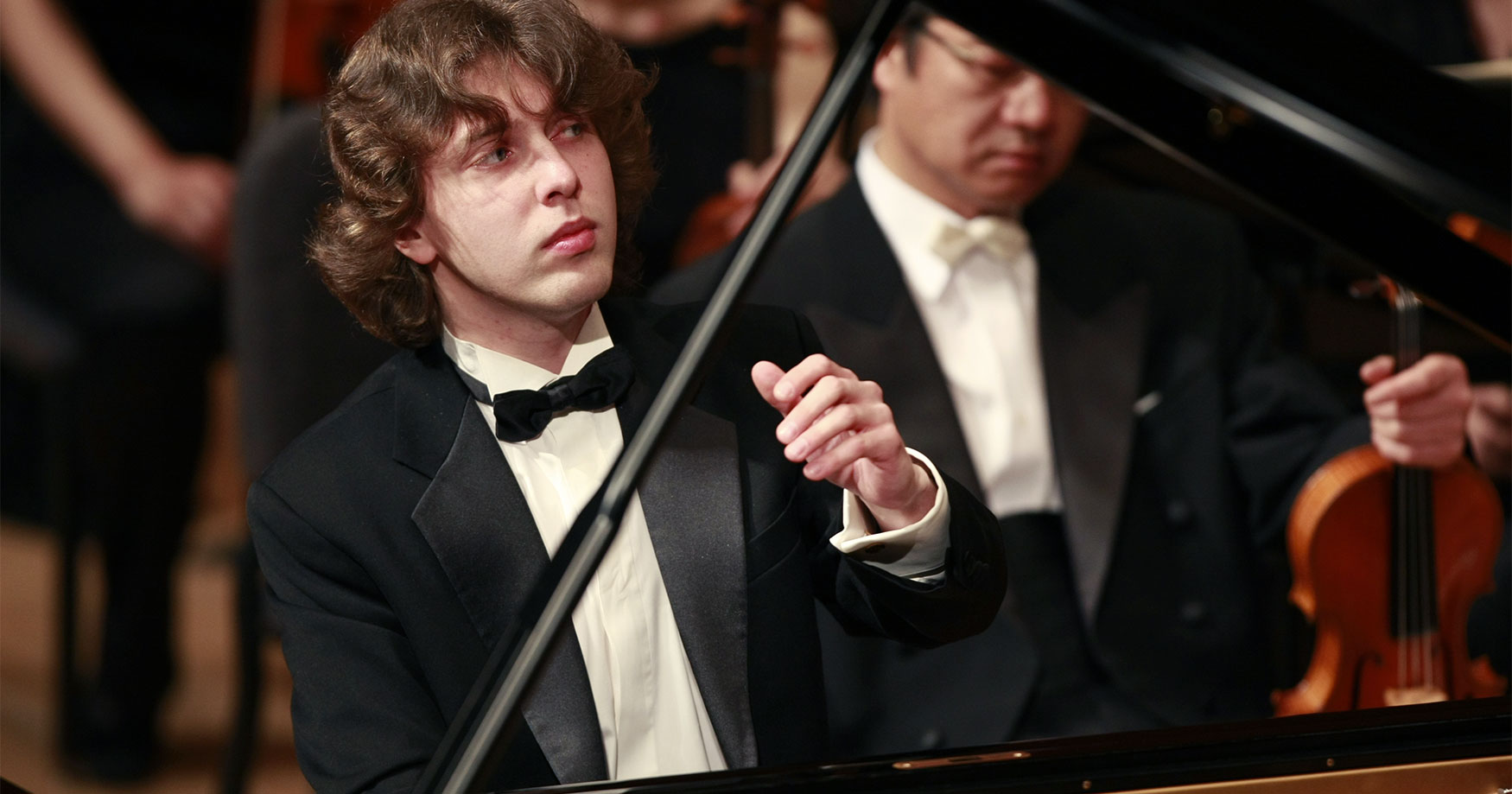 No other musical form allows the composer as much liberty as the musical fantasy, or fantasia. Ukrainian-born pianist Pavel Gintov iconoclastically blends emotion and reason in his selection of PIANO FANTASIES ranging from the Baroque through to the late Romantic era. Demonstrating the versatility of the musical fantasy, PIANO FANTASIES offers more than a stunning look into the minds of both composers and the performer: it’s a remarkable symbiosis.

Today, Pavel is our featured artist in “The Inside Story,” a blog series exploring the inner workings and personalities of our composers and performers. Read on to learn how Pavel found freedom in performing the classical fantasy genre, and the unique discovery he made about Beethoven when working with his piece…

I had these famous VHS tapes of Vladimir Horowitz, Glenn Gould, Arthur Rubinstein, Jascha Heifetz, and Leonard Bernstein. It was before YouTube and the internet, and especially while growing up in Ukraine in the 1990s, access to these recordings were very limited. Those tapes were my treasure, and I watched each of them hundreds of times, which seems extremely nerdy for a 10-year-old boy, when I think about it now.

I guess from the very beginning. I attended a specialized music school in Kyiv, and spending hours at the piano every day preparing for performances was my routine from childhood.

Once I had to play outdoors, and it started to rain. The concert was delayed, but the rain wouldn’t stop. At some point it wasn’t possible to wait any longer. When I went on stage, I found the piano that was wrapped in plastic to protect it from the rain. Only the keyboard was uncovered, and it was getting wet, and I played the whole program under the rain and on the piano that was wrapped in plastic.

Composers usually turn to the genre of fantasy when they want to be free from any kind of rules. It fascinated me. I’ve been studying, performing, and “collecting” fantasies for many years and for this recording I wanted to create a diverse and well-balanced program of some of my favorite works that had been written in this intriguing genre.

It was quite hard to make a choice, which fantasies would be included in this program, so I wouldn’t be lying if I said that each work on this album is very special to me.

The album opens with a short piece by Bach. It is only three pages long, but there is so much in it! It took a whole chapter in my Doctoral thesis to write about it (yes, my thesis is also about piano fantasies).

Then there is a fantasy by one of Bach’s sons, Carl Philipp Emmanuel. It is hard to imagine two more contrasting works than these two fantasies composed by a father and a son. Emmanuel’s fantasy is an amazing piece. It is wild: I wonder how many of those who listen to it for the first time would think it has been written in the 20th or 21st century.

The Haydn fantasy is one of my favorite works to start a recital with, or just to play it in the morning to set a mood for the day. It is fun, full of humor, and has the energy of a double shot of espresso (at least!). It is one of those pieces that I can’t imagine listening to without a smile.

The Beethoven fantasy is usually considered a “strange” piece, something like an experiment or a sketch. But I have a theory that it is Beethoven’s musical self-portrait. If you look at it from this perspective, everything in this piece suddenly makes perfect sense. You can hear him searching for a new melody, trying out different ideas, violently discarding them, getting frustrated, and finally rejoicing over the beauty that he has discovered. If I am right, this is Beethoven describing himself in his own words! Well, “words.”

Mozart’s fantasy was commissioned to showcase a giant clock that had a built-in mechanical organ, a very sophisticated, high-tech piece of machinery. I rearranged it for the piano, trying to keep it as close to the original as possible. Mozart wrote this piece in the last year of his life, and the depth and intensity of this music can be compared to the pages from his Requiem.

Of course, Chopin’s and Scriabin’s fantasies are among anyone’s favorite piano repertoire — and mine too. And there is one more piece, Sonata-Fantasy by Theodore Akimenko, a Ukrainian composer from the first half of the 20th century. Akimenko was a refugee from the Bolshevik-occupied Ukraine, and his highly original and very colorful music was forgotten for many decades. In fact, his Sonata-Fantasy has never been recorded before, even though it was written in 1913, over a hundred years ago.

If I try to describe the idea of this program in one word, the word would be: freedom. Freedom, and how it has been perceived by different composers in different times. 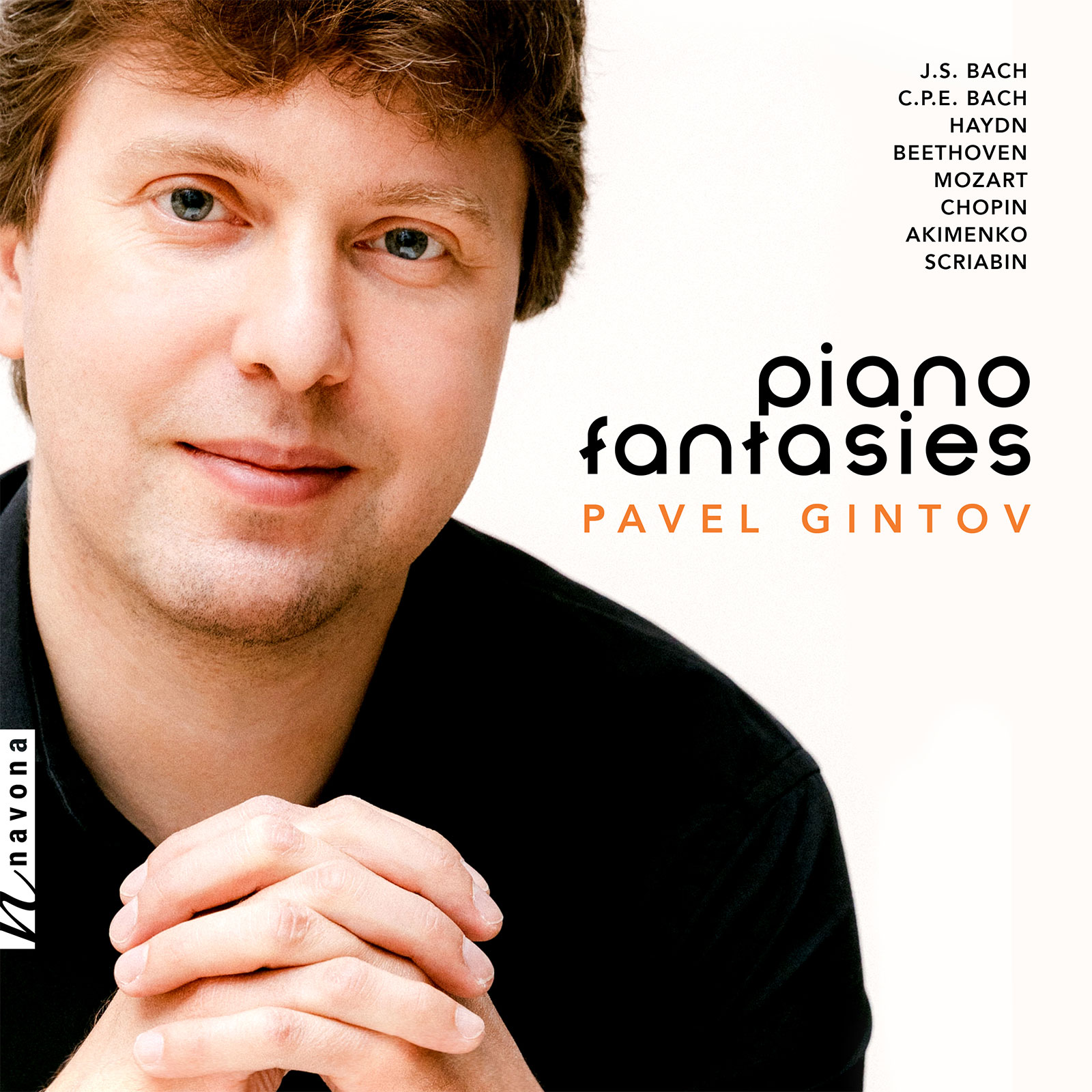 PIANO FANTASIES is available now from Navona Records. Click here to visit the catalog page and explore this album.