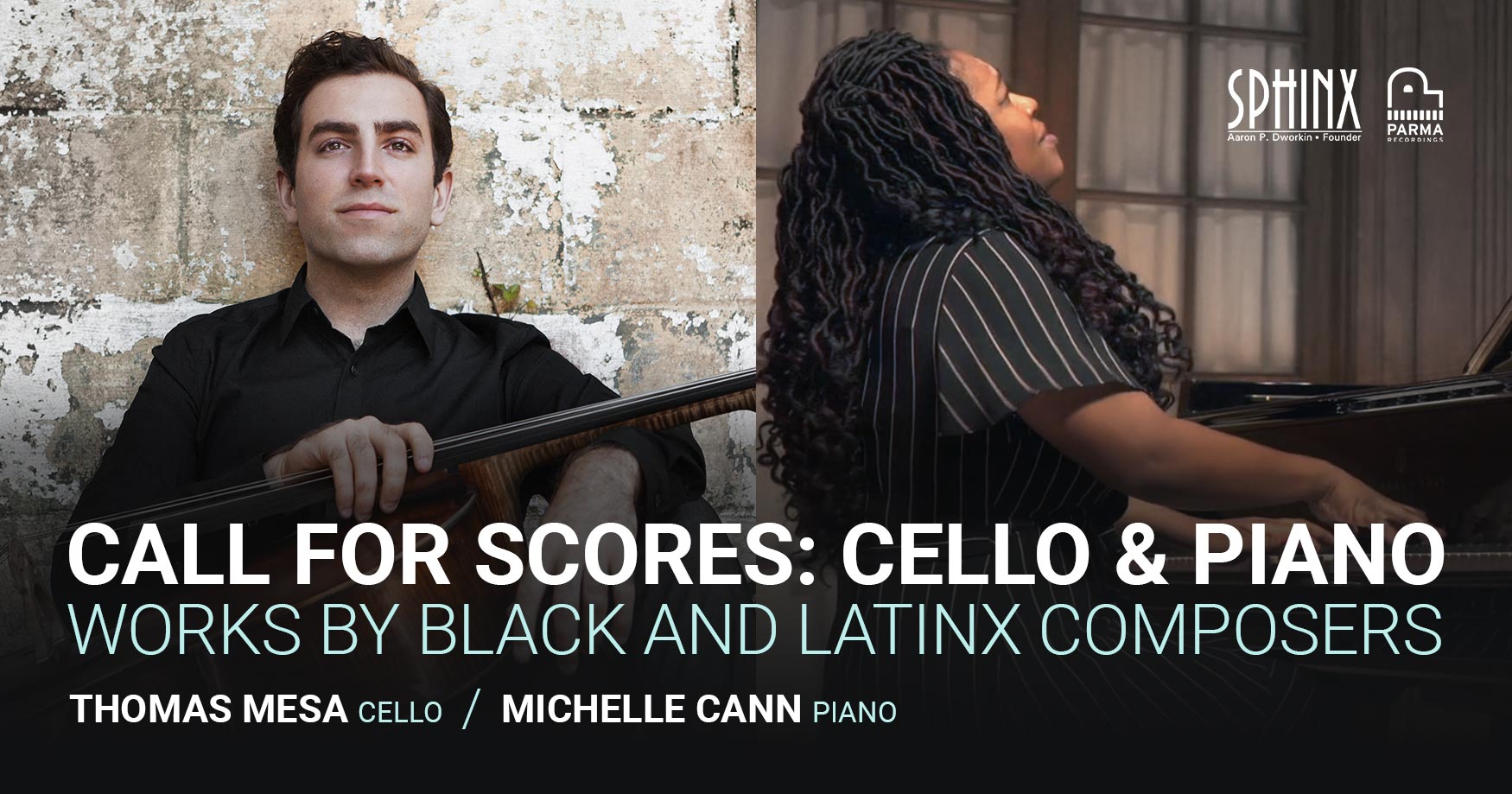 PARMA Recordings, long time collaborator cellist Thomas Mesa, and pianist Michelle Cann, were recently awarded a major Sphinx MPower grant to begin a multi-pronged project through a Sphinx Call for Scores. Together, the partners aim to raise the voices of musicians from backgrounds traditionally underrepresented in classical music with fully funded performances and recording opportunities.

Open to Black and Latinx composers, the call aims to eliminate obstacles that composers often face, whether they are younger artists without access to funding or faculty members who are limited to the resources within their university community. It will link selected artists with multiple performances and the opportunity to record a fully funded album with a GRAMMY-winning audio team on Navona Records and distributed through Naxos.

Mesa has long participated in programs with Sphinx, including the Sphinx Virtuosi touring ensemble and Sphinx Performing Academy, or “SPA,” in which he teaches cello to high schoolers through Juilliard. He was also awarded First Prize in the 2016 Sphinx Competition.

Mesa says Sphinx is a unique and exciting organization, whose founding mission was put in place over 20 years ago, making it a platform that boosts Latinx and Black artists in classical music. It provides multiple avenues for musicians to apply for grants, competitions, and major prize money.

The organization, for example, hosts Sphinx Connect each winter in Detroit, attended by 800 to 1,000 musicians who are able to attend panels and workshops as well as participate in “Sphinx Tank,” in which artists have the opportunity to present their project to investors.

Mesa has long wanted to work with pianist Michelle Cann, who recently joined the faculty at the Curtis Institute of Music, and was happy to partner with her in this Call for Scores, made possible by the grant from the Sphinx MPower program. He says Cann is “Incredibly special, having a musicality that is so inviting and intense.”

As for what Mesa sees the end product looking like, he says, “Definitely not one and done.”

In addition to having their scores recorded by a GRAMMY-winning team through PARMA, Mesa would like to help increase composers’ visibility in multiple realms, possibly connecting the resulting project with Sphinx Connect and making the chosen scores much more accessible to performing ensembles.

Mesa sees great opportunity, here, to focus the recording on compositional acumen and strength of performance since he and Cann will be able to choose works to include in their repertoire rather than it being dependent on the composer’s ability to fund the project.