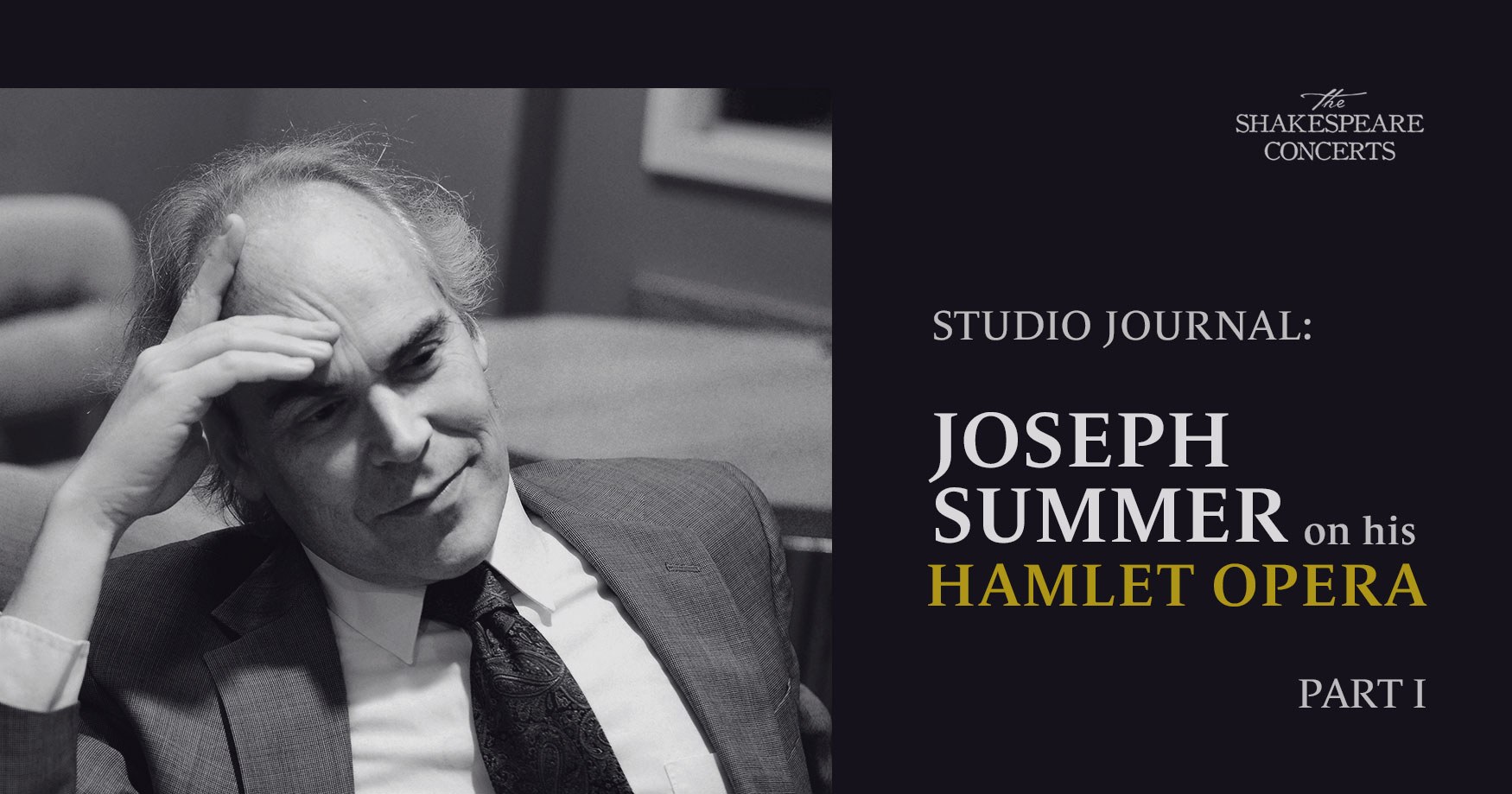 “When I was in my early twenties I concocted an absurd scheme to compose large scale operas in a musical climate that was unreceptive to new opera; and figure out how to get my music produced later,” said composer Joseph Summer in a PARMA Inside Story interview in August of 2020. Now, Summer is the Executive Director and Founder of The Shakespeare Concerts, and is currently in the middle of production on an operatic adaptation of Hamlet in Bulgaria.

Joining us on the PARMA Blog is Summer himself, in a first installment of his guest blog series, in which Summer shares his connections to Bulgarian culture and the early stages of this project. 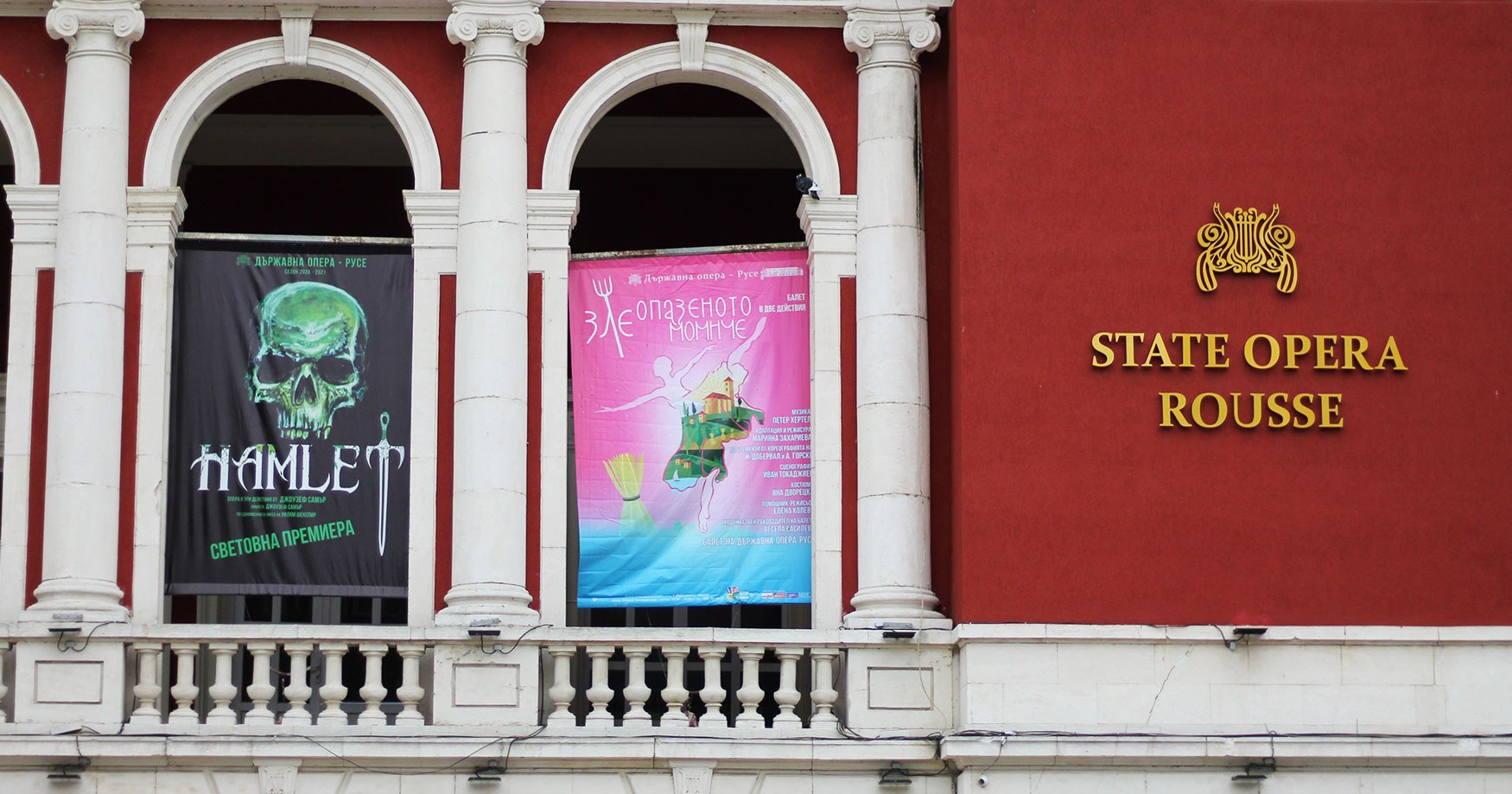 Packing a skull for Bulgaria

Heretofore I’ve never been to Bulgaria; but that’s not to say I’m unfamiliar with the country, its people and customs, its history, and its music. My aunt Joan – widow to my beloved uncle Bernie, and mother to my dearest cousins, Jack and Susan – is Bulgarian, and was not merely steeped in the culture, but a scholar in it as well. She earned her Master’s Degree at CMU with a thesis on the Kukeri. To this day, my aunt will never fail to find a way to direct a conversation towards Bulgaria.

In the summer of 1973, between freshman and sophomore year at Oberlin, I went to live in Boston with my girlfriend – who we will call Elle – in an apartment on Mass Ave, a few blocks from Harvard Yard. We shared our lodging with the apartment’s resident, a Bulgarian student named Elitza, who was a friend of Elle’s from their fancy prep school. I knew in advance about Elitza, and that she was from Bulgaria. Before leaving for Boston, I had told my aunt about Elitza, and Joan taught me some amusing things to say in Bulgarian.

At the apartment, I would throw in some of these now forgotten Bulgarian comments, as if I were fluent in Elitza’s native tongue. As a clever seventeen year old, I was proud of my occasional Bulgarian bon mots.

Not long after this Boston sojourn had begun, I was walking down Mass Ave towards the apartment when I heard my name being called, from a distance. At first — as it was a male voice — I ignored it, as no one knew me in Boston but for Elle and Elitza. But the caller persisted, and then I saw him. He was in his thirties, wearing a grey two piece suit, and walking at my swift pace across the wide avenue. Perhaps, I thought, this is just some strange guy who wants my attention and is using the name “Joe” as one might use “pal” or “Guy.” But, this was not the case. He scrambled across the dividing street, and confidently accosted me. “Joe, I have something for you to give your girlfriend.” I protested that I didn’t know what he was talking about. I was rather mesmerized by the situation. Who was he? What could he mean? “I’m a friend of Elitza’s mother,” he offered, finally.

“Oh, but I’m not Elitza’s boyfriend,” I replied. There are a few things I knew about Elitza. One: she wanted to emigrate to the United States, but she couldn’t. Why? Because, Two: Elitza’s mother was an officer of high rank in the Bulgarian Secret Police — their C.I.A — and if Elitza tried to flee Bulgaria, there would be severe repercussions for her mother; and Three: the only way Elitza could emigrate to the United States without causing her mother problems would be through marriage. I thought, is it possible that Elitza is constructing a marriageable boyfriend fiction in preparation for an escape? Elitza was of an age, twenty — whereas Elle was nineteen — where marriage wouldn’t be an unreasonable scenario to contemplate in the present.

The suit said, “Don’t pretend, Joe,” and then he began speaking to me in Bulgarian! I said I didn’t speak Bulgarian, and he said he knew that I did. “But we’re friends, Joe, so you don’t have to lie to me. Here,” he said, as he handed me a medium sized paper bag that was very heavy. “Give this to your girlfriend. Her mother sends her love,” and he walked away, leaving me holding the bag.

I took the bag to the apartment — which was less than a hundred yards away — and recounted the tale to Elitza and Elle. Inside the bag were several smaller cloth bags. Elitza opened one on the kitchen table. American Silver Dollars, from when silver dollars were silver. She explained that her mother wanted her to have money, but that it was illegal to send money out of Bulgaria, so she had employed one of her trusted agents to hand deliver this cache of valuable coins. Evidently, he didn’t want to be seen with Elitza, and had been told to give it to her boyfriend, who would pass it on dutifully, and I had actually done so.

I asked a few questions. How did he know who I was, my name and what I looked like? Why did he think I spoke Bulgarian? Why did he think I was Elitza’s boyfriend? Elitza said that the apartment was probably bugged and he had heard me saying my Bulgarian phrases. Then he jumped to the conclusion that I was her boyfriend. It seemed somewhat absurd, but also — as I was pretty dumb — somewhat credible.

The next year I would be able to put two and two together, when Elle informed me that I was going to marry Elitza, and thereby give her the opportunity to obtain an American citizenship, without causing hardship for her mother. “You’re eighteen, and can legally marry her now,” Elle explained. Four. That’s what two and two add up to. There was never a hidden listening device. Elitza had told her mother that I was her boyfriend, and that we would eventually marry. And Elitza’s mother had arranged for her agent to deliver me the money with the misinformation provided by Elitza. Elle and Elitza had planned this and maybe that was the reason for the summer in Boston with the two conspirators. I said I wouldn’t marry Elitza, and less than a week later my relationship with the furiously disappointed Elle was over.

Tomorrow, the 13th of May 2021, I will begin my sojourn to Bulgaria with my wife of 40-plus years, Lisa. I am happy to know that the secret police of the Bulgarian communist state, satellite of the USSR, is no longer in operation, nor that there is much probability that there are any extant “Joseph Summer, boyfriend of Spy Mistress’ daughter” files in the Bulgarian Ministry of Intelligence. Rather, the Bulgarian Ministry of Culture has prepared a thirty page document proclaiming their support of our Hamlet project team which will shortly commence rehearsals for the opera. My aunt says she is too old to make the journey. I assume Elitza found a way to emigrate without the burdensome necessity of marriage to me. I don’t know what the value of all those silver dollars was. I have to pack. No smuggled silver, but the Ruse Opera Company has asked me to bring with me the plaster skull I obtained for the Hamlet/Yorick photoshoot. If inspected, I might have to explain why I would have a human skull secreted in a cloth bag in my luggage.