The Inside Story: Allen Brings and SPARKS VOL. II

The album SPARKS VOL. II couldn’t be more aptly named, as bows bend and sparks fly in this vibrant collection of pieces for string orchestra. Bound to please modernists and traditionalists alike, this eclectic collection features Introduction and Roundelay for strings by composer Allen Brings.

Today, Allen is our featured artist in “The Inside Story,” a blog series exploring the inner workings and personalities of our composers and performers. Read on to learn about his intentions when composing Introduction and Roundelay, and the use of his sofa as a creative vessel when writing.

Having been born into a family where singing or playing a piano was a welcome and appreciated activity, I’m sure that I heard music before I knew what it was. It was, however, when my father purchased a radio that included a phonograph, he also bought an album of nine 78 rpm records that contained performances of music by composers from Bach to Sibelius. Quickly learning how to use the new machine, I listened to the music on these records whenever I could and confess that I am still moved by that music when I hear it now. I will also admit that it often happens that, when I listen to it now, I am still learning something about it that I hadn’t known before and am deeply moved by the experience.

As a composer I can imagine music in my mind at any time or place whether I want to or not. It could take place as I’m driving a car on a highway or when I wake up barely and briefly at night. My interest in composing began when — as a teenager and I was practicing the piano — I would stop briefly and play something that I had in my mind and then return to practicing. A few years later I would write a phrase that I had explored at the piano but then would also begin to imagine where that phrase seemed to lead the music to. When I wrote a second line and then a third, I realized that I was composing a piece and that each phrase suggested the next. As I compose now and write down whatever I want to hear, I will occasionally sit on a sofa to rest. As I do that, however, my relaxing mind finds it always easier to imagine where the music, which seems to have a mind of its own, could be going, never resting. My music therefore will always seem to move in an intended direction and invite attention to how it does that.

If a young musician wants to learn about music, it can only be by becoming engaged by music that makes demands on his attention and has a corresponding demonstrative effect on his emotional life. By being so engaged, he will likely conclude that any contributions he makes can come only from efforts that are both of the body and of the spirit. If an artist wishes to judge the value of his work, he must also become “self-critical,” that is, to be able to conclude with confidence both when he has created something of value and when he has not yet done so. When he has acquired this attribute, he can and ought to avoid seeking either approval or disapproval of his work by anyone else.

I dare speak only about my own contribution, Introduction and Roundelay for string orchestra, which I composed with the abilities of a better-than-average youth orchestra in mind. As such, I did not allow myself the free use of the kinds of demanding instrumental techniques that I would normally have expected of professional musicians. I did, however, confront these youthful players with a range of expression that they are unlikely to encounter in the new music of their time and hoped they would be able to convey this expressivity to an audience of listeners who are not allowing themselves to be distracted, and therefore will be able to respond to this expressivity enjoyably. 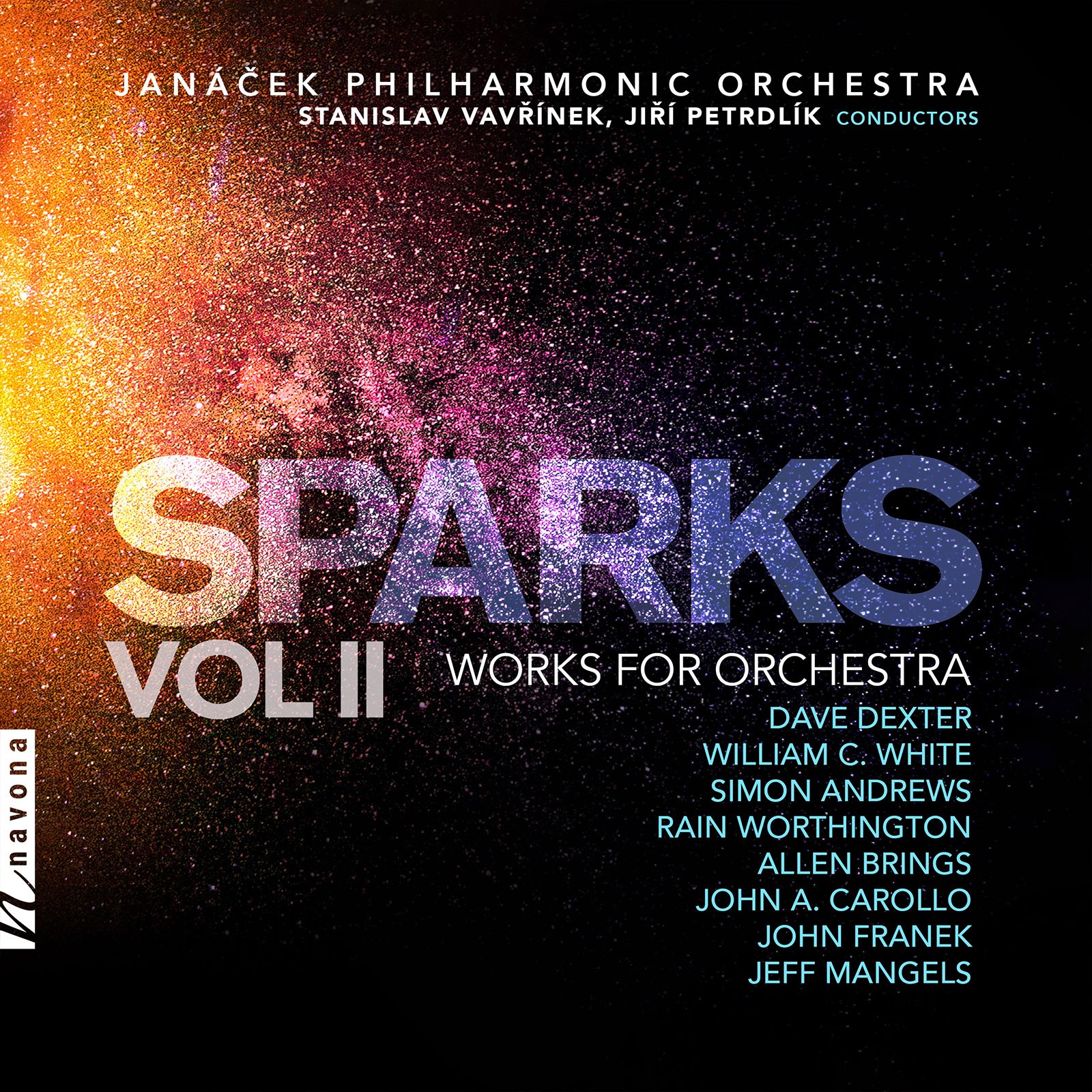 SPARKS VOL. II is available now from Navona Records. Click here to visit the catalog page and explore this album.