The Inside Story: Bill Sherrill and SUSTAIN VOL. 2 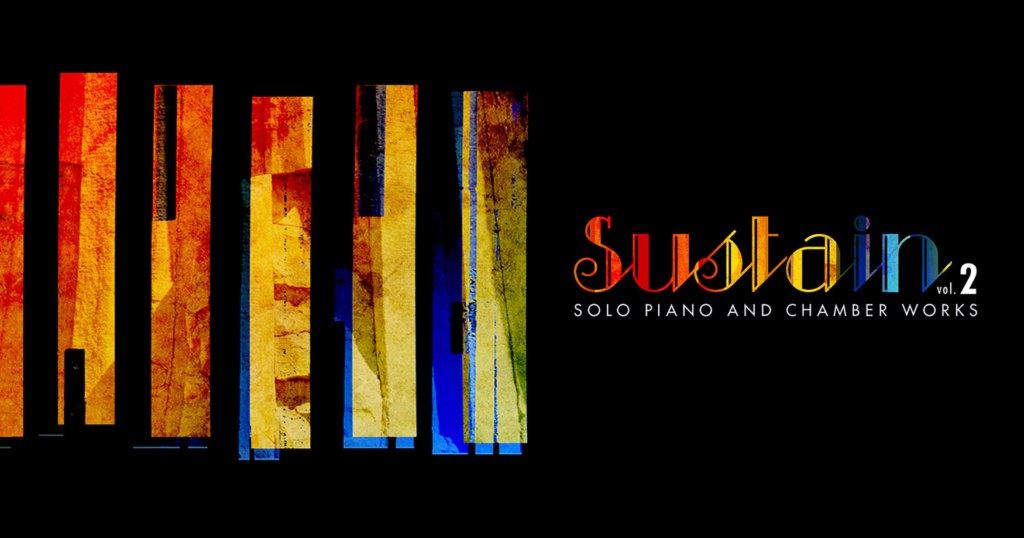 Two years after the release of SUSTAIN comes the long-anticipated follow-up, SUSTAIN VOL. 2. This fresh collection of works centered around the piano includes a range of contemporary compositional styles: tonal, atonal, and everything in between. Among this volume’s cast of new composers is Bill Sherrill with his piece Toccata, an energetic composition for solo piano performed by Lucie Kaucká.

Today, Bill is our featured artist in “The Inside Story,” a blog series exploring the inner workings and personalities of our composers and performers. Read on to learn how he rediscovered his passion for music and earned his degree in composition…

During the period of late elementary/high school I was working hard on the piano, and I was attracted to George Gershwin’s music — so much so that I ended up learning and performing Rhapsody in Blue, the Second Rhapsody, parts of the Concerto in F, and several etudes and preludes over a period of several years. When I went off to college, my piano teacher didn’t want to hear about Gershwin, and put me to work on Bach, Mozart, and the like. I didn’t react well to that!

I didn’t think so much of being an artist, but more in terms of being a performer, which to me included being a pianist and orchestral conductor. However, as a youth and young adult, those thoughts were not strong enough to overcome other pursuits in life, so I didn’t major in music in college, nor follow them for many years as a maturing adult. However, I kept in touch with music as much as possible by singing in chorales and oratorio societies. Then, in my late fifties the passion for music returned along with the opportunity to study it and I returned to school to earn a degree in composition, followed by graduate work in conducting. After that I worked as a choral conductor and composer/arranger.

Another singer and I were singing a duet during a church service one Sunday. There were four pages of music, with pages two and three on the front and back of one loose sheet. Our accompanist had not reordered his music after a prior runthrough and played from page one to page three, while we sang from page one to page two! Suffice it to say that the music went from traditional to very strange in a hurry! We managed to recover, but it was embarrassing.

We all have some of these, right? And sometimes as I watch a video — in private — of an excellent performance of a musical work, I get carried away and begin to conduct in a flamboyant, passionate way that I would probably rarely reach in real life. Let’s not go into a deeper meaning here, OK? All joking aside, it would be good to be able to give up some control in exchange for passion from time to time.

I have had several “jobs” over the course of my life and wouldn’t take any of them back. But, returning to my early dreams and fascination with orchestral conductors such as Herbert von Karajan of the Berlin Philharmonic, I guess that the ideal job would be that of orchestra conductor. And I think that I would prefer the timeframe of the latter half of the 20th Century. Perhaps I’m mistaken, but that seems to be a less complicated period.

I think I would go back to the piano. Following up on an earlier answer, I became disillusioned with my piano studies in college when confronted with an inflexible piano instructor and all the other “exciting new choices,” which soon came to the forefront. And, I naturally gravitate to an instrument that offers other voices in harmony, since over the years I have specialized in composing vocal music.