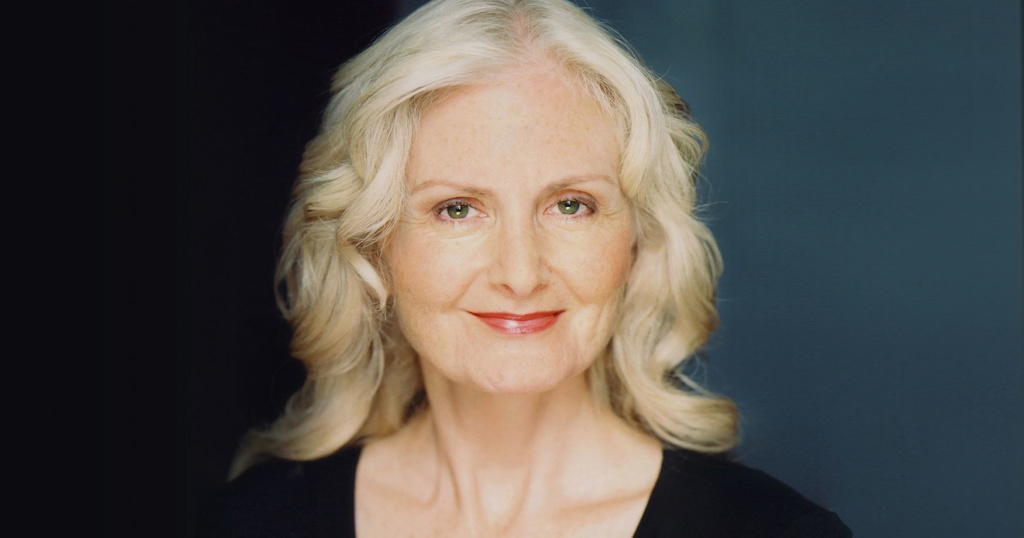 Claude Debussy, Olivier Messiaen, and Pierre Boulez are stunningly reconciled in Christina Petrowska Quilico’s Navona Records release SOUND VISIONARIES. Boasting a track record of over 50 recorded albums and having recently been named to the Order of Canada, the veteran pianist proves that despite all difficulties, finding common ground between these three composers can be done spectacularly.

Today, Christina is our featured artist in “The Inside Story,” a blog series exploring the inner workings and personalities of our composers and performers. Read on to learn about how her music made it to space, and the creative energy she feels when in New York City…

There were several artists who I absolutely loved. Sviatoslav Richter’s recording of Pictures at an Exhibition by Modest Mussorgsky; I paint and draw a lot and those pictures in sound that really spoke to me. Walter Gieseking’s definitive recording of Debussy and Van Cliburn’s recording of his winning performance of the Rachmaninoff 3rd piano concerto during the Tchaikovsky piano competition made me want to study with his teacher, Rosina Lhévinne at Juilliard. Years later, I was very fortunate to receive a scholarship to study at Juilliard and work with her. She had known Rachmaninoff and somehow that made me feel like part of the musical history. I was amazed when I heard her performances of Mozart and Chopin concertos with the New York Philharmonic at the age of 81. Her interpretations were so sensitive and musical. She was a role model and a mentor. She still taught in her 90’s and was still brilliant and witty. Glenn Gould’s iconic recording of the Bach Goldberg Variations made me fall in love with Bach. Although I was about 10 at the time, I also listened to Gould’s recordings of Schoenberg, Webern, Berg, and Krenek. It was challenging, but I was up to the adventure of discovering new music. I also listened to Boulez and Cage recordings. Their writings on music encouraged me to play many unique and unusual works for the piano.

Pierre Boulez was an inspiration, so brilliant, intimidating, yet kind. I had the good fortune of meeting him on several occasions and receiving personal coaching from him on the performance of these sonatas. I had also created a set of drawings based on serial techniques and received Boulez’s approval to use his music in my art:

“I have seen the graphics of Christina Petrowska-Brégent using — very ingeniously — my printed score and I definitely agree that she can use my score for showing these graphics, very inventive as they are, for any visual purpose.” – Pierre Boulez

He also met my first husband, Québec composer Michel-Georges Brégent, and recommended him for a grant to study in Paris and London.

Through Boulez, I gained a strong connection to the music of Messiaen, with whom Boulez had studied. I have always been fascinated by birdsongs, Gregorian chants, and the rhythms of Indian ragas, so it seemed natural to perform his music. I was around 15 when I began performing Messiaen and received excellent reviews from the New York Times on my concerts of his music. The music seemed to flow through my fingers and felt very natural.

When I was performing and studying in Paris, France, I met an elderly composer whose work I had performed there. His wife had an aunt who had known Debussy. There were letters from Debussy hidden in the piano bench. The very conservative family decided never to reveal the letters. What a shame, but it was amazing to meet someone so closely connected to Debussy.

I would like audiences to feel how Debussy, Messiaen, and Boulez were exceptional painters in musical sounds, discovering new combinations of color, form, and line. They were visionaries – ahead of their time but with strong links to the past, each propelled by his unique imagination, musicality, and passion. As Debussy once wrote to Edgard Varèse, “I love pictures almost as much as music.” Since I also paint, draw, and write poetry, performing with tonal color, line, form, and texture is extremely important to me.

There is much more I could say about these three unique composers and what I would like to communicate but I hope my playing of their music will speak for me.

What was your most unusual performance, or the most embarrassing thing happened to you during a performance?

The most unusual performances — although they were really recordings from live concerts — were the debuts of two of my CDs, both of which were out of this world…literally! On the space shuttle Challenger, Canadian astronaut Steve MacLean brought with him a new CD of mine with Star-filled Night, a piece written for me by Alexina Louie. A few years later, he asked his friend, composer David Mott, for music to take on the shuttle Atlantis. It was Eclipse, a concerto for piano with world music instruments, which David wrote for me. I love science and science fiction, and had I been better in math, would have loved to be an astrophysicist or astronaut.

Most performers could undoubtedly write a book with embarrassing events that happened before, during, or after concerts. I was giving a solo recital in Paris as a teenager at the ORTF (now Radio France). I hadn’t paid much attention to the labyrinth of corridors and doors. They told me they would let me know when to go to the stage. It seemed like an eternity, so I went to the stage door, only to be told that the Paris Opera was there. The producers, who had been looking for me, finally found me, showed me the correct door and told me to wait five minutes and then go in. However, when I tried to open the door, it was locked. I asked someone in the building for help, only to be told that the concert was already underway. The producers finally showed up, quite acerbic until I pointed out the locked door. So they unlocked it and told me to wait another five minutes and then enter. I opened the door, but no one had mentioned there were stairs and down I tumbled, in my gown. Luckily, I was unscathed, and so happy to finally reach the piano that I played very well and the reviews were excellent. But it’s not a strategy I would recommend! And it was far from the only time I’ve been lost backstage in a large concert hall!

Several times someone has forgotten to secure the piano wheels, and as I began playing, the piano started sliding away from me. Another time, a trap door hadn’t been locked, and as I began Liszt’s La Campanella, with the heavenly bells ringing upwards on the piano, I found myself heading in the opposite direction! Stagehands rushed to the stage. After taking a small break, I returned, and received a big ovation.

And we shouldn’t forget the zealous cleaning lady, who proudly told me just prior to a big concerto performance, “Lady, I polished the keys just for you!” Her helpful efforts gave new meaning to “glissandi” or being “a polished player” when playing double thirds!

I would go back to New York. I love being in the city and performing there. The excitement and energy inspires me. I grew up in New York City, on Fifth Avenue across from Central Park near the Metropolitan Museum of Art. I spent so many hours at the Met. My first daughter was born in the city, and we spent many hours at all its museums and concert halls. I performed in so many concert venues in New York and each was special – particularly Carnegie Hall, Alice Tully Hall, Lincoln Center and MOMA’s sculpture garden. I graduated from  the High School of Performing Arts, and attended Juilliard pre-college at the same time, then received my bachelor’s and master’s degrees at Juilliard. The art, theater, and great musical artists that I saw and heard in New York have left indelible memories and shaped my creativity and musicianship. Growing up in Manhattan was a glorious time and every time I perform or visit there that happiness and creative energy is rekindled.

I made my New York debut with orchestra at 14. Murray Perahia and I were co-winners of the concerto competition. I played Mozart and Murray played Beethoven. We received a fabulous review from the Times. Years later, I accompanied my second husband, baritone Louis Quilico — who had been a Metropolitan Opera star for over 25 years — in his final New York recital. Louis had sung in the major opera houses with Luciano Pavarotti, Placido Domingo, Jose Carreras, Renata Tebaldi, Mirella Freni, Leontyne Price, and Joan Sutherland, to name only a few. He loved the Metropolitan Opera and I loved performing anywhere in New York. We both felt very much at home there. It is a very special place for me and I always feel creative and excited artistically when I am in New York.

I am in love with the cello. When I was a young student, I would fall in love with all the cute guys who played the cello. But I quickly realized that it was really the instrument and its repertoire that I was in love with. 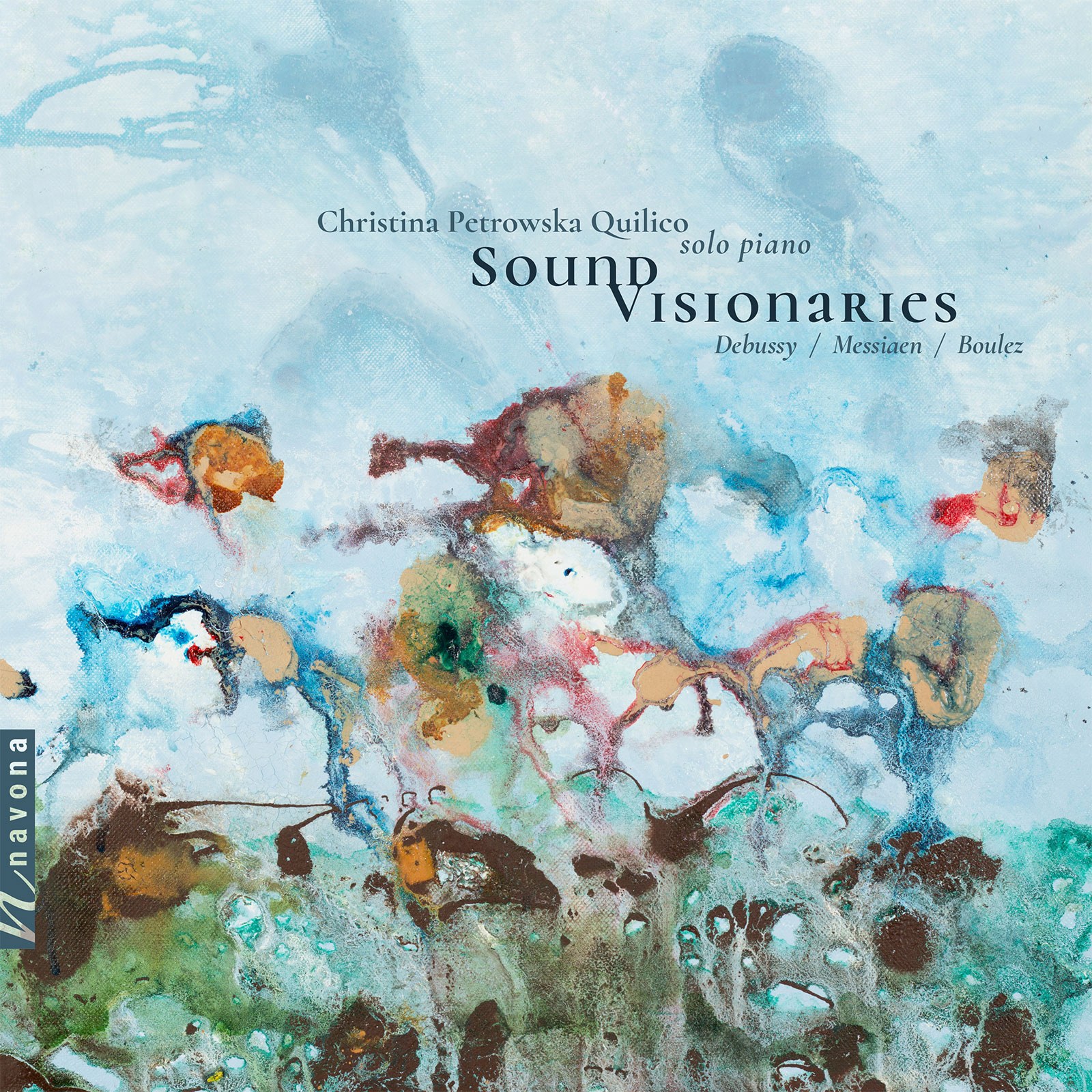 SOUND VISIONARIES is available now from Navona Records. Click here to visit the catalog page and explore this album.