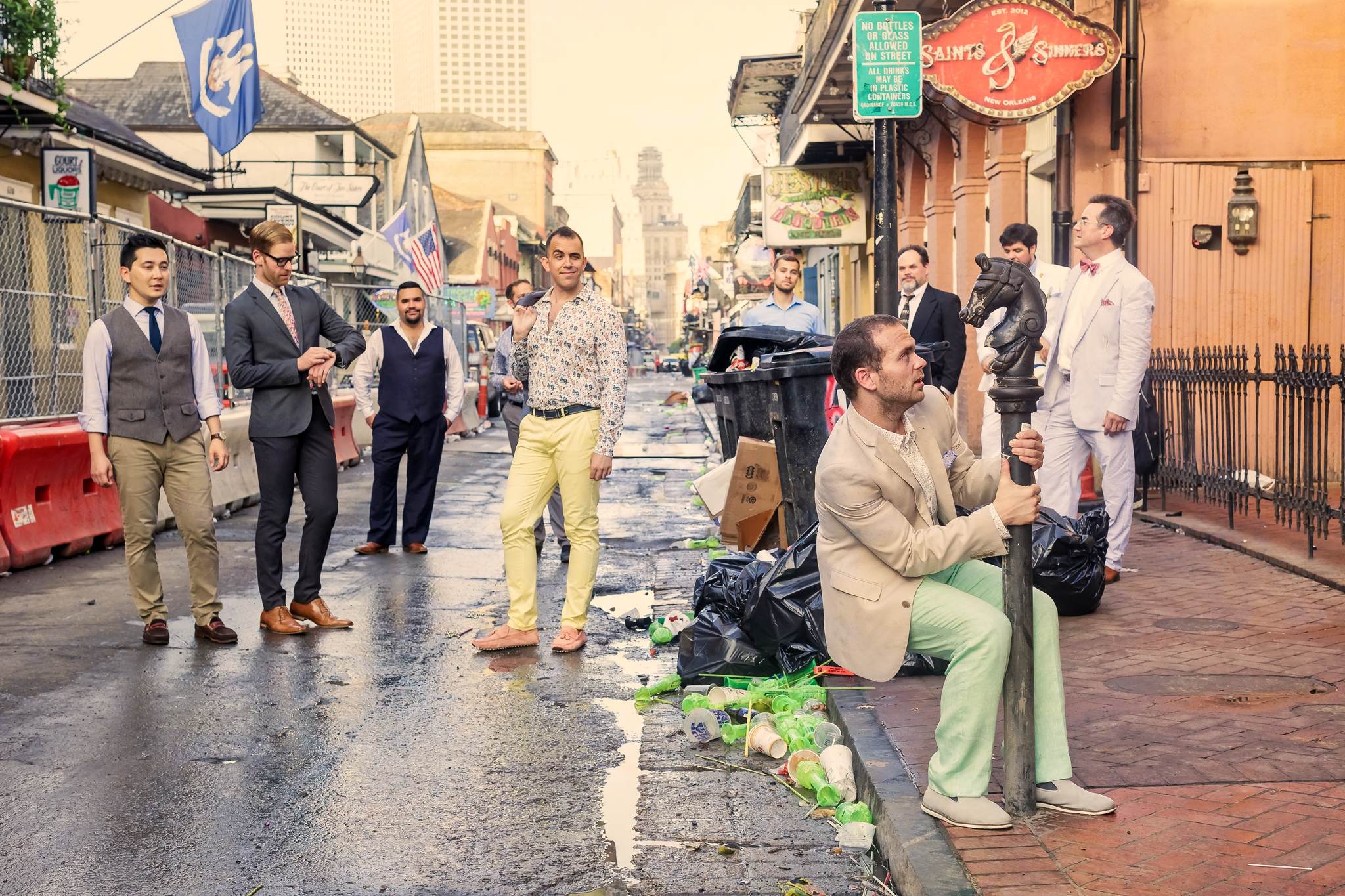 Lauded by the Boston Classical Review for his “expressive energy and ringing high notes,” deemed “sweet and appealing” by The Boston Globe, and complimented for his “clear and even tone” by New York Arts, Eric Christopher Perry is gaining an international reputation for his “indefatigable” energy and his imaginative chamber music performances as a conductor, vocal artist, and educator.

Today, Eric is our featured artist in “The Inside Story,” a blog series exploring the inner workings and personalities of our artists. Read on to discover which small northern country Eric would most like to spend creative time in and why…

I listened to a lot of Simon & Garfunkel as a child and frequently sang these songs with my father (who is a brilliant singer and guitarist himself). A friend of mine introduced me to the music of Ben Folds when I was a teenager. My life was forever changed – I knew I wanted to be a professional musician after I watched Ben Folds Five play through their The Unauthorized Biography of Reinhold Messner at Colgate University right before they broke up. The intensity! I also had a great appreciation for Canadian music, especially folk/indie/pop/rock acts: Barenaked Ladies, Moxy Früvous, Neil Young, Tegan and Sara, Rufus Wainwright, The Tragically Hip. And, of course, what musician’s childhood would be complete without The Beatles?

A 2009 pop radio Spotify playlist and a can of chub mackerel makes for a pretty fine evening in my books. Don’t you think?

If I weren’t doing music full time I would totally be a truck driver. Or, one of those Instagram travel-blogger/influencer types with millions of followers a day. I would go anywhere. Can people make money doing that? I suppose they do. Maybe with food pictures. Lots of food pictures.

Reykjavík, Iceland. The narrow streets, the air, the language, the cultural pulse…I visited in 2012 and every day I dream of going back just to write music and research repertoire. It is an absolutely incredible place to be. Icelandic choral music is phenomenal. I could listen to the Mótettukór Hallgrímskirkju sing works by Þorkell Sigurbjörnsson and Anna Þorvaldsdóttir every single day. And that church…what an architectural marvel.

Oh, there are just so many to list, but if I had to pick one moment to draw one’s attention to, it would be in Darius Milhaud’s Psaume 121. The text: “Celebration of Israel To give thanks to the Lord. There the thrones are set. The foundation of the house of David.” The raw power and ferocity that opens the phrase slowly evaporates to an introspective and reverent dynamic. The sensitivity, the care, the craft…all evident in this specific section of LAMENTS. I think it shows RenMen at our best – the musical flexibility of this ensemble is endless. We have been working with our composer-in-residence, Daniel E. Gawthrop, since the beginning, and every time we travel with one of his pieces, it is always the fan favorite. Rightly so. There are many heart-stopping moments in his The Promises of Isaiah the Prophet, but spoiler-alert: Alexander Nishibun’s high-C at the absolute end of the record is extraordinary.

Yeah, this has been a long, long road for us. Speaking for the organization, I feel this record is a culmination of our first five years as a band, not just five days in the studio and two years of production. Honestly, we didn’t know what we were getting into (dare I say we still don’t, really), but we knew we had something unique to contribute with our individual voices, our creativity in our programming, and our bond as artists. To carve a niche in Boston’s incredible music scene and to maintain our viability, integrity, and good health in the process does not come easily or without failure. This record is not just a demonstration of devotion, but evidence that it can be done if it needs to be done, no matter what it takes. The producer of the album, Chris Sclafani, is a college mate and fraternity brother [Phi Mu Alpha Sinfonia], so collaborating and reconnecting with him was super cool after all the amazing stuff he’s gone on to do with artists like Justin Bieber and Ed Sheeran. It’s all very surreal…[it’s] fun to watch us all grow up.

RENMEN LAMENTS is now available through Navona Records for streaming or purchase. Click here to explore this new album.