The Inside Story: Georges Raillard and PATTERNS 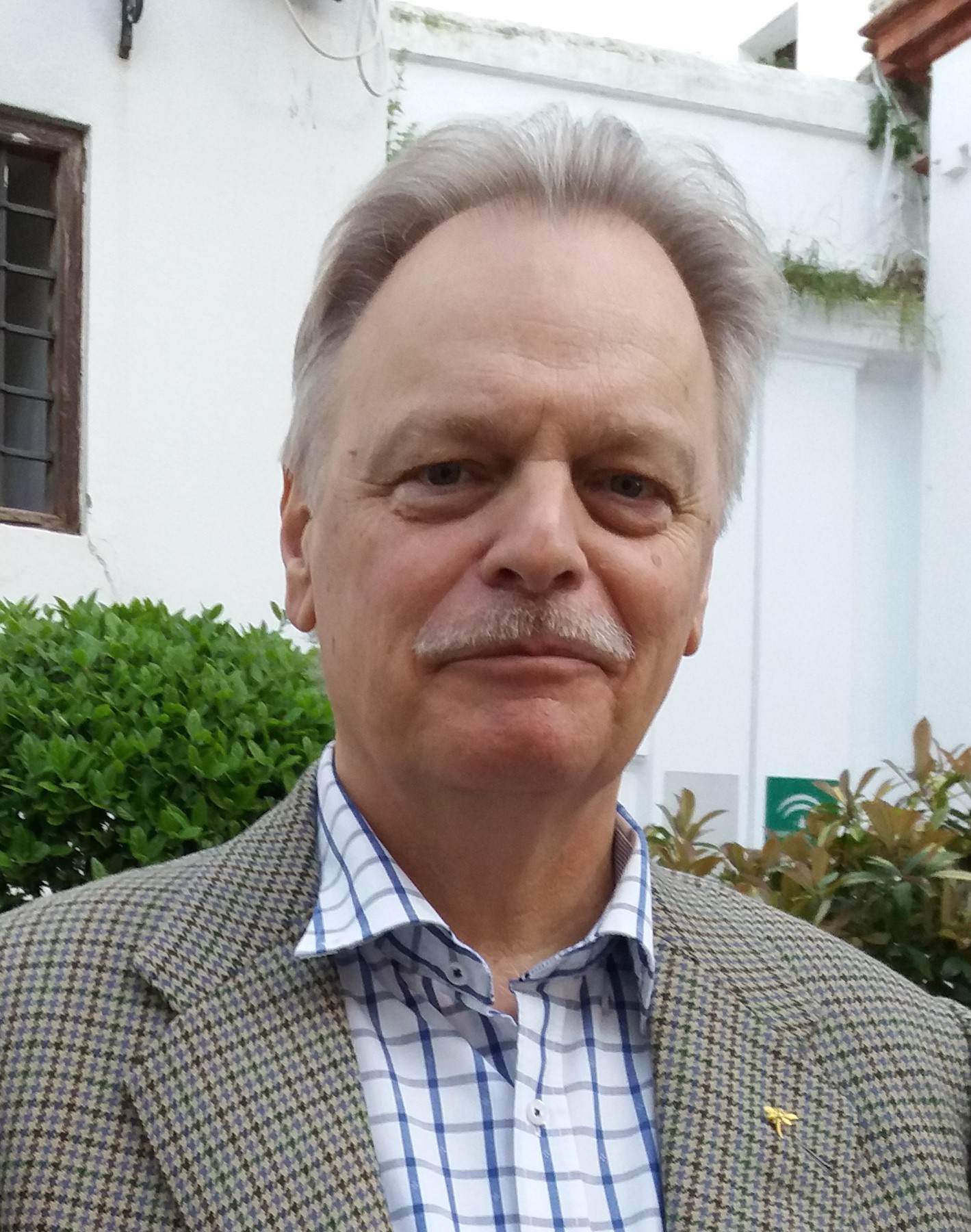 Georges Raillard was born in Basel, Switzerland, in 1957. There he completed primary and secondary studies and studied foreign languages at the university level. From 1983 to 2001 he lived in Madrid as a teacher, translator, and writer, and since 2001 he has mostly lived in Basel. From 1973 to 1978 he took private classes on classical guitar and composition with Elfin F. Vogel in New York. Since 1974 he has composed more than 50 pieces for guitar, and in 2010 he won the second prize of the composition competition at the Claxica guitar festival in Castel D’aiano, Italy, with the composition Zerfall (Disintegration), his piece on Navona Records’ PATTERNS.

His composition Sinking Islands was released on the Navona Records multi-composer album BETWEEN THE ECHOES in 2016. His album BUTTERFLIES IN THE LABYRINTH OF SILENCE was also released on Navona Records in 2017. Both were performed by guitarist David William Ross. He has also published short stories, articles, and reviews in magazines and anthologies in German-speaking countries. Since 2015 he has been translating poems by the Spanish poet Manuel Álvarez Ortega (1923-2014) from Spanish into German, in collaboration with María Pilar Arroyo Navarro.

Today, Georges is our featured artist in “The Inside Story,” a blog series exploring the inner workings and personalities of our artists. Read on for a glimpse into Georges’s daily creative practice…

A sequence of tones, a chord, a rhythm, a sound, a mood… i.e. bits or sparks of something possessing creative energy and expressive potential.

The titles of my compositions are descriptive, not programmatic. Often they relate to moods or experiences I had while composing the piece. The title comes in at the end, or almost at the end, of the composing process.

In general Art is, for me, more about enhancing and ennobling the “material” (details, bits, parts) than illustrating, staging, or reinforcing—in short, serving—an already existing idea, hypothesis, ideal, faith, ideology, etc., which, in its most extreme realizations, ends up in (religious, ideological, even political) propaganda. It’s about discovering and disclosing the potential and the energy hidden in the material. My concept of Art is materialistic rather than idealistic; bottom-up, not top down.

Every musician, as artists in general, lives in the conflict between creative freedom and the need to survive in a world ruled by the mechanisms of supply and demand. Before dedicating oneself to music, one should bear in mind some questions life will eventually pose: To what extent are you willing and prepared to renounce to material goods in order to preserve your creative freedom? To what extent are you willing and prepared to sacrifice your creative freedom to being successful? Where do you set the limits? Do you have a backup plan if you fail to be successful and make a living from music? What will you do to preserve your musical integrity when success is threatening to swallow you?

My first musical experience was hearing my mother practicing the violin every day for an hour or two in the room next to mine where I was playing with my toys. She used to begin playing scales, then continued practicing the violin parts of trios, quartets, or works for orchestra, because she played in different chamber music ensembles and in an orchestra. She wasn’t a professional musician, but a passionate amateur. Her playing was the sound of my childhood—it was the sound of home and it meant my mother was near. But it also meant she wasn’t entirely at my disposal, but had a life and activities of her own which had nothing to do with my necessities. By playing music she seemed to create a world not only beyond my necessities, but all necessity, because at that age of mine my necessities were the whole world’s necessities.

I received classical music training, first from my mother, with whom I took piano lessons for a year or two as a child, and in my late teens and early twenties I studied classical guitar, music theory, and composition lessons for several years. In those years my main inspiration, or points of departure, for composing was applying the teachings and doctrine of harmony, counterpoint, rhythm, and musical form, analyzing the works of Bach, Bruckner, Mozart, etc., and also the 20th-century composers such as Bartók or Ligeti.

In later years the approach became more sensory and eclectic and I became more interested in the sound and expressiveness of what I heard or played than in theoretical concepts and precepts. Therefore nowadays I always write down a new composition in tabs because tabs translate more exactly what I play and how I play it than the traditional notation, the latter of which in my more recent compositions is just a spin-off of the tabs.

Each time of the day has its own creativity. In the mornings, the earlier the better, as my mind is fresh, self-sufficient, flexible, and very open to ideas for creative processes “out of nothing,” like short stories. So these are the hours I prefer for writing (because I am a writer, too). In the later afternoon and in the evening my mind is somewhat weary from the day’s activities and needs a material support for creating. Tones, sounds, and especially rhythms, besides a musical instrument to be handled and mastered, carry me on and help me to continue creating. These are the best hours for musical creation.

As for favorite places, I prefer them so familiar I don’t have to give attention to my surroundings because I know them inside out. At the same time I don’t like to be isolated. I like someone I can talk to at some given moment being around and doing things. Distraction is as important as concentration for creating because creation needs alternating periods of closeness and distance, concentration and distraction, activity and resting. Creating is a rhythmic process.

Disintegration on PATTERNS is now available for streaming or purchase through Navona Records. Click here to explore this new album.