The Inside Story: John G. Bilotta and MOTO ETERNO

Ten international composers showcase their respective styles on MOTO ETERNO, the latest installment of Navona’s successful MOTO chamber music series. Like the previous MOTO releases, MOTO ETERNO is the result of a wide-ranging Call For Scores and a scrupulous selection process. Among these scores is Beauty from Forgetfulness, a one-movement work for piano trio by composer John Bilotta. Acclaimed piano trio Trio Casals (Ovidiu Marinescu, cello; Alexandr Kislitsyn, violin; Anna Kislitsyna, piano), masterfully perform this piece in addition to their other favorite picks.

Today, John is our featured artist in “The Inside Story,” a blog series exploring the inner workings and personalities of our composers and performers. Read on to learn about John’s interest in all things science, and his advice on gaining valuable experience in composition…

When I was young, I was totally engrossed in science and science fiction. I even tried writing a science-fiction novel when I was eleven but got exhausted after about twelve chapters. My view of what good science-based stories can be has changed dramatically since the sixth grade, but if I could no longer compose, I might try my hand at writing again.

Here’s what I told my very talented great-nephew who has developed an interest in composition over the last several years: talent isn’t enough. You need experience. Whenever possible, work closely with the musicians who will play your work. Ask for all the feedback, suggestions, and criticisms they can offer. Don’t be defensive—learn from the performers. All the orchestration books in the world won’t tell you how to write idiomatically for any instrument — and write a lot. Linus Pauling once said that the best way to have a great idea is to have a lot of ideas. Don’t be shocked by your mistakes, let them educate you. Most important of all, learn to be selfish with your time.

I have become more and more interested in music that is tightly structured, in which all the elements of a piece are interrelated: nothing extraneous, and nothing that does not contribute to the success of the whole.

In the fourth and fifth grade in New Jersey, I was assigned to the Ridgewood Boys Choir, an activity that took me away from my regular class every few weeks or so. I still have the vinyl record an engineer recorded at our end-of-the-year concert for the parents. In fifth and sixth grade, my parents sent me off to accordion lessons which I enjoyed but wasn’t particularly good at. The positive outcome is that by the end of elementary school, I could read both treble and bass clef — pretty much my entire musical education to that point.

All areas of science, archaeology, anthropology, ancient history, languages, and mathematics. My first successful opera was Quantum Mechanic—that pretty much says it all.

Excluding performances on television, the first live performance of concert music I ever saw was when I was in 10th grade and the school concert orchestra played a movement from Prokoviev’s Fifth Symphony and the chamber ensemble played a baroque work. The first public performance I ever went to was in high school when I convinced my father to take me to see Victor Borge. We laughed ourselves silly. In college, I went to watch Stravinsky conduct Oedipus Rex and the Symphony of Psalms but the composer wasn’t well and Robert Kraft conducted. Stravinsky came out at the end for a bow—it was thrilling to see him even if all he did was bow. 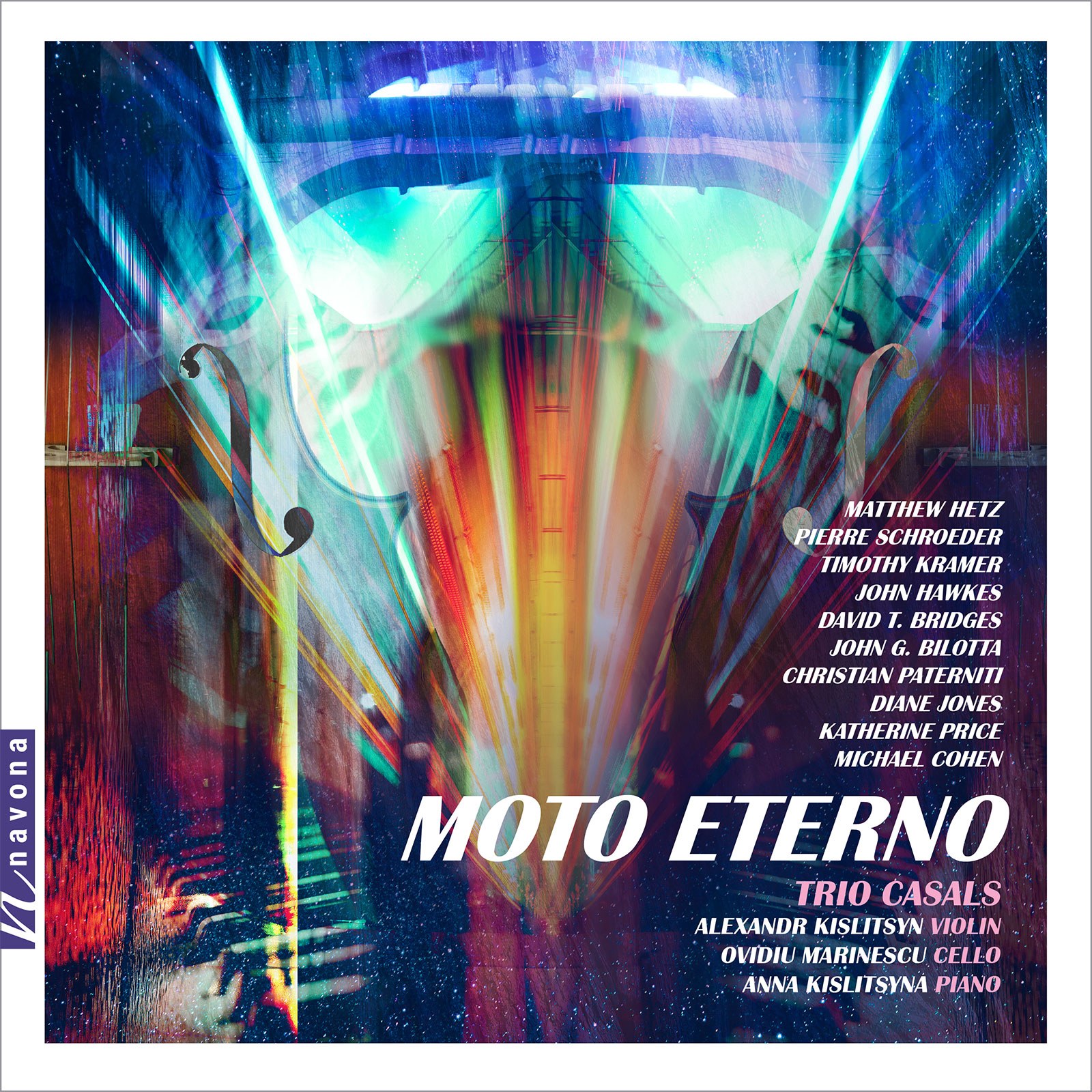 MOTO ETERNO is available now from Navona Records. Click here to visit the catalog page and explore this album.