The Inside Story: John Robertson and SYMPHONIES NO. 4 & 5 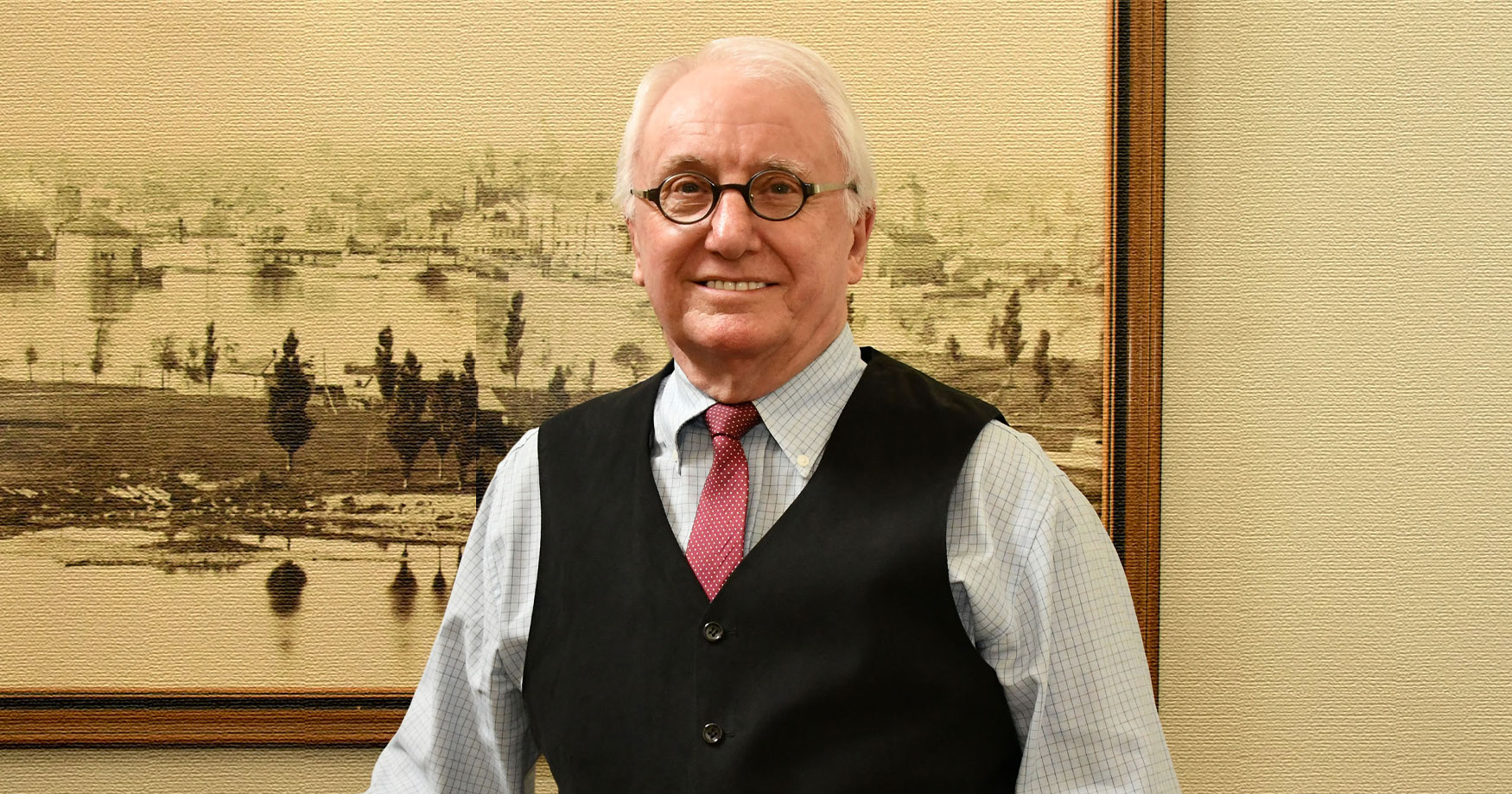 In an age accustomed to three-minute pop songs being the norm, does the world need more full-length symphonies? Yes, says New Zealand Canadian John Robertson with his new release, SYMPHONY NO 4 & 5. Like their predecessors, these orchestral works make no sacrifices in terms of scale and style: they aim to be grand, aesthetic compositions, and are intended to be enjoyed as such.

Today, John is our featured artist in “The Inside Story,” a blog series exploring the inner workings and personalities of our composers and performers. Read on to discover how childhood trips to the movies influenced him as a composer…

My first truly professional performance took place in Rusé, Bulgaria, a charming city of less than 200,000. The concerts (there were two) were well advertised around the town. I was assigned a translator since I speak no Bulgarian and she taught me to say “dobr vecher, dami y gospodà” which I managed to say correctly, and which prompted applause; she then said in English with a straight face – “good evening ladies and gentlemen”. We then continued with my English and her translation. “Keep the sentences short so I can remember them, and no technical terms!” was her only request.

Lorenzo da Ponte? W.S. Gilbert? William Shakespeare? It would need to be someone who can write in colloquial but not slangy English, in shortish sentences that clearly put across meaning and will bear a little repetition. I think a libretto writer is a very special kind of person, and they’re not exactly thick on the ground. Now, one collaborator I did have who was of great assistance was Sylvia (I can’t remember her last name) the choreographer at the Rusé State Opera at the time of their production of my opera “Orpheus”. Her experience in moving people around the stage was invaluable and when there were places where the music was still going but the dancers weren’t, two minutes consultation were enough to produce the suitable steps needed.

I hope that my influences have been absorbed into my own style and don’t obtrude too much. They exist of course and I won’t deny them: I don’t believe anyone has no influences at all but no-one wants signs all over the music declaring “here’s what Shostakovich taught me” or “this sounded great when Britten did it so I did it too.”

When I was young I went to the movies a lot as my aunts (of whom I had literally more than Siegfried), some of whom were teenagers when I was born, took me with them, and before the show started they played ‘classical’ music in the auditorium so I heard and was enchanted by things like the “Barber of Seville” Overture, or the Overture to “Zampa”, and other such light classics. These pieces started my exploration of music, which continues to this day.

Check the parts! Otherwise relax as much as possible: as a composer things are now out of one’s hands; the conductor and players are going to make or break the piece. Still, I do get nervous before a performance, not to the point of being sick, just jumpy fearing that something will go wrong. It almost never does!

I hope listeners will come away from this album with a feeling that they understand what I am trying to say, which will be differently interpreted by each person. I don’t actually believe a composer is speaking of direct feelings or emotions; music isn’t as precise as that, however a piece overall still offers an experience that can be shared by other people. Of course in the case of the “Meditation: In Flanders Fields” the spoken poem provides a concrete emotion which the music then builds upon. 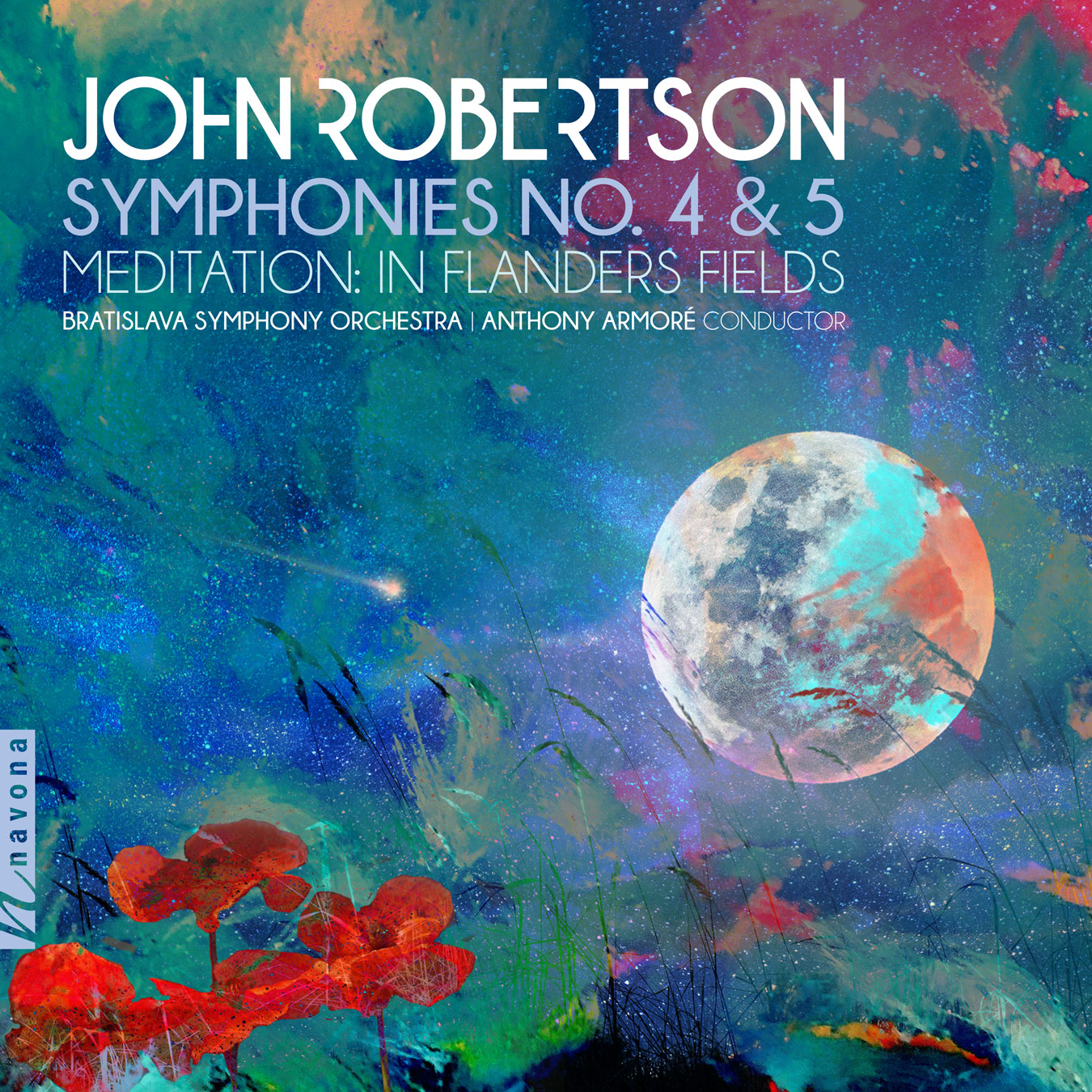 SYMPHONIES NO. 4 & 5 is available now from Navona Records. Click here to visit the catalog page and explore this album.