The Inside Story: Ken Kuhn and WINDSWEPT 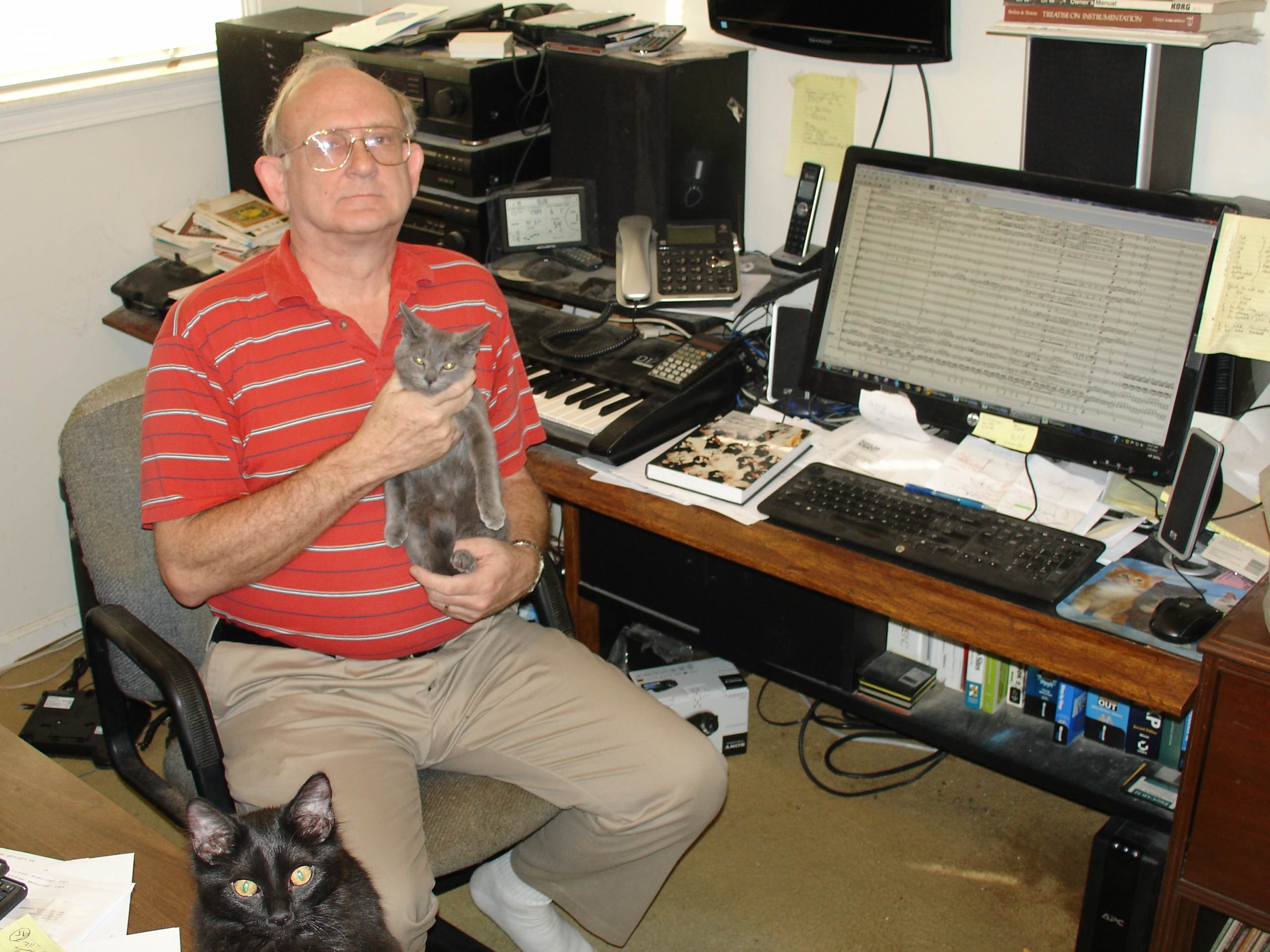 Kenneth A. “Ken” Kuhn is an electrical engineer specializing in electronic circuit design who had the privilege of growing up with a great appreciation of classical music. His favorite composers include Anton Bruckner and Gustav Mahler. Over the years, classical music enhanced mental skills valuable for his engineering career. Ken found that composing music and designing electronic circuits are very interrelated, and each enhances the other.

He began composing music in his youth in the 1960s and learned how to compose by carefully listening to the many classical composers. Ken composes because, as he states, “there is music I want to hear but since no one has written it then I must write it myself.” His compositions are of the neo-romantic genre where the music conveys grand concepts that transcend spoken language through rich melody and texture. Ken is a member of the Birmingham Art Music Alliance and several of his works for piano and various ensembles have been performed at local concerts.

His retirement plans are to complete many drafts of piano and orchestral works he has accumulated over a lifetime. Ken resides in Birmingham AL and shares his house with a number of mischievous but lovable cats who otherwise would not have homes.

Today, Ken is our featured artist in “The Inside Story,” a blog series exploring the inner workings and personalities of our artists. Read on to discover where Ken finds he is most creative…

There is music that I want to hear but since no one has written it then I must write it myself.  There is very close interplay in my mind between visual and melody, and inspiration has often come from some visual scene that evokes a musical theme. I am very inspired by many classical composers, and a childhood dream was to be able to compose like the classical composers and have my music performed by an orchestra. Thanks to PARMA I was able to hear an excerpt of one of my orchestral works. It is a fulfillment of a childhood dream to now be referred to as a composer.

Actually I am an electrical engineer specializing in advanced electronic circuit design which is a very creative process, so the creativity of composing music is natural. Music is often going through my head when I am doing some intense electronic design. My interest in electronics took career precedence but I always think about music.

I have been very creative while taking long walks or while doing a long easy drive in light interstate traffic. I think the key is that there are minimal distractions so I can focus better. Sometimes when I get home and try out a musical concept on the piano I find that what seemed like a good idea works terribly. Other times it is very good. In my younger years I often worked on music while in bed prior to going to sleep. Other times I would sit at the piano and try out various concepts and see how they could be developed.

I have a very deep interest in electronics and its history and operate a large website devoted to the history of the Hewlett Packard Company when it was an instrument company – i.e. before computers. I have had the privilege of going on a private tour of the famous garage in Palo Alto CA, where it all began. I also study economics and understand much that the ordinary public is very misinformed and confused about. I love cats and have nine feline companions, all of whom needed homes. Some of them, particularly Tiger, sit near me when I play the keyboard and seem to enjoy it, and Mitsy knows when a piece is nearing the end and begins meowing for me to play with her.

When I was in grade school we would attend a special concert for grade schoolers by the Birmingham Symphony Orchestra (now known as the Alabama Symphony Orchestra). I have always had a fond memory from around 1964 of the orchestra performing an adaptation of Bach’s Little Fugue in G-minor. I loved that short work and it has been a favorite ever since. It has all of the elements I like in music – opening in a minor key, a great melody, interesting development and building, and closing triumphantly in a major key. My composition on WINDSWEPT follows that pattern.

All of the classical composers are my mentors. I study their works and have learned much about composing. I have never had formal music training other than piano and clarinet lessons in my youth. In 2014 I became a member of the Birmingham Art Music Alliance which puts on free concerts of music for small ensembles by local member composers. As an engineer, being able to talk music shop with real musicians has been a real help as one can only go so far with self-education. One member made suggestions for subtle improvements for my composition on this album.

Variations on a Commoner Theme, No. 1 on WINDSWEPT will be available for streaming or purchase through Navona Records on August 23. Click here to pre-order.