The Inside Story: L Peter Deutsch and VOICES OF EARTH AND AIR VOL. II 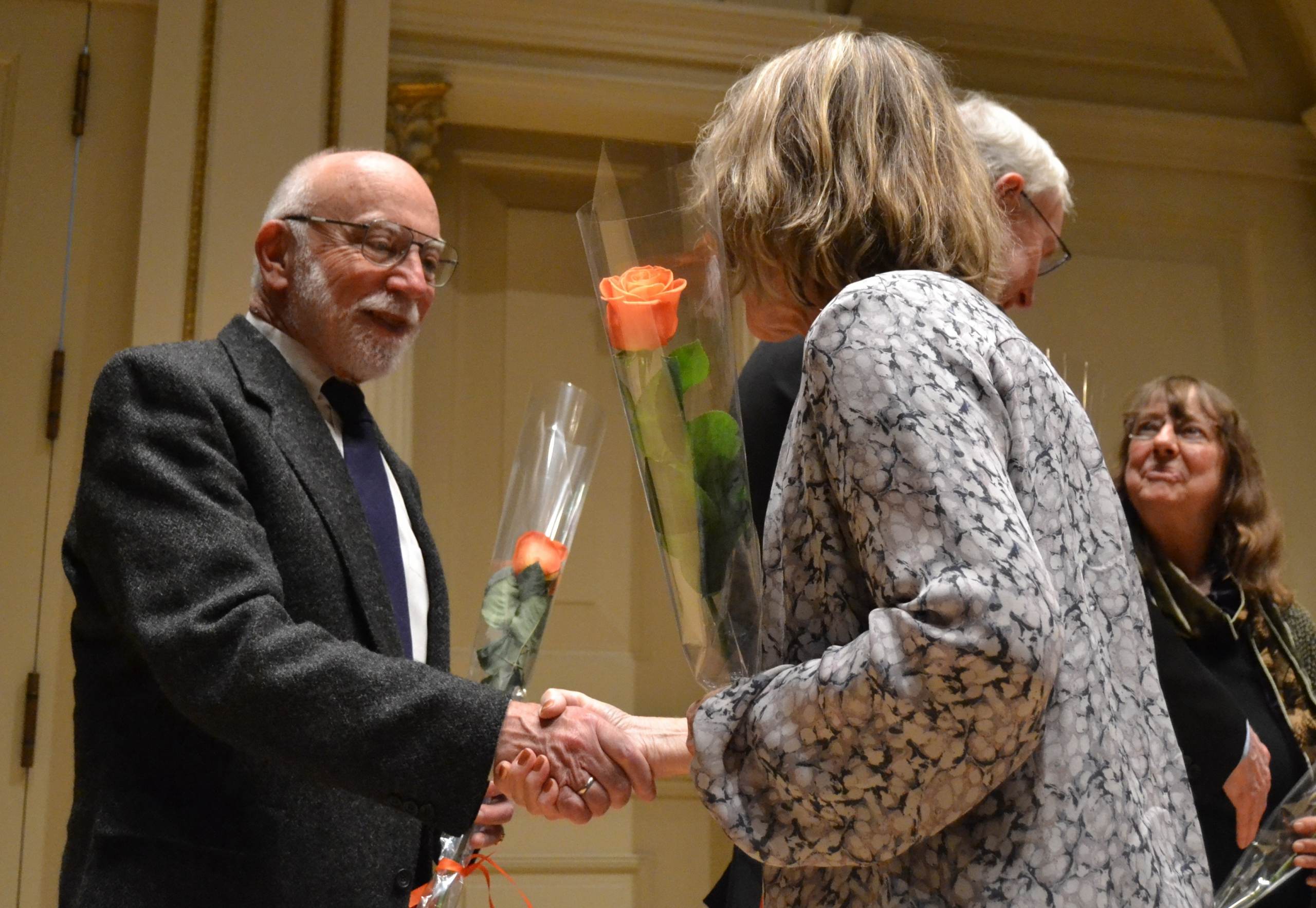 L Peter Deutsch is a native of Massachusetts, now living in Sonoma County CA. His early music education included performance and composition for voice, piano, and recorder. After a long detour through a distinguished career in Computer Science, he returned to composition part-time in 1986 and full-time in 2003, including a M.A. degree under Frank La Rocca at CSU Hayward.

L Peter’s strengths as a composer include sparkling counterpoint and polyphony, lyrical melodies, fluent text setting, and the use of a large harmonic palette centered around modal scales. He writes primarily for small instrumental or a cappella vocal ensembles, spanning styles from devotional to romantic to jazzy, and from Renaissance to early 20th Century. Scores of his music is distributed commercially through J.W. Pepper and Sheet Music Plus. His work to date includes three choral commissions in 2008-2010, and several recording releases through PARMA Recordings from 2016 onward, including music for chorus, string quartet, and piano trio.

Today, L Peter is our featured artist in “The Inside Story,” a blog series exploring the inner workings and personalities of our artists. Read on to learn about the first time L Peter had one of his compositions performed…

While I’ve enjoyed composition since I was a child, what inspired me to compose as a life focus was an epiphany experience I had in the Museum of Old Musical Instruments in the Hofburg palace in Vienna in 2003. Standing there surrounded by instruments that had been played by Mozart, Haydn, and Beethoven, I realized that my highest goal in life was to create beautiful works that would last. I can’t judge whether my own work is “beautiful,” and “will last” is really about after my lifetime, but I’m definitely continuing to find meaning and purpose in striving towards them.

The only performance I do is as a choral singer. While that too is about creating beauty, its draw for me is really in the experience of community, both with the chorus and with the audience.

The first performance of a composition of mine in a public concert by an established group was my very short (1:35) work De Humanitate for 4-part women’s chorus, premiered by San Francisco Choral Artists in March 2006. I was nearly trembling through the entire thing, and when I stood up to take my bow afterwards, I felt an endorphin high that I’ve only experienced one other time in my life, and that was in a completely different context.

I actually still spend a lot of time and energy on my other creative passion in life, which is software. The relative amount of time on each pursuit fluctuates unpredictably: in 2017, I completed a 3-movement suite and another 5-minute piece for piano trio, as well as a short choral piece for my wedding, while in 2018, I didn’t write any significant music at all. This year (2019), I can tell I’ll be doing more composition again.

As I get older, I find my focus shifting very slowly towards more domestic
activities. I’m hoping I’ll match Elliott Carter, who was still writing fine music at age 101, but just in case, I’m learning to pay more attention to being a better husband and a good first-time dog owner.

I have two, actually. One is to acquaint more people with the work of Ursula K. Le Guin, one of the greatest fantasy/sci-fi writers of the 20th and 21st centuries. Even though her words that I used for A Fisherman of the Inland Sea are a retelling of a Japanese folk tale, she put her stamp on the story. My other hope is to make potential performing and commissioning groups aware that I’m capable of writing more than the 3-to-5-minute pieces which make up the rest of my recorded portfolio: Fisherman is a dramatic work of over 11 minutes.

When I started composing seriously in 2003, the only genre I really understood viscerally was 18th-century counterpoint (Bach and his predecessors). In the years since then, I’ve been influenced by earlier polyphony (Josquin) but even more by Brahms and perhaps Debussy. One review of my Ocean Air piano trio suite referred to its “engaging 19th-century style,” at which I was quite pleased.

In terms of choral music, I think the composer whose work has influenced mine the most (but subconsciously) might be Morten Lauridsen, whose name I don’t think I even knew in 2003.

My parents liked playing recorded music (on vinyl or even slate 78 RPM discs!), my grandfather played the piano, and I took piano lessons (which I didn’t like any better than most kids!). But I think my most significant early experience was music class with Ruth Abbott at my grade school, Shady Hill School in Cambridge, where Ms. Abbott had built up a program where every student learned to read music, sing, and play the recorder. I wish every elementary school had a program like that one: they aren’t expensive in terms of materials (the recorders were cheap plastic), and I think kids are naturally drawn to music in a context where (unlike piano lessons) it’s a shared experience and there isn’t a lot of pressure to perfection, but a good music program does need good teachers, and those may be hard to find.

A Fisherman of the Inland Sea will be available on VOICES OF EARTH AND AIR VOL II for streaming or purchase through Navona Records on April 26. Click here to pre-order.