The Inside Story: Margaret Brandman and POLARITIES VOL. 2 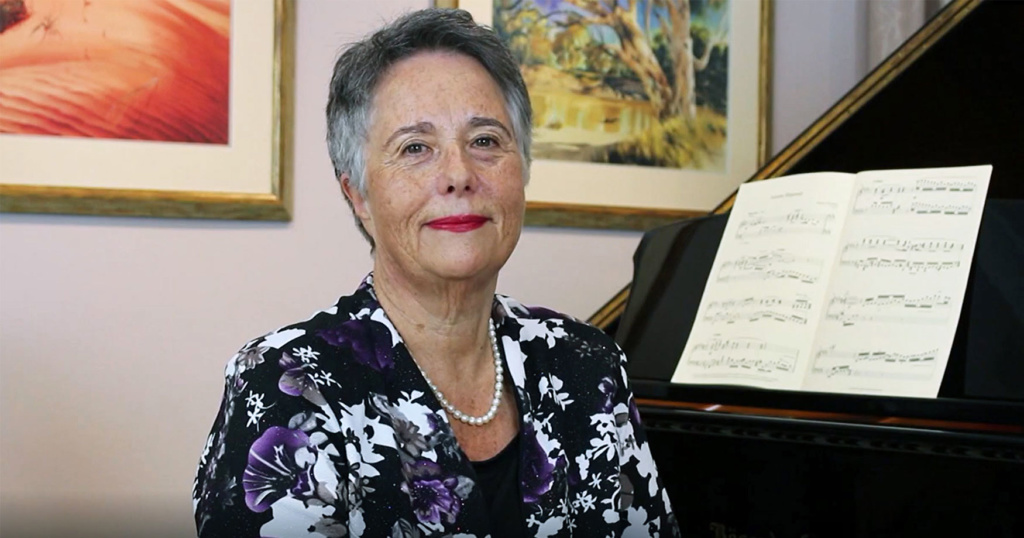 From yin and yang to public debate, much in the world revolves around opposing forces. POLARITIES VOL. 2, an album of new presentations in classical music, documents the intricacies of these forces, expressing the emotions, sensations, and scenes associated with the extreme ends of conversation and change. Such is the case with Margaret Brandman’s Spirit Visions, a classical composition that shifts in tonality, tempo, and rhythmic feel, often referencing the musical sounds of Latin American cultures.

Today, Margaret is our featured artist in “The Inside Story,” a blog series exploring the inner workings and personalities of our composers and performers. Read on to learn about her first concert experience in utero, and the similarities she draws between music, architecture, and archaeology…

By the time I was fifteen I had already been learning and performing music of the standard classical composers for 10 years. I began composing so I could express my own musical ideas and vary the styles of music I was performing. Inspiration comes in many forms; the desire to experiment with compositional tools, like modes or rhythms, or I may be inspired by an Australian landscape or a dramatic life experience, such as living through the bushfires in the Blue Mountains west of Sydney after which I composed Firestorm Symphony, the central work on my album, SENSATIONS. I have also composed many songs, for example, the song cycle of twelve songs, one for each astrological sign ‘Cosmic Wheel of the Zodiac’ inspired by the lyrics of Astropoet Benita Rainer, and ‘Songs of Love and Desire’ cycle written to the passionate lyrics of Désirée Regina. This year I have been commissioned to write a Latin-American suite of eight works for a string ensemble including guitar. In this instance, I found the inspiration for the works came quite easily – no doubt as I have had only a short time to compose the works, this has given impetus to my creative flair.

My mother tells me that during her pregnancy she already made a point of taking me to concerts to listen to music. Research confirms that babies hear in utero from about 18 weeks. I began my musical studies with my mother at the tender age of 4 and performed my first concert at age 6. Family members of both sides of my family all played an instrument or sang.

My mother Else Brandman (born Scheffler) was a passionate musician whose younger years were spent in Berlin, Germany before and during the Second World War. Her musical ability, including playing the accordion, helped her escape many dire situations. Our exciting family story based on my mother’s memories of both the Scheffler and the Brandman families’ lives before, during, and after the war has recently been included in the historical novel “THUISLAND” by Dutch author Rita Kniff-Pot, published in The Netherlands in 2020. The story interweaves the lives of two families who emigrated from Europe to Australia and also includes my own biographical information.

The artwork for my first PARMA release — SENSATIONS — includes one of our family treasures,
a historical picture of our family Jewellery store in Berlin in the 1930’s, which displayed a ‘Sensations Week’ banner on the front. See www.navonarecords.com/catalog/nv6041 for more biographical information on this aspect of my family life.

I would be pursuing a career in either architecture or archaeology. Both disciplines fascinate me as I feel they parallel music. They say that architecture is “frozen music,” analogous to much of the music I compose which has an overall architectural form. I am also drawn to archaeology, as I am curious about ancient civilizations and the secrets that are unearthed. I find it fascinating when recent archaeological discoveries prove that some of our so-called modern inventions were already in use several millennia in the past, indicating that we are in the process of rediscovery rather than finding completely new technologies. I am interested in understanding the science behind the healing frequencies of ancient instruments. In “Cave of Dreams,” a documentary about prehistoric cave paintings in France, the presenter played a recently discovered 20 to 30 thousand-year old bone flute which was tuned to a very familiar pentatonic scale!

Apart from my composing, I have a passion for Music Education and for simplifying complicated topics for young musicians. With the wonders of technology, I am currently teaching music theory to a young man in Ghana and despite the variable internet connections from time to time, the process has been made possible as I am providing him with my teaching materials to work with. Therefore in my music library, you may be surprised to find my catalog of published music teaching materials which include my Contemporary Piano Method (7 graded books); Contemporary Aural Course – a nine-set ear-training course with audio files and workbooks; Contemporary Theory Workbooks (2), Contemporary Chord Workbooks (2) and a Harmony textbook – Harmony Comes Together; along with a substantial collection of Albums of my piano compositions covering various styles from Blues to contemporary classical and jazz.

Those who have followed my career so far may already be aware that I have an interest in composing music with Latin-American influences. A few of these works are: Spirit Visions for orchestra on POLARITIES VOL 2, Jucaro Rhumba D’Amor for violin and piano on SENSATIONS, and Warm Winds in Havana suite for saxophone quartet and percussion on ABRAZO that was recorded by the Javier Zalba ensemble in Cuba in 2015. Travelling all the way from Sydney, Australia to Havana, Cuba to supervise the recording, and experience life and music in Cuba was definitely one of my most memorable life experiences.

Therefore, for my instrumental works, owing to my interest in composing music with a Latin-American influences, I would be interested in collaborating with Australian violinist and leader of the Palace Orchestra, Vov Dylan, as all the members of the ensemble enjoy performing and recording Latin-American music. Another fine performer with whom I would like to collaborate further is versatile Australian cellist Ariel Volovelsky, who has already recorded three of my works.

For my choral works, I would very much be interested in collaborating with the UK choral ensemble Voces 8, or the Australian vocal ensemble The Song Company, as these ensembles have the vocal qualities I envisage for my choral compositions.

From listening to this multi-composer orchestral album with works by myself and five other composers, my hope is that our music will provide an exciting introduction to the world of contemporary classical music through melodic and well-crafted pieces which will inspire orchestras to perform more of our music. My work Spirit Visions, based on a majestic ‘rousing theme’ (Serenade Magazine review) and so beautifully performed and recorded by the Moravian Philharmonic Orchestra, was awarded BEST FOREIGN COMPOSITION by the Artemis Film Festival in Los Angeles April 2021. Many people have commented on the cinematic nature of the piece. I hope it will become a sought-after movie theme to be listened to and enjoyed by cinema audiences as well as audio aficionados listening to it on the album. 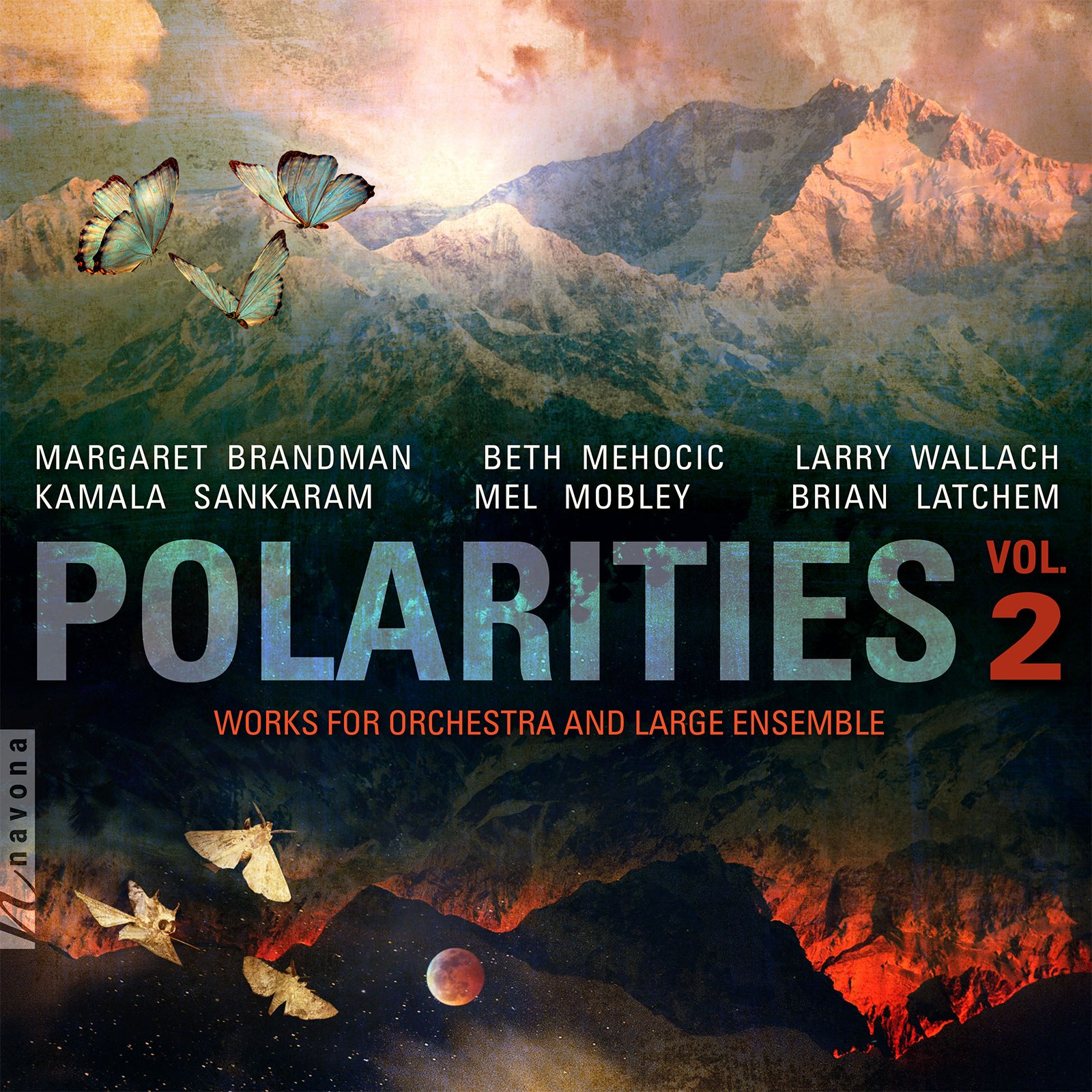 POLARITIES VOL. 2 is available now from Navona Records. Click here to visit the catalog page and explore this album.