THE INSIDE STORY: Mark John McEncroe and MY SYMPHONIC POEMS 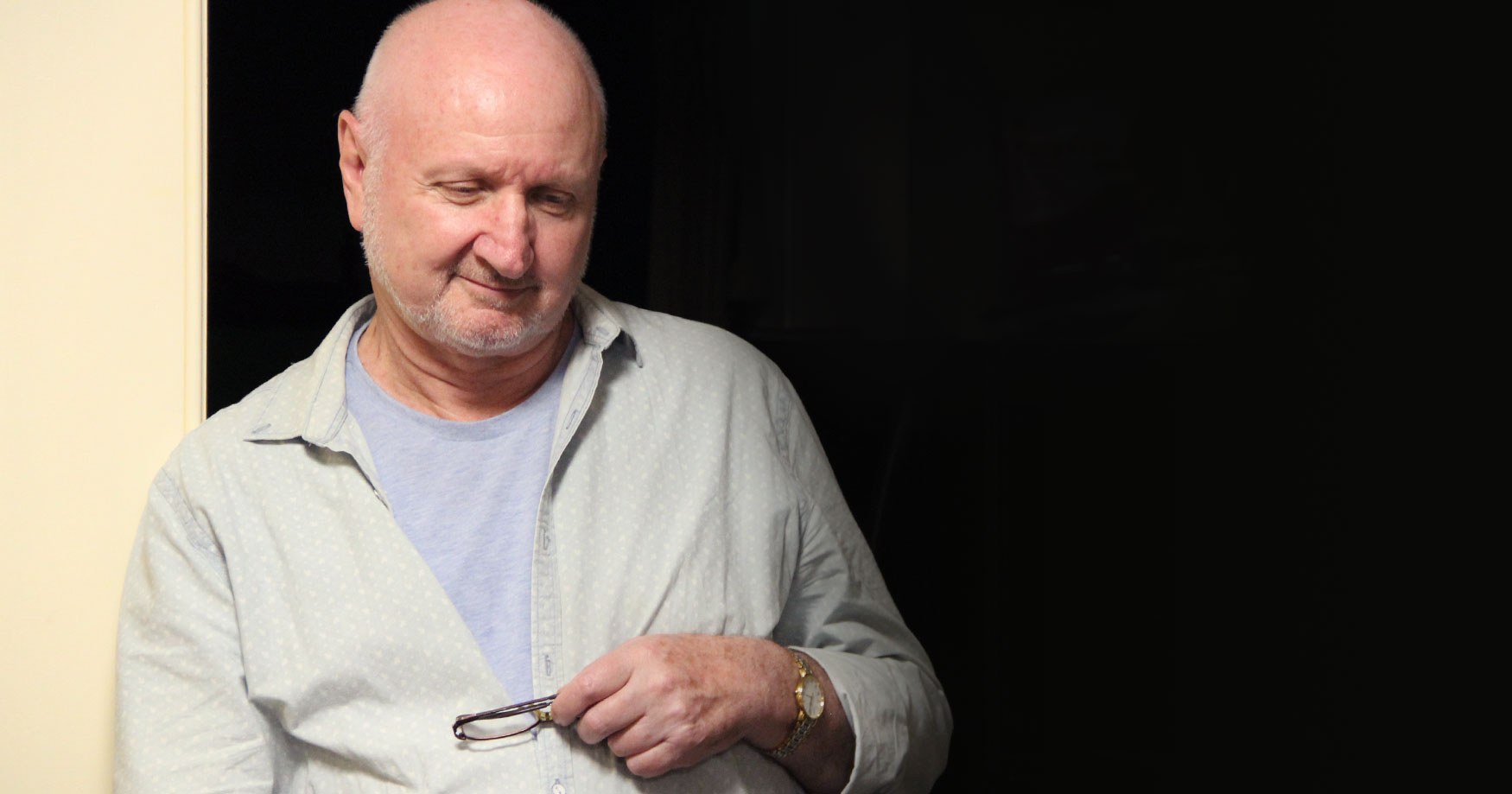 Born in Sydney Australia, Mark John McEncroe commenced music studies in his adulthood. He had a varied interest in many kinds of music, which led him to working in the music/record business for EMI Records in his early 20’s and 30’s. For much of that time he was a Label Manager, first with EMI Australia and then with EMI Sweden.
At age 37, Mark commenced piano lessons in earnest, studying first with Will Scarlett in Sydney. Later he continued with Valerie Fawcett and then Helen Kennedy, after Will Scarlett’s death. During this time he developed an interest in composition which eventually became his main focus. To this end, in 2003 he began studying music theory and composition with Margaret Brandman in Sydney, which continued on and off until 2012.

Today, Mark is our featured artist in “The Inside Story,” a blog series exploring the inner workings and personalities of our artists. Read on to learn about Mark’s one performance experience, and why it was his first and last performance…

I have never been inspired to perform. Even when I was actively working with teachers, I couldn’t just learn the pieces. I would write new pieces based on the ideas expressed in the work I was supposed to be learning to play. I am by nature a creative person, and over the years my creativity has been expressed in many different forms. As a kid I did a lot of oil painting, drawing, and making model sailing ships. As an adult I was a professional chef for many years. I also kept beautiful tropical fish tanks, built fish ponds and Japanese gardens, and of course am heavily into keeping and working on my bonsai collection.

I started serious piano study late, at the age of 37. My first serious teacher, Will Scarlett, (no, not the one from Robin Hood) used to hold annual concerts to give his students experience with playing in front of people. There were over 100 people there at the Sydney University main concert hall at my ONE & ONLY gig after a few years of study. I had to play a few Bach two part inventions and a piece from Mozart. This all had to be from memory. I got about halfway through the concert and froze. My mind went blank. So I turned to the audience and said “stuff playing this from memory,” went to my bag, got out my music, and finished the concert.
The great thing about being a composer is I don’t have to play my music, but rather I tell other musicians exactly how I want it. I started my serious music studies too late in life to ever make it as a performer. Truth is, I’m just not built that way. I’ve been told I could talk my way out of a paper bag, but that’s not the same as playing an instrument. Also, in my time I had a go at several instruments over the years: clarinet, flute, and trumpet as well as the piano. It was only as I got older that life took several turns and I had to get serious for once and try to apply myself. That’s the honest truth of how it was for me. It’s all that experience in life I take to my music composition efforts.

I write all my music first as a piano score. My orchestral works are usually written out in piano 4 hand format to express the orchestral range that’s in my head. I collaborate already with my orchestrator mate Mark J Saliba who “gets my music” and fully understands what and how I want my orchestral efforts expressed. One of the greatest joys as a composer is to hear your music performed by a range of competent musicians.

The best advice I can give ANY musician or composer is just keep going and don’t listen to your own negativity.

I have a very wide taste in music; I have never considered myself a strictly classical guy, so there would be probably a lot of stuff there that would surprise people in my music collection. I remember once I said to a few serious conservative classical people I know that I wanted to write a “Reggae Symphony” one day. They were so horrified that I thought I was going to have to take them to the hospital emergency ward.

All my music primarily is written to effect an emotional response in people. I create what can be described as a “musical painting” to describe or create awareness of the subject matter suggested in the title of the work. I care not about trying to be sophisticated in matters of musical innovation, form, or any of the intellectual matters which in my opinion have nothing to do with creativity. I also believe in strong melodies as the foundation of my music.

There were no musicians in my immediate family but there was always music playing in the house as I grew up. Mainly MOR stuff and light classical. Growing up in the 1960’s, you would have had to be dead to not be exposed to so much music culture and all types of music. It is too simplistic for me to say what music or what artist/composer is my favorite. That for me is an impossible and fruitless task. I do not have a narrow focus on what kinds of music are more important than others.

I don’t perform, thank God. In fact, when I’m writing music, it’s a solitary exercise for me. I need and crave solitude to create. I’m not comfortable if others are around at those times. Perhaps the only person that I’m used to having around during those times of creativity is my daughter, who is just going around doing her thing anyway, so I am not affected by her presence.

There is no fixed pattern. If I wrote just when I felt like it, I’d get nothing  done. All my works are written over a considerable period of time. I often come back to projects after a considerable absence from a work. I hit blocks along the way and need a break from pieces. Each time I return, I hear different things and make changes accordingly. When I don’t want to change a piece anymore, then it’s done.
I always have many projects going at any one time. I can’t tell you if there is a process as to when a piece is finished. I just know. My favorite piece is the one I haven’t written yet. I can’t be a performer in the regard that I get sick of pieces so quickly. The thought of continually having to play something over and over and pretend that it doesn’t bore me is just not my idea of fun.

I can’t tell you or have forgotten my first concert I went to. In my 20’s I was in the record business so going to all sorts of concerts was just a normal part of my work. To be honest, I get much more out of sitting at home by myself and just listening to music on a quality stereo system. I like to listen to my music just as I like to composer: alone. 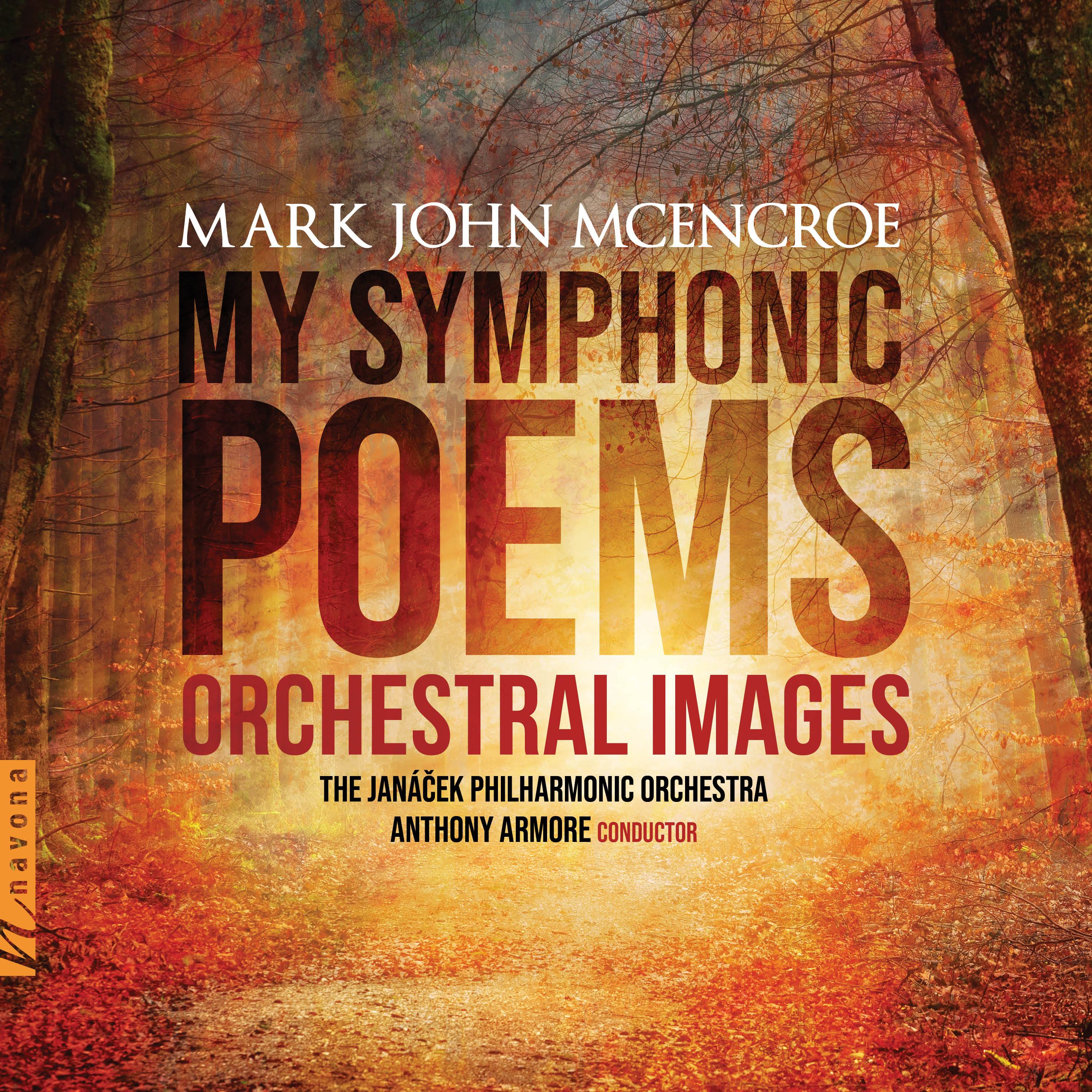 MY SYMPHONIC POEMS is now available through Navona Records for streaming or purchase. Click here to explore this new album.