THE INSIDE STORY: Nick Vines and HIPSTER ZOMBIES FROM MARS 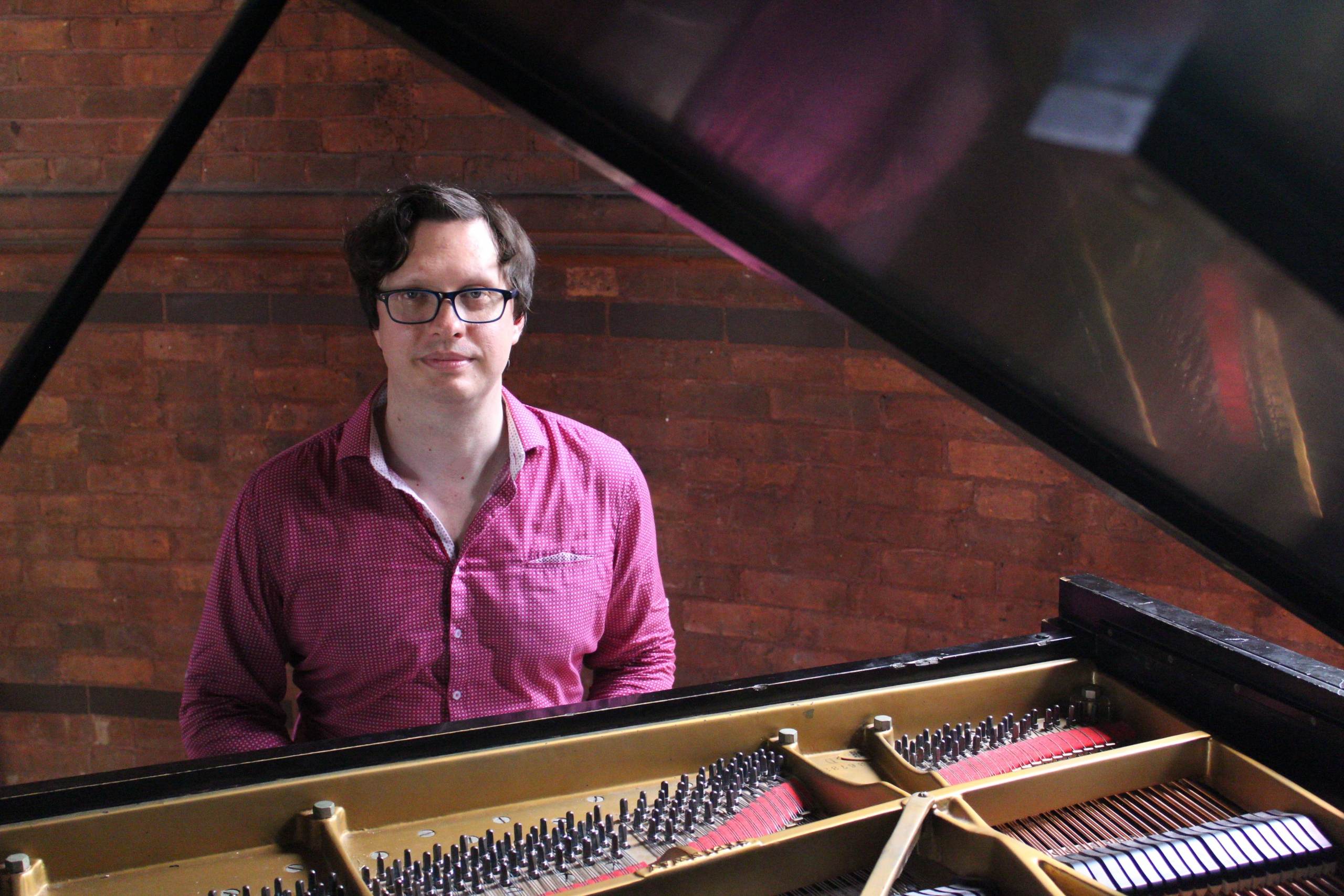 Described as “exquisite” (Gramophone), “riveting” (The New York Times), “arresting” (The Boston Globe), “full, extravagant and wild” (Sydney Morning Herald), and “edgy, bright and entertaining as hell” (NewMusicBox), Australian composer Nicholas Vines is a force to be reckoned with in the contemporary music scene. As well as being commissioned by ensembles worldwide and receiving global recognition for his compositions, Nick received his PhD from Harvard University and taught music theory and composition both there and at Wellesley College, before taking a position at Sydney Grammar School.

Today, Nick is our featured artist in “The Inside Story,” a blog series exploring the inner workings and personalities of our artists. Read on to discover what Nick would take with him in the event of an actual hipster zombie apocalypse…

When did you realize you wanted to be a composer?

Not quite sure, but I must have been pretty young. An old choir director claims I told her I wanted to be one at age 10, and I remember performing sketches of a comic opera (!?) for the headmaster of my school when I was 11 (he was appropriately complimentary). So yes, sometime in my early tweens!

Don’t know if this is because I’m a high school teacher or preternaturally immature, but I really enjoy a lot of TV aimed at teenagers, and watch far too much of it. My favorite shows tend to be remakes or re-imaginings of older animation – Teenage Mutant Ninja Turtles, the Legends of Korra – or compellingly awful soaps set in dance schools. Maybe some of the color and energy from these comes through in HIPSTER ZOMBIES FROM MARS, I don’t know… Either way, I’m going to claim it’s all ongoing ‘research’ for Indie Ditties, Book Two!

In the event of a hipster zombie apocalypse, what are the three things you absolutely couldn’t live without?

I’d like to say something hardcore like “sex, drugs and rock ‘n’ roll,” but the reality is more like deep-&-meaningfuls, chocolate, and some kind of keyboard instrument.

If you were speaking to an artist performing your work, what would you tell them about your work that nobody else knows?

A lot of my music is based on little stories, which I keep secret due to their dodgy and/or real-life content. When it comes to realizing a work though, I’m quite happy to share its subtext with performer(s). That’s because insight into the ‘spirit’ of a piece – on top of how it actually sounds – is central to interpretation, especially when it’s never been heard before. I guess that makes HIPSTER ZOMBIES FROM MARS a bit of an exception then, as the extended notes provide special insights for listeners as well.

That’s a hard one, because they were all difficult in their own way. The biggest hurdle with Indie Ditties was coming up with relevant and workable extramusical scenarios while maintaining compositional momentum over several years. Sure, the music itself took some grunt work, but things flowed pretty intuitively from there. On the other hand, I settled on the framework for both Terraformation and Uncanny Valley fairly quickly; it was working through the intricacies of musical form and detail which was the real challenge. If I had to make a call on this one, it would be Terraformation. I wrote it nineteen years ago (!?) fresh out of my undergraduate degree, and so did not have the advantage of accumulated wisdom or experience. In fact – and both this kind of memory and action are rare for me – I remember having to revise the last movement a number of times because it felt too long… The vagaries of youth!!

First off, this project was a fantastic excuse to work closely with Ryan McCullough and monopolize his brilliance for an unfairly long time. It’s been a rare privilege and I thank him profoundly for that. What’s more, while my other releases focus on one work or a handful written around the same time, HIPSTER ZOMBIES FROM MARS is the summation of 18 years of creative output. At one end is Terraformation, written just before my American stint; in the middle is Uncanny Valley, written just after; and to finish off, there is Indie Ditties, a response to both my old and new lives. It’s particularly meaningful for me to have these three “selves,” which in turn are made up of a multitude of perspectives, alongside each other in one musical experience. I hope the listener gets something out of this personal journey.

HIPSTER ZOMBIES FROM MARS is now available through Navona Records for streaming or purchase. Click here to explore this new album.