THE INSIDE STORY: Sara Hahn and I CLOSE MY EYES IN ORDER TO SEE 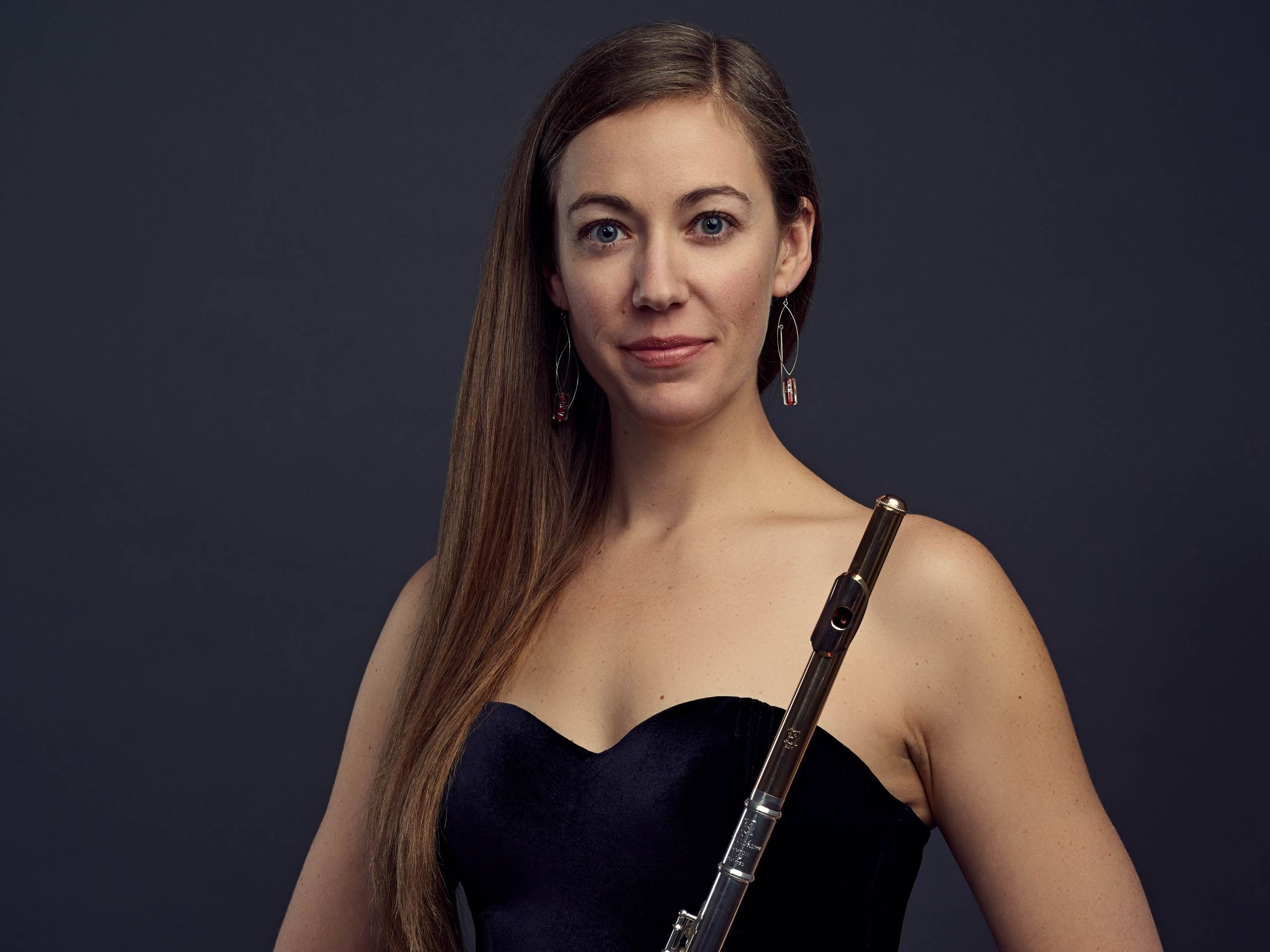 Hailed by the Calgary Herald as having “beauty of tone and a wonderfully flexible phrasing,” Sara Hahn has been Principal Flute for the Calgary Philharmonic Orchestra (CPO) since 2006. In 2005, she was Assistant Principal Flute/Piccolo with the Vancouver Symphony Orchestra, and in 2002, she completed a three week tour of Japan and Hong Kong with the National Youth Orchestra of Canada.
As a soloist, Sara has performed throughout Canada, the United States, and Brazil. She has also performed several concertos with the CPO including the Chaminade Concertino in 2015 (to critical acclaim), and the world premiere of “The Daughter of Elysium” by Arthur Bachmann in 2016. In February of 2018 she performed the world premiere of “Sea Dreams” by Peter Togni with fellow flutist Sarah Gieck and local phenom Luminous Voices under the direction of Timothy Shantz. Awards for Sara’s solo flute performances include the University of Toronto’s concerto competition and the Junior Musical Club Concerto Competition of Winnipeg, which gave her a debut performance as a soloist in front of an orchestra at the age of 17. In 2005, Sara won $10,000 as the winner of the Women’s Musical Club of Winnipeg’s Doris McLellan Competition for Solo Performance with Orchestra.
She graduated with honors from the University of Toronto, receiving a Bachelor of Music Performance under internationally renowned flutist Susan Hoeppner. Sara is proud to be a co-founder and active member of Green Banana Flute Studios, an innovative teaching and performing collaboration.
Today, Sara is our featured artist in “The Inside Story,” a blog series exploring the inner workings and personalities of our artists. Read on to learn what happened when a wind storm struck during one of Sara’s outdoor performances…

I believe the moment I knew I wanted to be a professional musician was after my very first solo flute performance around the age of 14. I had taken piano lessons and performed many times as a young kid, but there was something different about performing on the flute. The performance had gone really well, and for the first time I really felt connected to the audience I was performing for. I think that’s when I caught the performing “bug”!

I’m constantly performing for my job with the Calgary Philharmonic, so there are certainly many embarrassing mistakes I have made over the years in live concerts (though truthfully I usually find mistakes hilariously funny!). I think the most unusual performance in recent years was with my Green Banana partner Sarah Gieck in the small town of Nanton AB. We were set to perform flute duets outside as part of a Canada Day celebration, and just as we started to play, an epic wind storm kicked up and blew our music stands/music right off the stage onto the ground. The wind got dirt and dust all over EVERYTHING, including our expensive flutes! We tried to play through but had to just stop mid-piece and say “thanks for coming… we tried!”

Honestly, my favorite guilty pleasure is cleaning my house listening to hip hop! It’s pretty much the opposite of the classical music world, and so I love to just escape into the beats and rhythms while dancing and cleaning away.

I really loved putting the album together – although the recording process can be rather daunting and I was recovering from a nasty chest cold throughout the recording process – so its difficult to pick one favorite moment! Thinking back and listening back, I think that the 3rd movement of Bachmann’s I close my eyes… was the most satisfying to play and record. It is such a beautifully written piece of music, and both Laura and I enjoyed rehearsing and recording the piece without the usual nit-picky do-overs or stresses. We just played and enjoyed!

This album is a very personal one, as the title track I close my eyes… was originally written for me by my close friend Arthur Bachmann, to be performed as part of a benefit for the Canadian Cancer Society. My mother is a cancer survivor, and I wanted to honor her journey through this album, as well as highlight Bachmann’s amazing work. He is, in my opinion, a very undervalued Canadian composer, and I hope that this album will expose many more people to his gorgeous writing!

To me, music is all about feeling. As long as the audience feels SOMETHING, then I know I have done my job in performing. That being said, the liner notes can help the listener through the intended journey of someone going through a hardship – be it a cancer diagnosis or the end of a relationship, etc. – including the different stages of grief that we all go through during a tough time. Each piece is meant to represent a feeling or emotion, leading you from despair and confusion to peace, understanding, and finding a new pathway. It isn’t a typical “meditation CD,” but more of an expression of the intensity of emotions that we as human beings can experience! 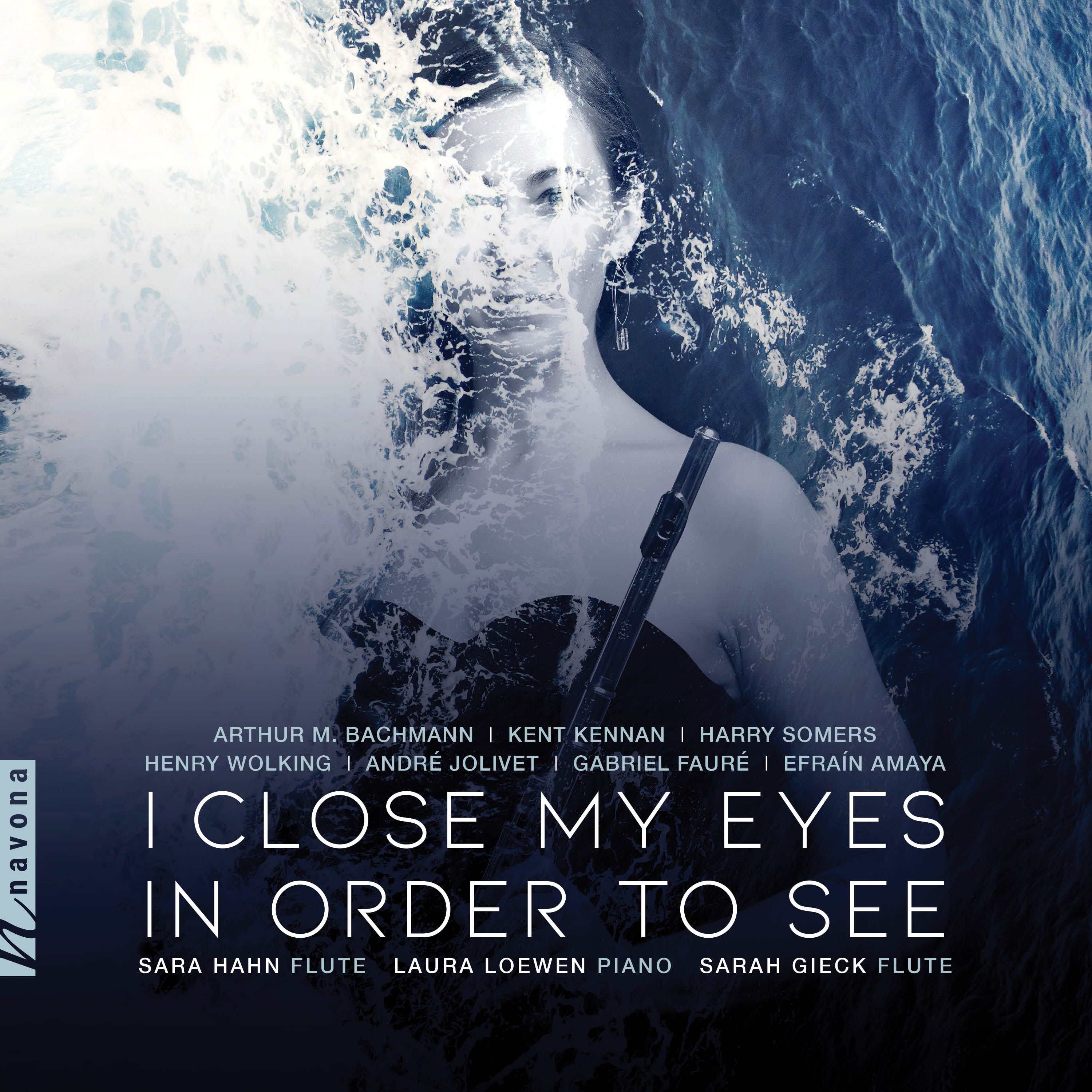 I CLOSE MY EYES IN ORDER TO SEE is now available through Navona Records for streaming or purchase. Click here to explore this new album.