The Inside Story: Svjetlana Bukvich and Extension 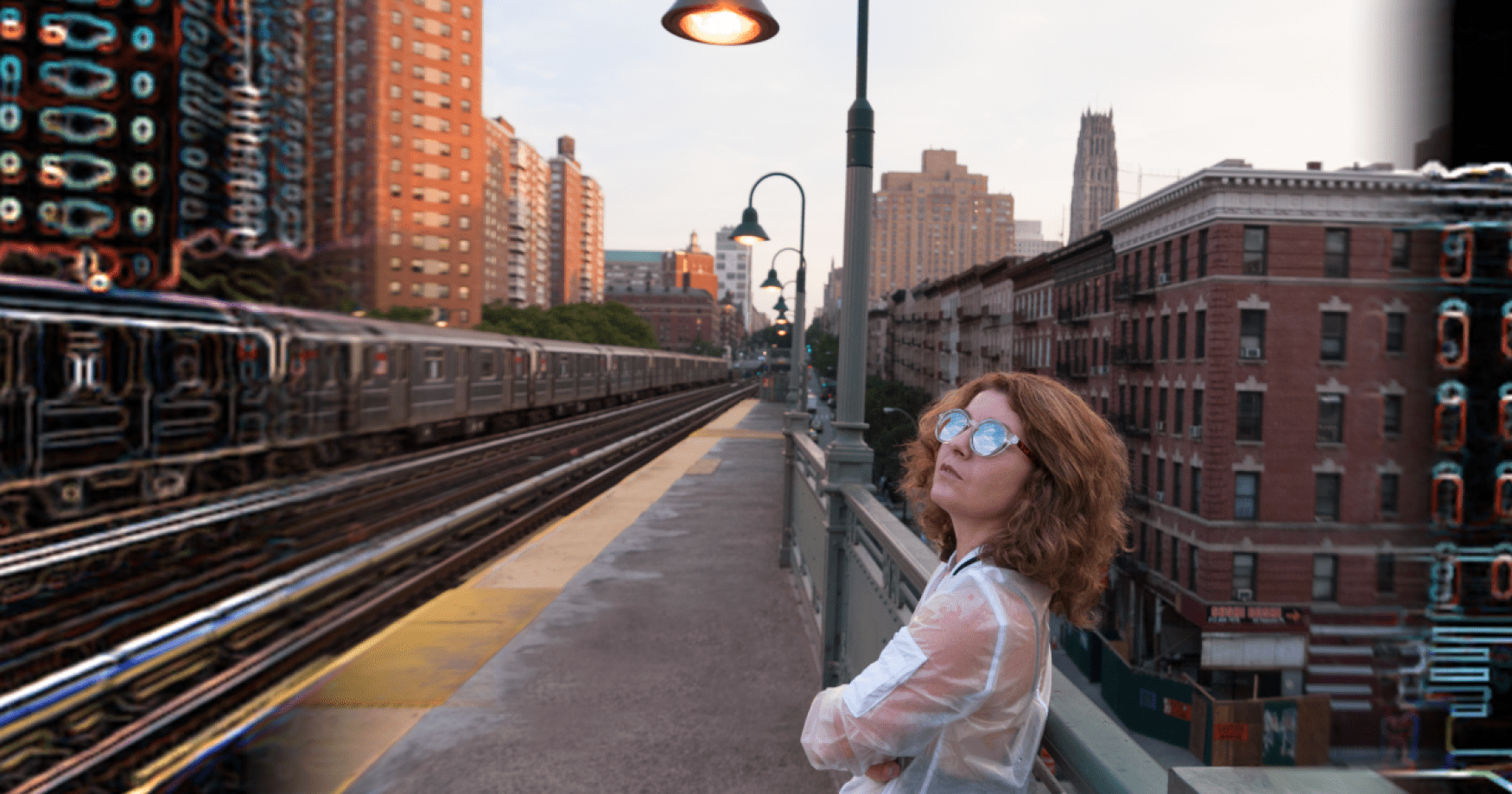 Navona Records presents European/American composer Svjetlana Bukvich’s latest masterpiece: EXTENSION, a multifaceted collection of pieces that use technology, music, and dance to both deconstruct and reimagine.

Today, Svjetlana is our featured artist in “The Inside Story,” a blog series exploring the inner workings and personalities of our composers and performers. Read on to discover how she has broken through both genre and gender rules in her composition.

Early on, they were Kate Bush and Alexander Scriabin. I would play her ‘The Kick Inside’ album note for note on the piano and sing along. I gave the album – holding the vinyl like a prize possession – to my best friend in 10th grade. Scriabin’s sonatas were like hearing a calling – I’d play them, but also listen to them in the bathtub. Later, when I discovered that he was one of the first ‘multimedia’ artists, I chuckled since I had gone in that direction as well, only a century and a half later. In the nineties, all I wanted to do is learn the technology so that I can fully produce my sound, and expand it into visions of genre-busting, hybrid performance. My influences back then were Meredith Monk, Thomas Dolby, Laurie Anderson, Andrei Tarkovsky, Mesa Selimovic, The Kronos Quartet, Mikhail Bulgakov, Led Zeppelin… and many more. This all happened at the time when multimedia in America was at its onset. Those were exciting times and it felt like the (Yugoslav) war didn’t actually slow me down. It taught me about the impermanence of things, yes, but I somehow continued to ‘follow my bliss’, fueled by the opportunity the U.S. offered me. I clearly saw the historical chance for people like me to do new things and, potentially, leave things better than they found them. My influences now are stretched somewhere between early Igor Stravinsky, and Jacob TV.

My sister was instrumental in this. She was 13 and I was 4 years old when she was attending both general education elementary school and elementary music school. Going to two schools full time was common in Yugoslavia back then. She taught me Für Elise by L.V. Beethoven, two hands. As my feet couldn’t reach the piano pedals, she told me I could play loudly in places I wanted to. She took me to her piano teacher to show me off. I played the entire piece and, before I finished, there were other teachers entering the room through the very, very tall, Austro-Habsburg wooden double doors, and then more teachers. I was making sound with my hands, just as I pleased, and the adults seemed to be captivated by it. I enjoyed myself immensely. I didn’t know at the time that I would be, years later, playing the Minimoog synthesizer with the same kind of exhilaration, a kind of free abandon in the inclusion of images I felt were missing since I couldn’t touch the
pedals with my feet.

There were many. My favorite moment was probably the recording of ETHEL string quartet alongside engineer Roy Hendrickson (Paul McCartney) at the Q Department studio in Tribeca NYC. The mic setup was phenomenal as were the musicians who just fell into it. There was a moment where everyone in the room spoke to each other with their eyes as if saying “This is the take!” The sounds had just spilled out of the speakers-larger-than-skyscrapers embracing us, and lifting everything in their presence. These kind of moments are indescribable, like parenthood, or orgasms, I suppose. Working with extraordinary people who are nuts about sound is always exhilarating, but I also get that feeling by summoning the electronic sounds that speak to me. Given that the album is electroacoustic, I will say yes, there were many moments on this record that I’d single out.

When I was a teenager my dream was to compose whatever I pleased (at the time my acumen was classical mostly) and then finalize the sound by producing the work in the studio with my rock buddies, some of whom were killer players of ethnic instruments. These roles seem logical and inseparable to me from the get go, but it somehow took me 20 years and living on a few continents to be able to do this fully and on my own terms. I never thought that these two practices combined meant being forward-thinking because in my growing up the ‘downtown’ and the ‘uptown’ scenes were geographically and idiomatically close and intertwined. I learned equally from both. In NYC, it was a more concentrated effort to travel uptown-downtown for concerts that would continue to feed the ‘free-flow’ aesthetic from my youth. I also saw an emergence of a social conscience in my works as I pressed further on that path. By busting the preconceived notions of genre and also of gender roles, I realized that I am making political as well and musical statements. At first I thought that the ‘political’ part was unnecessary baggage, but now I embrace it and celebrate it. EXTENSION means a personal confirmation of the things I loved and believed in all along.

Yes, empathy. That time when we lend our ears to one another, when we extend ourselves in order to understand another human being. As the album eludes to profound loss and its aftermath, I also wish to communicate that it is okay to be in the grips of it and then experience freedom and abandon – a joie de vivre of sorts. Artificial intelligence can’t go there just yet, so I say let us enjoy what we have while we have it, and influence what it coming. There is much to be learned about the kind of resilience that can come after trauma. In my own work, this resilience I don’t let go to waste. I think of Beethoven sometimes and his struggle. When I look around, things seem to come out of one another, much like in a fractal sequence, branching out… I understand the highs and the lows in my life as something organically interconnected. I use the music-elements as vehicles for getting that into the metaphysical in order to understand it from a distance – like a boomerang game. Music genres don’t hold my interest because I see them as mere steps toward human emancipation, not their final destination. Ultimately, human joy/euphoria is the galvanizing energy for all that we are. So, what came first, the chicken or the egg? 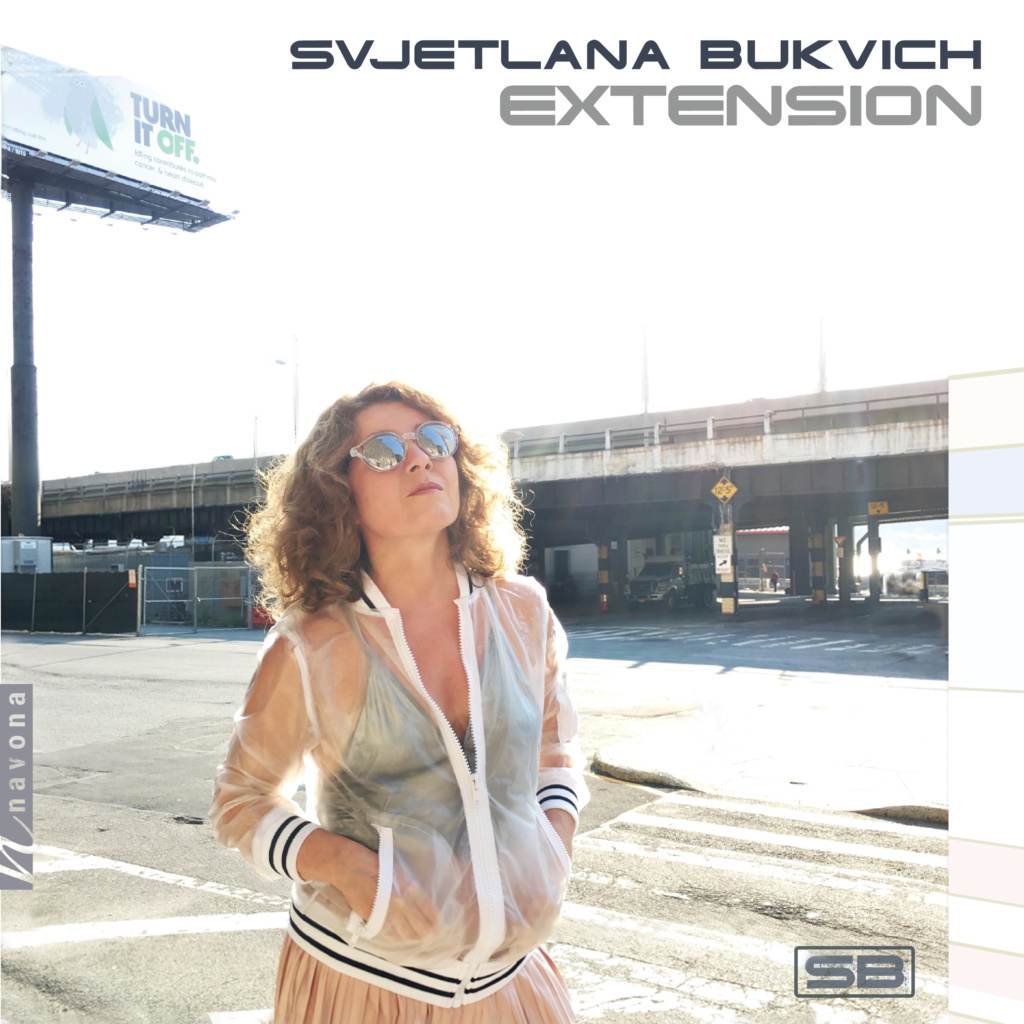 EXTENSION from Svjetlana Bukvich is available now from Navona Records. Click here to visit the catalog page and explore this album.