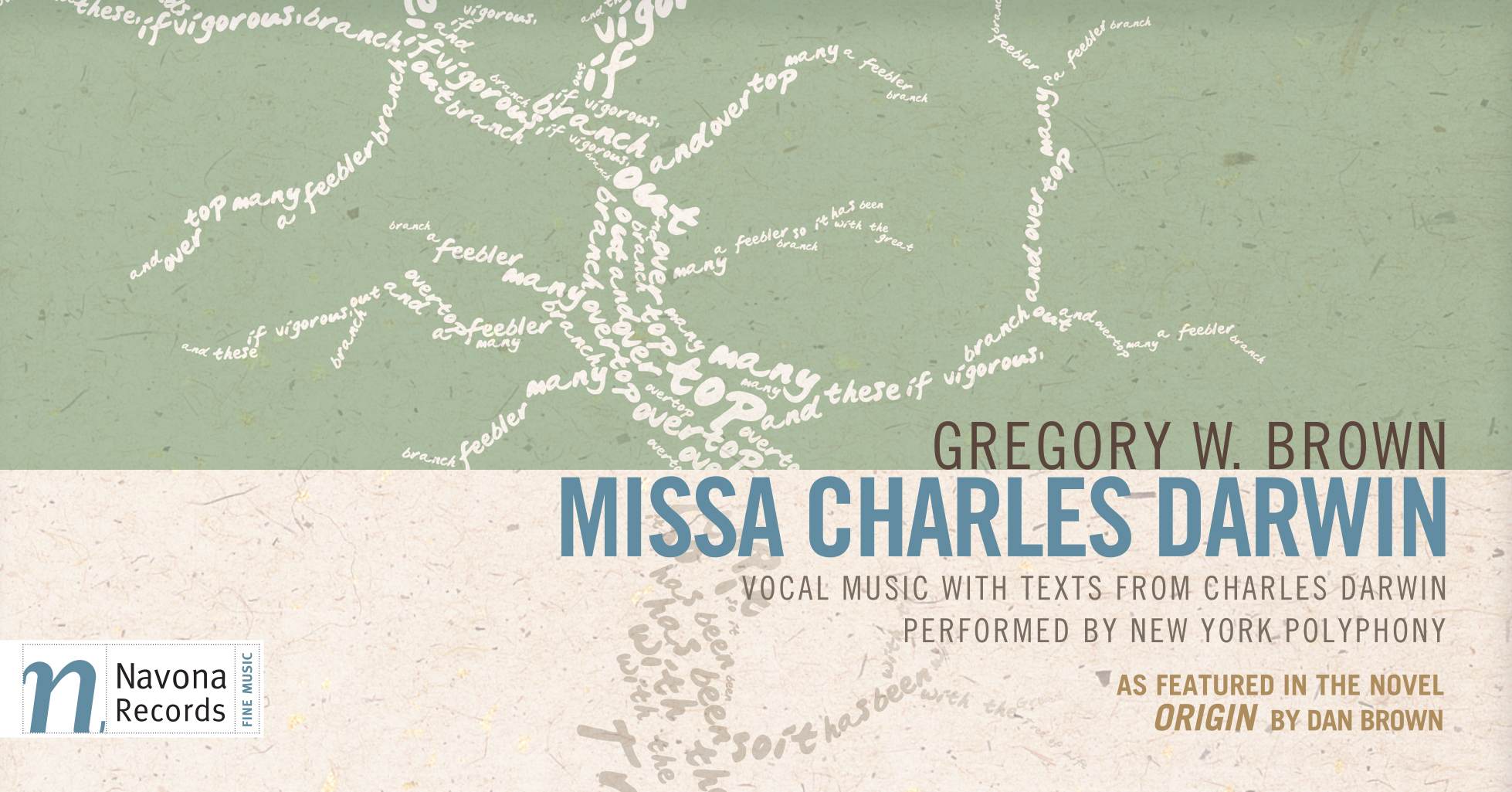 The sparks that lead to creation –the roots of all origin– may be the most potent mysteries of all. July 17, 2018, marks the paperback release of Origin, the newest global bestseller (#1 on New York Times and Sunday Times) by Dan Brown, author of The Da Vinci Code. With summer at its peak, it’s an ideal time to immerse oneself in Origin’s mysteries and the musical work that inspired it: MISSA CHARLES DARWIN, by Dan Brown’s younger brother, composer Gregory W. Brown.

Leonardo da Vinci’s beautiful paintings, intellectually captivating and drenched in mystery and enigma, were what inspired Dan Brown to write The Da Vinci Code, his 2003 blockbuster mystery thriller. Introduced to the paintings in an art history course, he recalls “standing inside the Louvre Museum at 3 a.m., all alone with the Mona Lisa,” as his favorite memory from the book’s (and subsequent movie’s) pre-publication days.

But it was music, not visual art, which inspired Brown’s most recent thriller, Origin. MISSA CHARLES DARWIN is a conceptually provocative and breathtakingly gorgeous vocal work written by Gregory Brown for New York Polyphony. Fusing sacred music with secular text, religion with science, and ancient forms with modern scientific theory, it served as a stem cell, triggering Dan’s interest in writing a thriller about creationism and the complex interactions between science and religion.

The New York Times relates that: “In a telephone interview, Dan Brown said that he’s ‘always looking for big themes,’ and when he first heard the Mass performed in 2011 at the Marine Biological Laboratory in Woods Hole MA, ‘it got me thinking about creationism and this sort of battle between science and religion.’”

MISSA CHARLES DARWIN is an extraordinary musical work, aesthetically and conceptually. The New York Times describes it best: “MISSA CHARLES DARWIN follows the tradition of five-movement Latin Masses but substitutes much of the sacred text with excerpts from ‘On the Origin of Species’ and other Darwin writings. The juxtapositions can be bracing, like ‘Kyrie eleison’ (‘Lord have mercy’) followed by the brutal line ‘Let the strongest live and the weakest die.’

The piece may sound like Renaissance polyphony, but its score also nods to modern science, transcribing the DNA of Darwin’s finches for the opening melody, for example, and adapting into musical variations genetic concepts…”

MISSA CHARLES DARWIN is available on Navona Records in a remastered limited edition, signed by both brothers, which coincided with Origin‘s initial 2017 release.

Dan talks about the origin of Origin – paperback out now in the UK from @TransworldBooks.