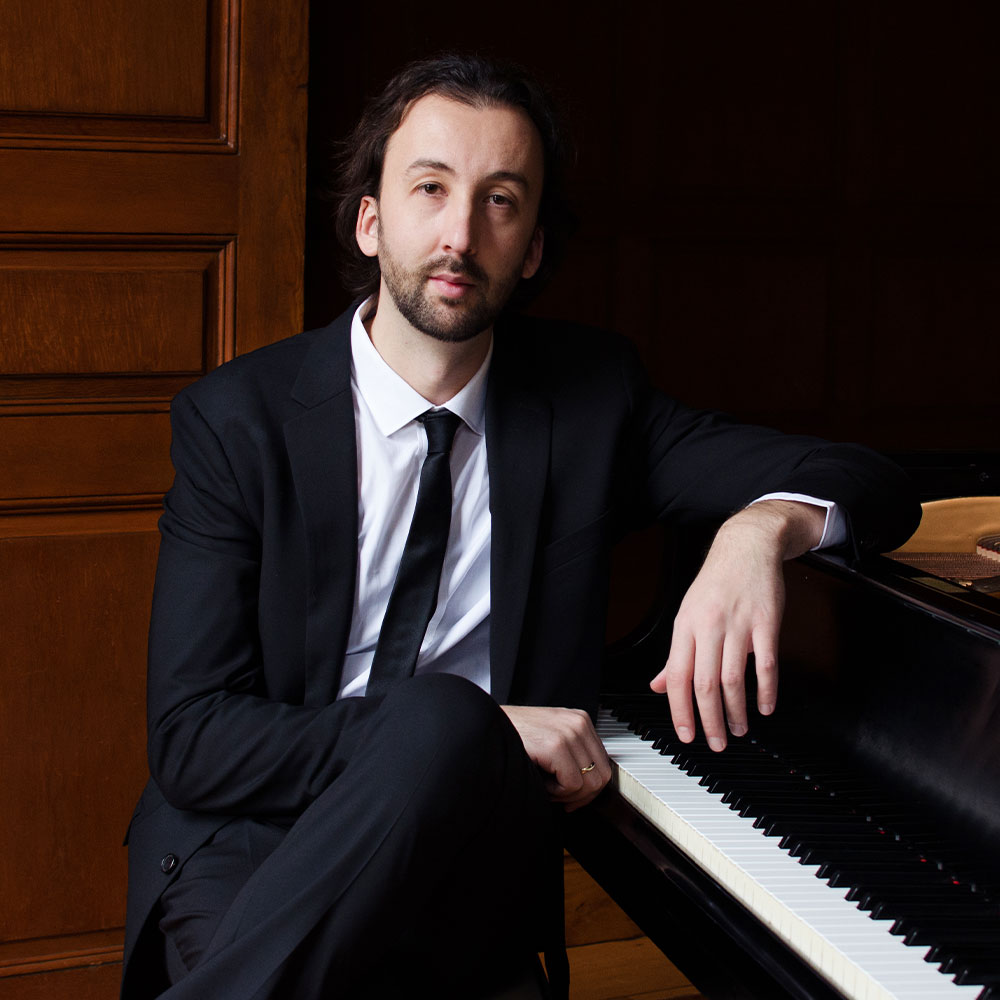 Pianist Dr. Marko Stuparević has appeared in over 500 concerts and festivals over the United States, Israel, France, Serbia, Iceland, Bosnia and Herzegovina, Czech Republic, Bulgaria, Montenegro, and Slovakia as a solo performer and chamber musician.

As a member of Prometheus Duo with saxophonist Joseph Abad, Stuparević performed more than 60 concerts since its founding in 2016, performing in the United States, Iceland, and Serbia, premiering new music and traditional chamber repertoire. The duo was granted artist-in-residency at the Avaloch Farm Music Institute in 2016 and 2017, and was featured on SPECTRA VOL. 2 from Navona Records. The duo was presented at the Belgrade Saxperience in 2019, performing six concerts in six cities in Serbia.

Release Date: October 14, 2022
Catalog Number: NV6423
Romantic
Solo Instrumental
Piano
(RE)CREATION from Navona Records and pianist Marko Stuparević is centered on the acts of creation and re-creation, observed through three piano sonatas of three Russian composers: all pianists, contemporaries, and representatives of some of the most notable works of 20th century Russian piano music. Performed by the award-winning pianist, each sonata is rich with advanced compositional techniques and the individual ideologies of their composers, crafted with cyclical forms representing the circle of life. The works of Sergei Rachmaninoff, Alexander Scriabin, and Nikolai Medtner are on full display, born and immortalized into the never-ending life cycle they mirror.
Discover

Release Date: October 12, 2018
Catalog Number: NV6188
20th Century
21st Century
Chamber
Solo Instrumental
Piano
Viola
SPECTRA 2 unveils the works of six composers, each of whom tells a unique, memorable story. First up is Elizabeth R. Austin's B-A-C-HOMAGE, an intricately constructed tribute to the German Baroque composer. Based on Bach's name and his "Air on G" respectively, the first and second movement reflect upon the clarity of his work through the lens of Austin's decidedly modern tonal language.
Discover