Composer, violinist, and poet Patricia Van Ness draws upon elements of medieval and Renaissance music to create a signature voice that has been hailed by musicians, audiences, and critics. She has been called a modern-day Hildegard von Bingen 1,2, with her ability to compose music “ecstatic and ethereal,” “both ancient and new” 2,3. As in medieval aesthetics, her music and poetry explore the relationship between beauty and the Divine.

Patricia Van Ness’s work has had an impact that is both local and global. She is Staff Composer for First Church in Cambridge, Massachusetts (Peter Sykes, Music Director) and has been an invited lecturer at Harvard University and Boston University. Her music has been commissioned, premiered, and performed by numerous musicians and organizations throughout the world, including The King’s Singers (UK), the Heidelberg New Music Festival Ensemble, Chanticleer, Mannerquartett Schnittpunktvokal (Austria), the Celebrity Series in Boston, the Spoleto Festival Orchestra, Peter Sykes, Coro Allegro, and the Harvard University Choir. Her work has been presented in Rome and Assisi in Italy; the Musica Sacra Festival in Maastricht, Holland; and in halls and cathedrals throughout Italy, Austria, Finland, Germany, Japan, Hong Kong, Puerto Rico, Sweden, Latin America, Canada, Latvia, Russia and the United States. She has been awarded residencies with the Boston Landmarks Orchestra and with Coro Allegro.

Ms. Van Ness is currently composing new music for each of the 150 Psalms. The texts are in English, Hebrew and Latin using the Psalter, the Hebrew Text, and the Liber Usualis.  In 2015 she was commissioned by Cappella Clausura (Amelia Leclair, Director) to compose a multi-psalm concert piece; this resulted in Birds of the Psalms, a ten-movement work that was premiered May 2016.  A live-in-concert CD of this premiere has been commercially released.  In 2017 Coro Allegro (David Hodgkins, Artistic Director) commissioned a similar grouping for concert use: Psalms of Luminous Rescue, a ten-movement work, will be premiered in May of 2018 by Coro.  Other organizations who have commissioned single psalms include the San Francisco Chapter of the American Guild of Organists and Amuse (NYC).

Her scores are available on her website (www.patriciavanness.com). My Heart is a Holy Place is published by The King’s Singers Choral Series, distributed by the Hal Leonard Corporation and available here. Ms. Van Ness is a member of American Composers Forum, ASCAP, and the International Alliance for Women in Music. She is a former member of the Board of the Cambridge Society for Early Music and currently serves on the Musical Advisory Board of Cappella Clausura (Amelia LeClair, Artistic Director). She lives on the coast of Maine with her husband, Peter Marks. 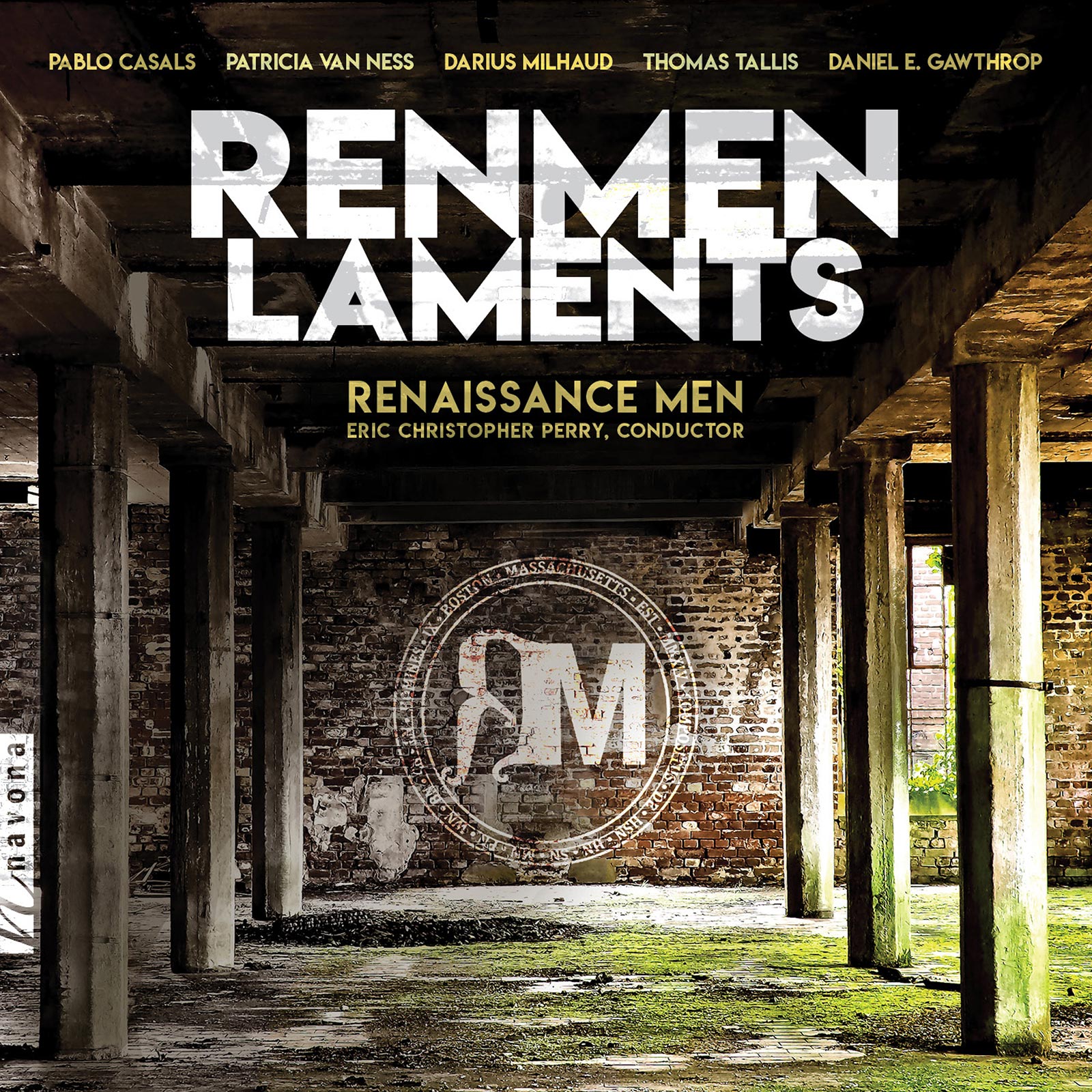 Release Date: February 8, 2019
Catalog Number: NV6210
21st Century
Vocal Music
Choir
Despite the frequent crescendos to the sonic peaks of each composition, RENMEN LAMENTS is an exploration into the valleys of the soul. For most, creating art in the realm of somber moods poses challenges. For the Renaissance Men, the melancholic nature of their musical exploration is not only achieved individually but shared amongst the talents of the vocalists.
Discover 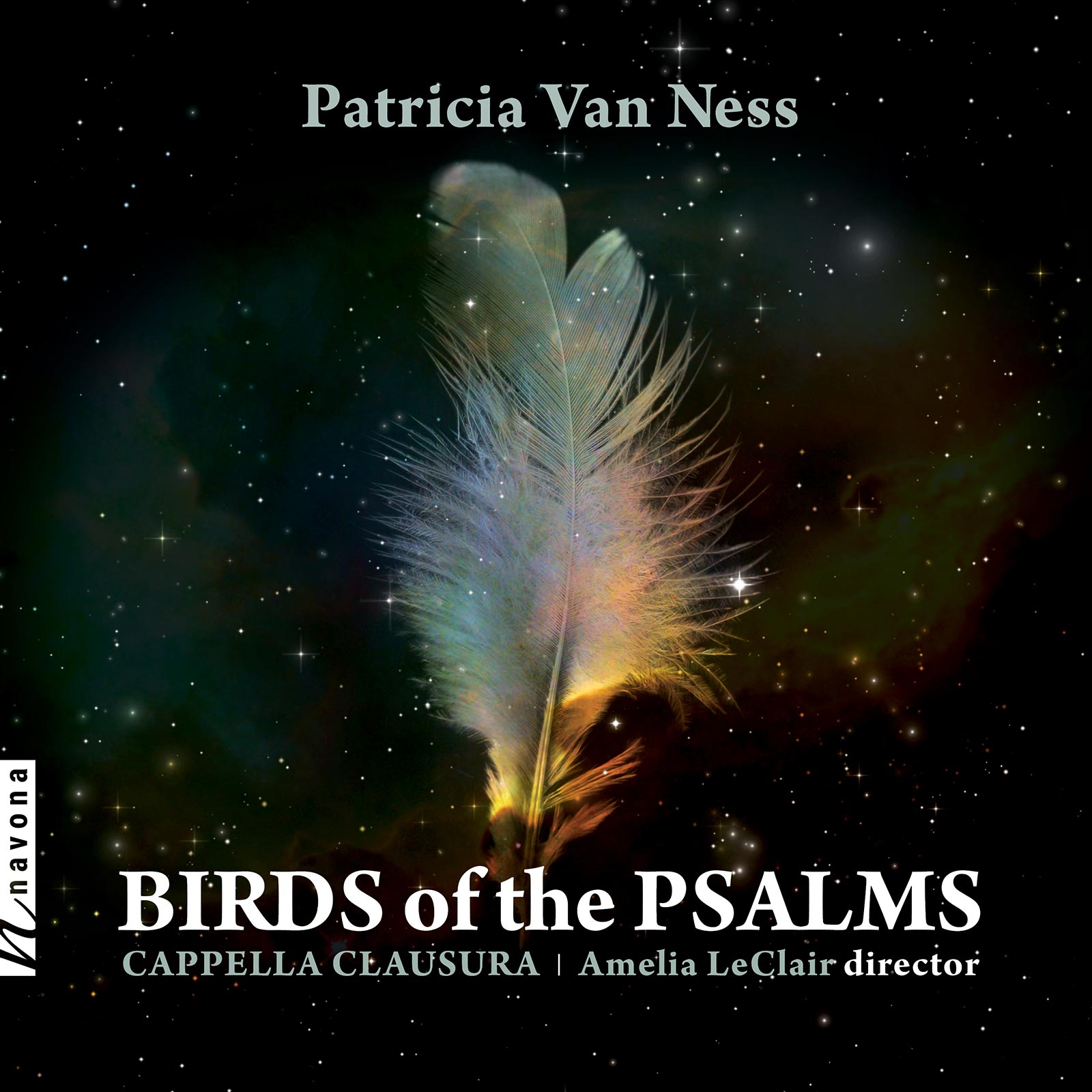 Birds of the Psalms

Release Date: October 1, 2012
Catalog Number: NV5890
21st Century
Vocal Music
Choir
IN PARADISUM is the second Navona release from Coro Allegro, Boston's chorus for members and friends of the LGBT community. This album features two works from acclaimed composer Patricia Van Ness: Requiem, a personal, intimate ritual of consolation reinforcing the presence of divine love; and The Voice of the Tenth Muse, a large, dramatic work based on the texts of Sappho.
Discover