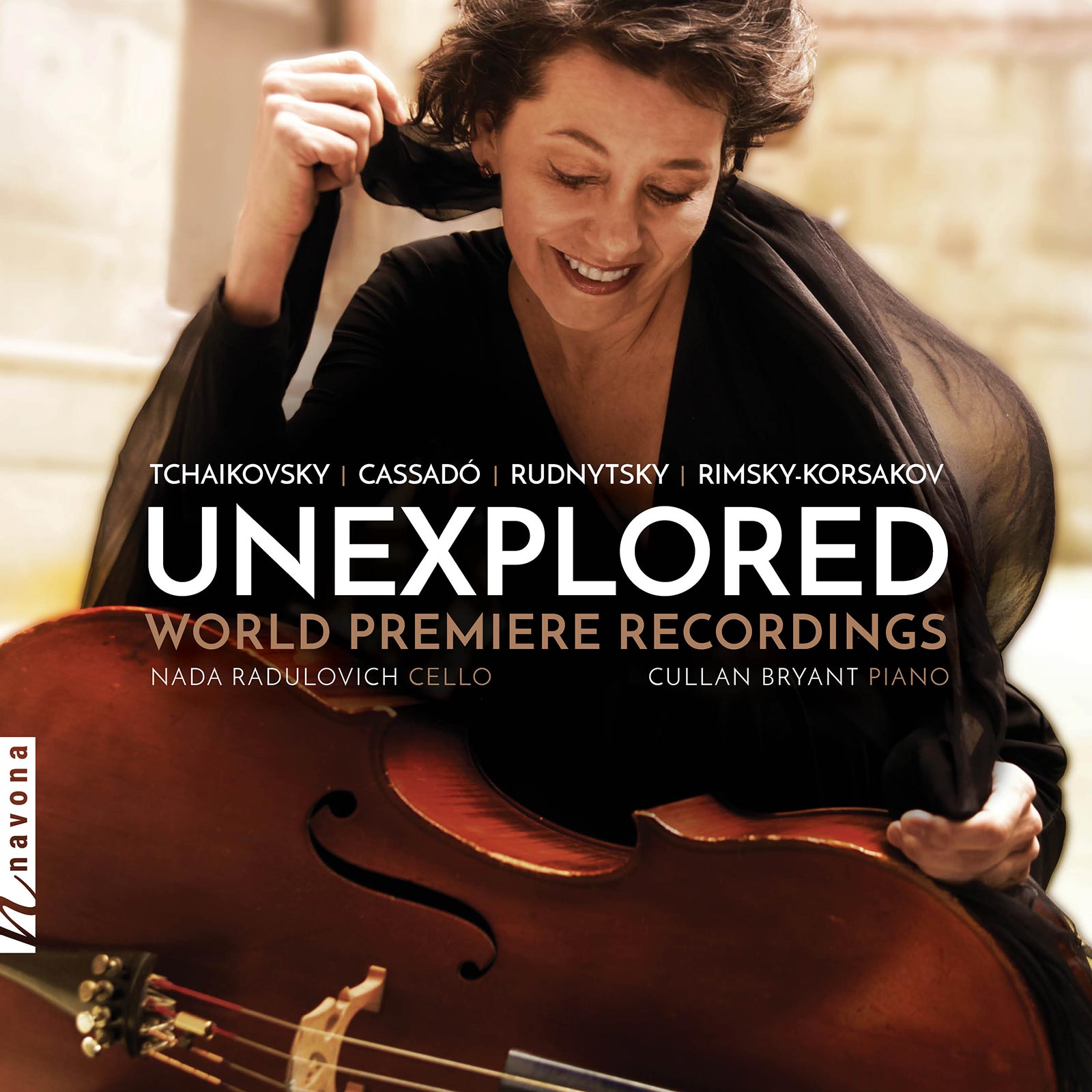 The four works on UNEXPLORED, offer an expansive variety of musical genres while introducing listeners to previously unrecorded cello repertoire. Premiere recordings of works by Tchaikovsky, Cassadó, Rudnytsky, and Rimsky-Korsakov are presented by cellist Nada Radulovich and pianist Cullan Bryant.

Tchaikovsky’s Six French Songs, opus 65, dedicated to Madame Desirée Artôt de Padilla, are settings of works of three French poets. The intensity of these poems is amplified by Tchaikovsky’s music. They find a convincing voice in this transcription for cello. Although this is a fully instrumental program, Radulovich provides the only available English translation of this poetry with this album at Navona Records. Published by Ovation Press.

The passionate and compelling voice of Cassadó (1897-1966) in his Sonata of 1924, deserves to be widely shared and enjoyed . This four movement work is dedicated to Donna Giulietta von Mendelssohn who was said to ‘sing like a mermaid and play the piano like Liszt’ . This compelling work, presented here for the first time, represents various moods and dances. At times poignant, dramatic, playful, or uplifting, it is an effective synthesis of tradition cast in striking harmonic terms.

Romantic Fantasie for Cello and Piano, Op 43, by Ukrainian composer Antin Rudnytsky (1902-1975), displays a conservative 20th-century harmonic language, while exploring the folk idioms of the composer’s native land. The intricate dialogue between the instruments illustrates the composer’s skill at evoking a variety of moods within a single composition.

One of Nikolai Rimsky-Korsakov’s best-known works, The Flight of the Bumblebee, evokes the effortless yet driven path of the tiny insect. This unique transcription of the work was created by pianist Bryant in his effort to remain truer to the original score than previous transcriptions, and was inspired by his years of collaboration with Radulovich. 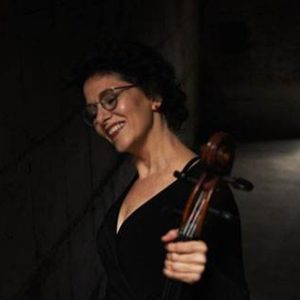 Nada Radulovich is a dynamic and versatile artist who combines her skills as a cellist, transcriber and concert organizer to present unique concerts that synthesize the familiar and unfamiliar in a way that both entertains and educates the audience. A native of Detroit, she developed her artistry and craft at Smith College, the Manhattan School of Music and The Peabody Institute.