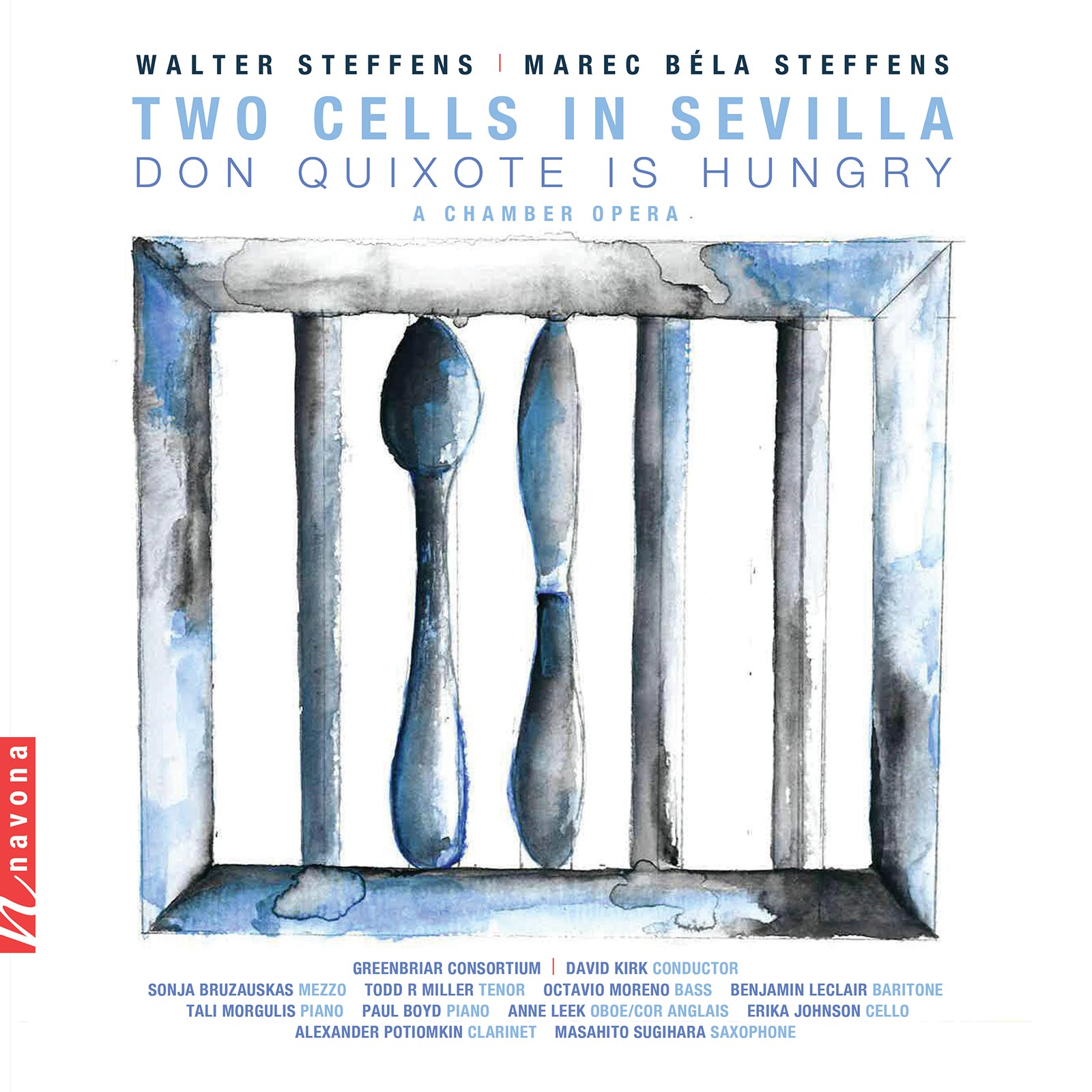 In many ways, Walter Steffens’ TWO CELLS IN SEVILLA is a work of polar opposites. Quasi-tonal but modern, traditional but minimalist, the German composer has created an opera uniting two historical protagonists as multi-faceted as the music itself.

The libretto, written by Steffens’ son Marec Béla Steffens, fancifully merges the lives of Brother Gabriel Téllez, best known under his pen name Tirso de Molina as the inventor of the fictional womanizer Don Juan, and that of Miguel de Cervantes, the author of windmill-fighting Don Quixote. Both look upon the world from their own respective confines – the monk Brother Gabriel from his cloister, Don Miguel from a debtor’s prison cell. Their divine literary outbursts are provoked by a very mundane desire indeed: Both habitats share the same slothful cook, a lady with a penchant for gallant novels. Spurred by the same simple wish of enjoying a heartier fare, both Brother Gabriel and Don Miguel de Cervantes embark on a competition to come up with the raciest, most exciting novel to win the good will of their cook.

The music captures this dialectic perfectly, conveying a grandiose arc of drama with deceptive ease and at the same time elevating the mundane to greatness. It would be tempting to diagnose enlightened undertones in the libretto as well as in the music: For as sublime as the work sounds, it remains deeply committed to the human spirit.

TWO CELLS IN SEVILLA is rounded off by Steffens’ musical interpretation of five poems by fellow-German Friedrich Hölderlin, widely known for the intensely lyrical, idealistic quality of his work and his tragic descent into insanity. With these lieder’s ethereal fluctuation between beauty and pain, they truly are an apt choice for an album as full of contrasts as this one. 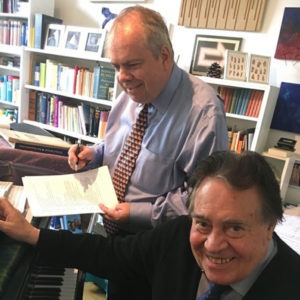 Born in Aachen, Germany, Walter studied in Hamburg with Ernst-Gernot Klußmann, Wilhelm Maler, and Philipp Jarnach (Busoni’s pupil, and the teacher of Kurt Weill and Bernd Alois Zimmermann). He is prolific in all genres, from solo and chamber works to grand opera. Five of his operas were brought to stage in Germany: “Eli” inspired by Nelly Sachs and “Die Judenbuche / The Jew’s Beech” after the novella by Annette von Droste-Hülshoff were performed in Dortmund.