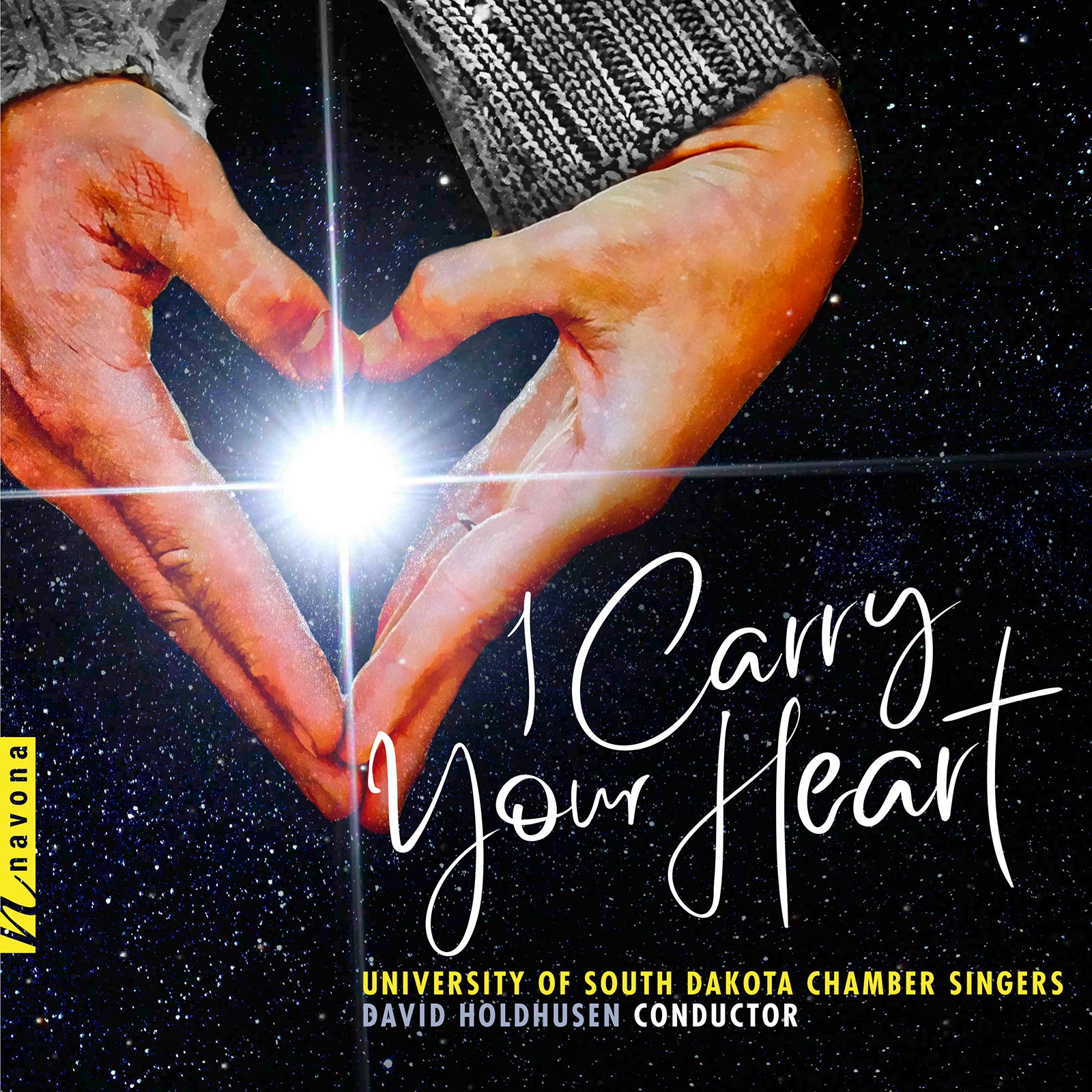 I Carry Your Heart

The album commences with the Rhodesian miners’ song Tshotsholoza, an upbeat encouragement to carry on despite challenges. Similar in tone and spirit is Muie Rendera, a vibrant folksong from Northeastern Brazil. Traditional Swedish dancing song Och jungfrun hon går i ringen is just as cheerful and even festive.

I CARRY YOUR HEART also manages to strike a more pensive chord: be it in the form of Dwijavanthi, a soulful Indian raga, or Dirshu Adonai (Seek the Lord and His Strength), a slow meditation sung in Hebrew. And of course, Christian spirituality doesn’t come up short, either: from psalm text Sicut Cervus, composed by the Chamber Singers’ effective composer-in-residence Jonny Priano, to two different renditions of the Lord’s Prayer, once in Afrikaans (Die Onse Vader) and once in the Russian Orthodox liturgical tradition (Otche Nash), Christian liturgy is quite present on the album.

It’s not all ancient history: With Sit Down Servant, Ain’t That-a Rockin’, and Keep Your Lamps, the album also features several African-American Spirituals, performed with tremendous fervor and sensitivity. The biggest surprise, however, may well be the two refreshingly accessible, aesthetic choral compositions by young composers: the tender Jenny, by Nick Myers (b. 1987), and i carry your heart, an E. E. Cummings poem sympathetically set to music by Connor Koppin (b. 1991). Frank Ticheli’s unsettlingly beautiful work There Will Be Rest, based on a poem by underrated American poet Sara Teasdale, lingeringly rounds out the album.

In light of all this musical beauty and palpable excellence, it is hard to tell whose merit it is: the Chamber Singers’, or conductor David Holdhusen’s? Most likely, the answer lies within the question: One cannot tell, because all elements of this recording – composers named and unnamed, the choir singers, the conductor – work so astoundingly well in unison, just as you’d expect from a truly brilliant ensemble.

Dr. David Holdhusen is the Director of Choral Activities and the Douglas and Susan Tuve Distinguished Professor of Choral Music at the University of South Dakota. His responsibilities include serving as conductor for the USD Chamber Singers and teaching courses in conducting. In addition to his teaching duties, Holdhusen is currently the Chair of the Department of Music and Director of the university’s annual Choral Directors Institute.