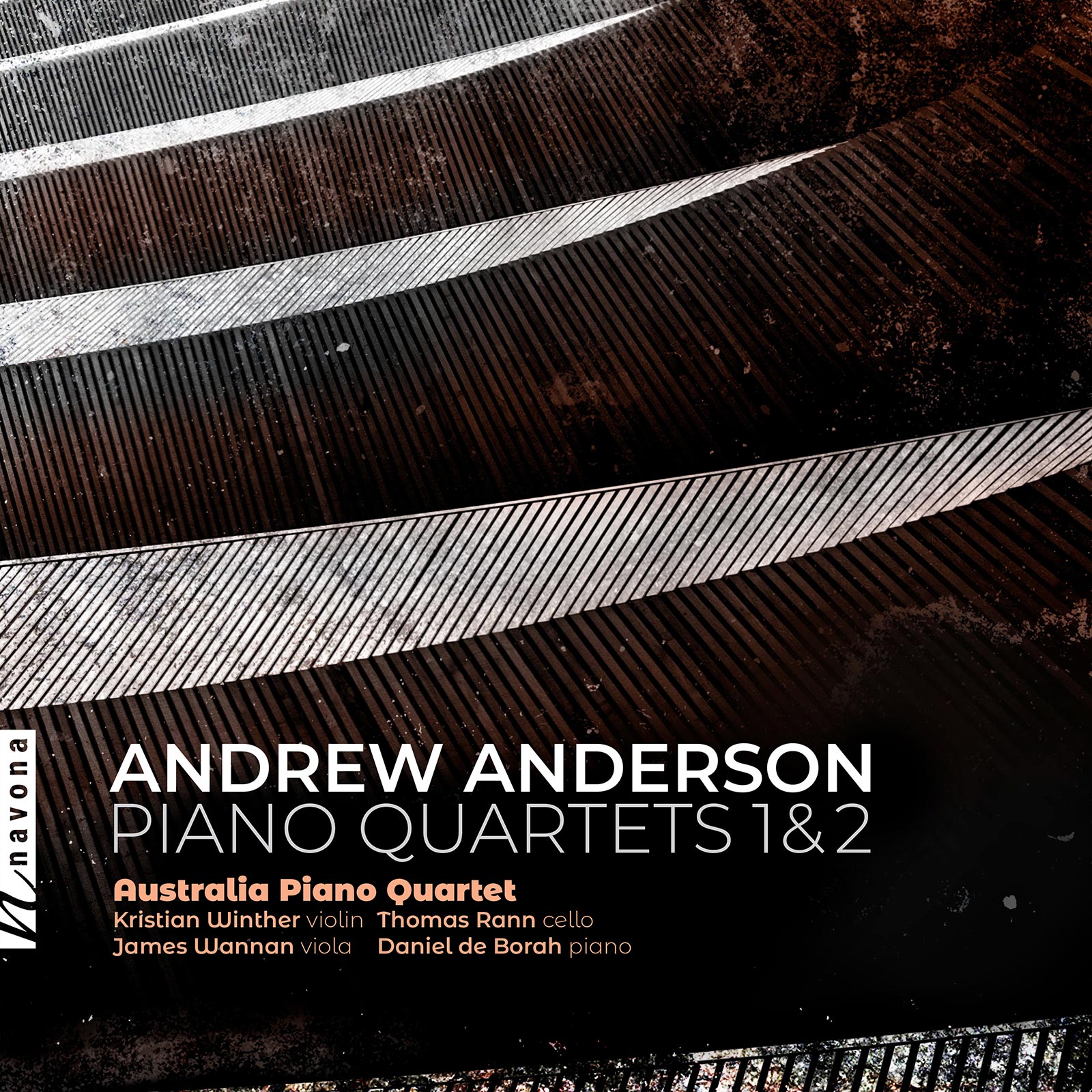 It’s almost hard to believe that Andrew Anderson hails from Australia, given how deeply rooted he seems to be in the European High-Romantic tradition. The first quartet in particular is profoundly reminiscent of the virtuoso chamber works of Dussek and Hummel, with a dash of Dvořák for good measure. And yet, its sound is decidedly modern. Not only is the work stunningly well-proportioned, it effortlessly adheres to the classical sonata form – not in a rigid, miniaturized way of imitation, but completely naturally, as if it could only exist in this way and no other.

The second quartet starts out with harmonic undertones of Sacchini’s quartets and the sort of melancholia of Schubert’s “Daß sie hier gewesen,” but the mood soon makes a departure for the 21st Century, greeting the voices of Franck, Shostakovich, and Prokofiev on the way. And astoundingly, this works, and spectacularly so: never does it come across as an eclectic remix of history. It simply is Anderson’s natural compositional voice.

What’s most impressive is the manner in which Anderson bridges the long-running musical chasm between listenability and technical depth. Most composers, contemporary or not, struggle here and end up specializing in either one. Not Anderson. His music is instantly accessible to the casual listener, yet mind-bogglingly complex upon closer inspection. It is that kind of musical composition which simply cannot be taught, not at a conservatoire nor elsewhere; a music that lives and breathes, or in Beethoven’s words, music with a divine spark.

Andrew Anderson (born 1971) studied composition with Rodney Ford, violin with Barbara O'Reilly, and piano with Arvon McFadden in Melbourne, Australia. His choral writing is informed by engagements with parish choirs in the United States and the UK, as well as tuition in singing with Nigel Wickens (Cambridge UK).