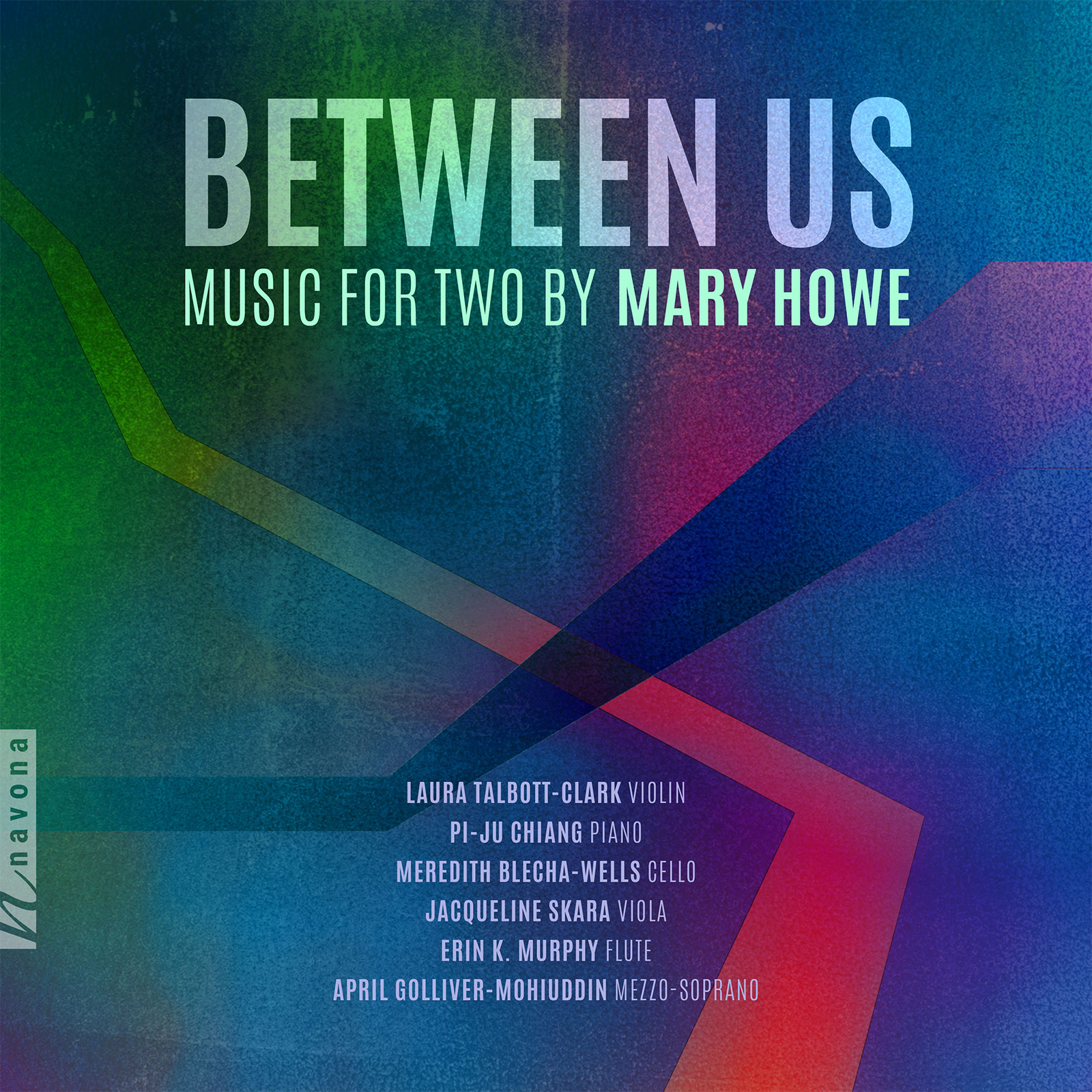 Music For Two By Mary Howe

Throughout her storied career, composer and music activist Mary Howe elevated the status of women composers and the Washington DC music scene and gained notoriety for her orchestral works. Many of her pieces for smaller ensembles, however, remain unpublished. On BETWEEN US, premiere recordings of Howe’s duos at last see the light of day and showcase her knack for drawing out the melodic qualities and dynamic timbres of the piano, voice, and stringed instruments. The pieces transcend time, simultaneously pulling from the sensibility and formal structures of romanticism and 20th-century idioms, spanning and bridging the gaps that typically pigeonhole music into a specific milieu. 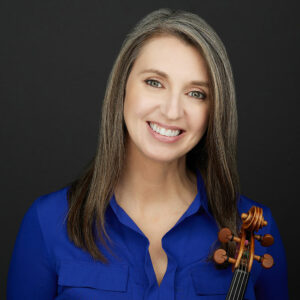 A vibrant musician and innovative educator, Laura Talbott-Clark currently serves as associate professor of violin at Oklahoma State University. An avid chamber musician, she has performed as principal violinist of Tulsa Camerata, Janus 21 Chamber Ensemble, and as second violinist of the Tulsa Rock Quartet. Talbott-Clark has an extensive background as an orchestral musician, including membership in the Tulsa Symphony Orchestra, Nashville Symphony, and Cantata Singers Chamber Orchestra. 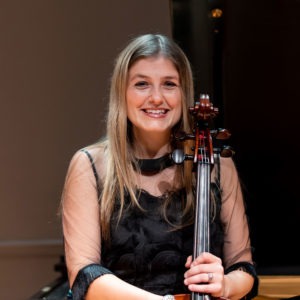 Praised for her “beautifully full and lyrically strong tone” by Gramophone Magazine, Meredith Blecha-Wells is a sought-after performer and instructor. She has played throughout much of the United States, as well as Europe, Australia, South America, and Asia. Currently based in Oklahoma City, Blecha-Wells performs regularly with the Oklahoma City Philharmonic and the Brightmusic Chamber Ensemble. 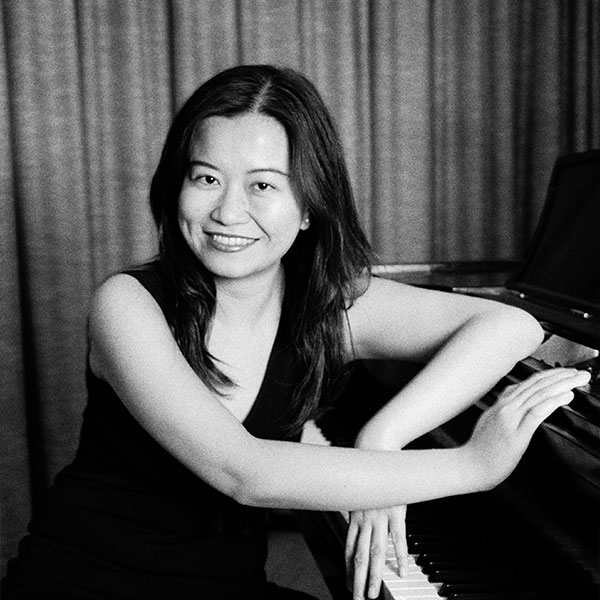 Pi-Ju Chiang has served on the keyboard faculty at Oklahoma State University since 2013. She has performed in the Great Plains Regional Tuba and Euphonium Conference, MTNA of Oklahoma, National Conference of National Association of College Wind and Percussion Instructors, the College Music Society, North American Saxophone Alliance, and numerous state and regional festivals and conferences.

As an active recital pianist and collaborative artist, Chiang appears frequently in solo, chamber, and collaborative recitals in Taiwan, North America, and Mexico. She has shared the stage with numerous renowned artists, including principal players from the Cleveland Orchestra, Oklahoma Philharmonic, and Tulsa Symphony. Her experience as a collaborative pianist took her to the Bari Opera Theater (Italy) where she performed two operas, La Bohème and Il Trovatore, in 1997. She was the first Taiwanese pianist to perform the two complete major opera works in Italy; she has since continued to build her career as a talented collaborative pianist internationally.

She was awarded third prize in the 2000 Sidney M. Wright Endowed Presidential Competition in collaborative piano while studying at The University of Texas at Austin (M.M., Piano Performance). Her outstanding talent in collaborative piano was recognized through a full scholarship award to study at Rice University (M.M., Piano Chamber Music/Accompanying).

Chiang was invited to be a participant in the 2004 Cleveland Art Song Festival. She received the Rosa Lobe Memorial Award in Accompanying at the Cleveland Institute of Music in 2005 which recognizes the highest level of artistic achievements while attending CIM (Professional Studies, Collaborative Piano). Chiang was appointed as a CIM collaborative faculty member immediately upon graduation in May of the same year. Chiang’s performances have been frequently heard on WCLV 104.9, northeast Ohio’s classical radio station. Her recordings can be found on the website instantencore.com. 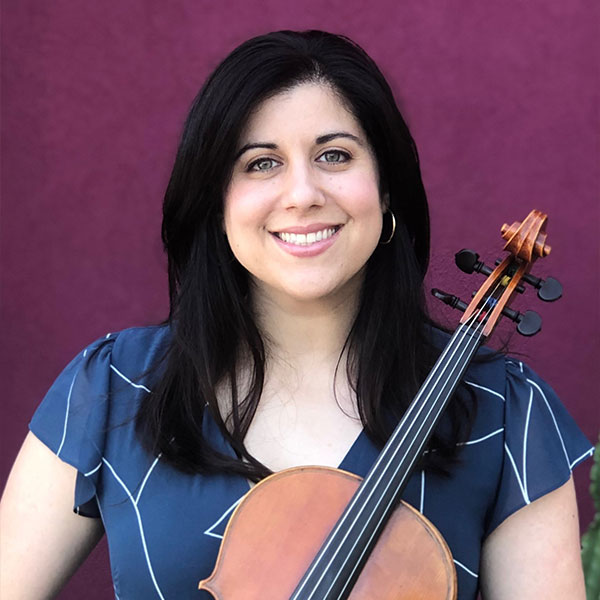 Jacqueline Skara serves as Assistant Professor of Viola and Music Education at Oklahoma State University’s Michael and Anne Greenwood School of Music. A native of Southern California, Skara is a driven and focused string instrument educator and performer. An avid chamber musician, she was a founding member of the Allium String Quartet and enjoys performing music outside of the Western art tradition. Additionally, she values utilizing chamber music as a form of community and educational engagement and has participated in programs such as Civic Orchestra’s MusiCorps and Reimagining Opera for Kids. 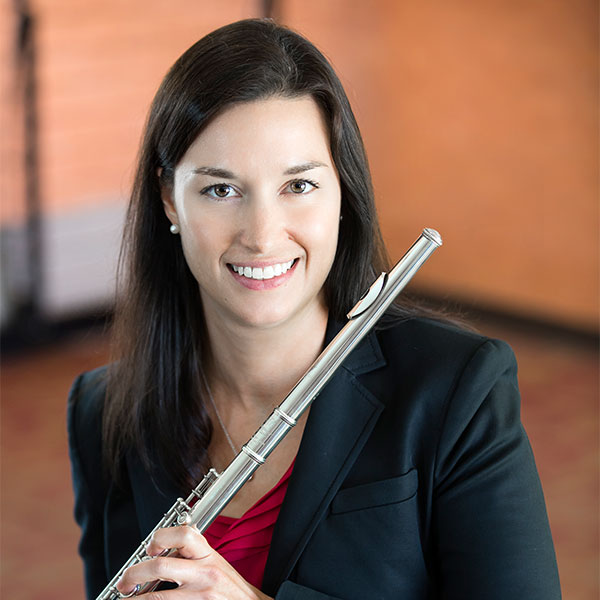 Erin K. Murphy frequently performs with orchestras, in chamber music collaborations, and as a soloist throughout the United States and abroad. She holds flute performance degrees from the University of Wisconsin-Madison, Northwestern University, and the University of Michigan. In addition, she earned a performance certificate while studying in England at Trevor Wye’s international flute studio.

Murphy has performed as a soloist with the Lake Forest Civic Orchestra, Oklahoma State University Symphony Orchestra, Great Lakes Chamber Orchestra, Ravenswood Community Orchestra, and Whitewater Chamber Players. Recent orchestral performances include those with the Kansas City Symphony, Oklahoma City Philharmonic, and Symphony of Southeast Texas. She has been featured at many conferences including CMS National, CMS South Central, Music by Women Festival in Mississippi, Clarinet Colloquium at TAMUC, Flute New Music Consortium New Music Festival, National Association of College Wind and Percussion Instructors, Women Composers Festival of Hartford, and several National Flute Association Conventions. She is a founding member of Lakeshore Rush, a chamber ensemble that frequently collaborates with composers and performs lesser-known contemporary works. Other recent chamber music appearances include those with Bluestem Blaze, the OSU faculty woodwind quintet. Murphy has performed in England, Hungary, Austria, and the Czech Republic. She has performed solo recitals in Colorado, Illinois, Michigan, Missouri, Oklahoma, Texas, and Wisconsin. Her recent recording of modern flute and piano duos by women composers was released on Albany Records in 2020.

Murphy joined the faculty at Oklahoma State University as the Assistant Professor of Flute in 2018. She held previous teaching appointments at Lamar University, University of Wisconsin-Whitewater, and Maranatha Baptist University. Her articles have been published in The Flutist Quarterly, Journal of the International Alliance for Women in Music, Flute Talk, BandDirectorsTalkShop.com, and Chicago Flute Club’s Pipeline. Visit www.erinkmurphyflute.com for more information.

April Golliver-Mohiuddin, Professor of Voice at Oklahoma State University, holds a Master of Music in Vocal Performance from the prestigious Indiana University Jacobs School of Music and a Bachelor of Music in Vocal Performance from Oklahoma City University. Mohiuddin has received awards for her outstanding teaching at Oklahoma State University which include the 2019 Outstanding Faculty Mentor Award, 2013 Friends of Music Distinguished Music Professor Award, and the 2008 Wise-Diggs-Berry Award for Teaching Excellence.

Mohiuddin has performed throughout the Czech Republic as alto soloist in Pergolesi’s Stabat Mater. She made her professional operatic debut with Des Moines Metro Opera. She has also performed recitals at the Aspen Music Festival and the Spoleto Vocal Arts Symposium in Spoleto, Italy.

Despite having written nearly 200 works, including 20 orchestral pieces, three string quartets, choral and chamber works, and numerous songs, Mary Howe (1882–1964) is best known as a music activist. A co-founder of both the Society of Women Composers and the National Symphony Orchestra, Howe promoted the work of her music colleagues and helped elevate the Washington DC music scene to international renown. She toured extensively as a member of a piano duo with Anne Hull and formed a professional vocal group with her children, The Four Howes. Yet, it was through the lens of her work as a composer that she most profoundly interacted with the world.

“When I began to compose, I felt I had the right to be there doing it, because what I worked on was myself.”

“I have realized that the way I like music, the way I work at music and the way I hear music reaches back and reaches forward simultaneously…spanning and bridging.”

While her orchestral music was often performed during her life, many of Howe’s works for smaller ensembles remain unpublished. BETWEEN US: MUSIC FOR TWO BY MARY HOWE is the first non-archival recording of her Sonata for Violin and Piano, as well as the premiere recording of duo works for cello, flute, mezzo-soprano, and piano, including two new arrangements for viola and piano.

BETWEEN US features members of the Oklahoma State University Greenwood School of Music faculty. Like Howe, we span and bridge multiple roles as artists, activists, teachers, mothers, and partners. We, too, “use the chinks of time [to work] and fill each day to the brimming.” Mary Howe’s career stands as a symbol of collaboration and integration—the blending of the public and private spheres of life.

Ah, let him come back! How bitter life is!
Ah, let him come back, the man who is so dear to me!
I hear the blackbirds singing as in the past.
Far, far away from me, whatever is he doing over there?
No, don’t tell me.
The little shepherdess is going into the plain;
She is carefully guarding her sheep in the fields.