THE INSIDE STORY: Gregory Wanamaker and LIGHT AND SHADOWS, WAVES AND TIME 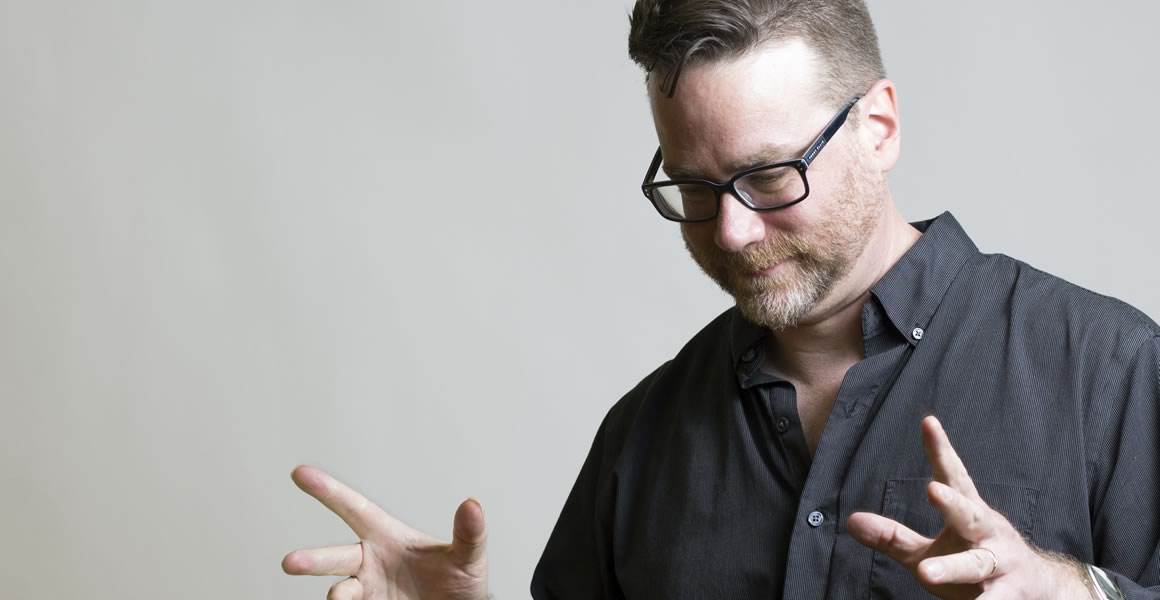 Today, Gregory is our next featured artist in “The Inside Story,” a blog series exploring the inner workings and personalities of our artists. Read on to hear about Gregory’s outstanding history as a student of all types of music…

It is seriously difficult to single out one or even a few artists. What I can say is that there are subtle quotes of Joni Mitchell’s live album Shadows and Light and Charles Mingus’s Goodbye Pork Pie Hat in my work of Light and Shadows that is the centerpiece of my new album. I listened to Joni quite a bit during my senior year in high school and she taught me that an artist need not limit one’s self to a single genre to create art.

But I would have to say Van Gogh.

When did you realize that you wanted to be an artist/ composer/creator?

I was surrounded by music when I was a kid. My older brothers played guitar and piano, and were always playing stuff – rock, progressive rock, jam bands, folk music, etc. – on their stereos in their rooms, so it was difficult for me to get a listen of my own in edgewise. My parents played muzak during the weekly Sunday dinners, but also enjoyed Dixieland jazz, and had an appreciation for classical music. As a kid, I spent my summers as a child actor in summer stock theaters while teaching myself to play the stuff my brothers were listening to on my guitar.

I attended a boarding school for a couple years when I was a teenager. I joined their small jazz band as their bassist during my second semester there. The group was directed by the brilliant composer Anthony Branker, who was also new that year. I had no real understanding of jazz but I stayed open minded.

The following year, I took Mr. Branker’s composition class, which used the jazz band as a sort of a lab. So we spent most of our time listening to jazz records, studying charts and learning about jazz harmony. We talked about music from blues to bop to fusion. One day Tony pulled out Ornette Coleman’s Free Jazz, placed it on the spindle, dropped the needle, and waited.

I can’t say that I liked it initially, but my immediate reaction to this joyful noise was not a typical 16-year-old’s eye-rolling impatience. Although, I did think, “Why is this on a record?” Tony was a great, patient communicator who explained the basic philosophy behind this movement – and collective improvisation in general.

During the break after that semester, I ran across a record of some of John Cage’s music in the local library, and found (in my mind, at least) an aesthetic and philosophical similarity to Ornette’s Free Jazz. So, I looked up John Cage. He studied with Schoenberg. So I listened to Schoenberg. I looked up Schoenberg, and he wrote quite a bit about Brahms. So I listened to Brahms… You can probably see where this is going – I went backwards when it came to my self-direct study of classical music.

All right, so the question was about when I wanted to be a composer. That was when. I was 16 when I figured out that there were no rules per se, but that there was a colorful genre-crossing history that could inform the rules a composer might impose on his or her music – or ignore altogether.

At 8 minuted and 32 seconds into Luminant Shadows, the etherial first movement of my work of Light and Shadows, saxophonist Stephen Page crescendos from nothing to fortissimo through an e-flat > g-flat tremolo, while pianist Liz Ames beautifully attacks an accented bell-like bass-heavy interval that redefines the tonality of the piece, and thus changes the context of all of the thematic material, previously heard, as it returns.

If that seems a bit technical, this is the moment giving resolution to all the tension gradually created in this work. Liz and Stephen captured it perfectly.

Was there a piece on your album that you found more difficult to record than the others?

…unsettled, unphased… draws from a wide variety of musics (bebop, progressive rock, horo, serialism, and so on). It is a rather complex work rhythmically, texturally, and structurally. Because of this, we chose to create a live take, then track individual parts over that. Therefore, the recording process was quite different than I am used to.

Saxophonist Robert Young and percussionist Tim Sullivan, for whom I composed the work, have been wonderful champions of this piece. I am not ashamed to admit that they probably know …unsettled, unphased… better than I do at this point. In the recording session, which took place last September, they started pointing out several small details in several individual takes that needed “cleaning,” things I hadn’t initially noticed. Robert’s brilliant wife Amir also stepped in to help guide the process. This was the track where I was so grateful for the assistance of so many extra ears and support.

I have been very fortunate over the past twenty years or so to have developed friendships and collaborations with a great many musicians who have championed my music. These relationships have developed into a nice little discography for me that consists mostly of the inclusion of my music on recital discs by various performers and ensembles – something for which I am very grateful.

From the beginning of its conception, LIGHT AND SHADOWS, WAVES AND TIME was designed to reverse the nature of these relationships in a way. I invited several of my favorite musicians and ensembles from around the country, who have performed my music over the years, to help create a single album of my music. Through this process, I have developed new friendships and strengthened existing ones.

Together, I think that my friends and I have created something very special. It is a true joy to have the opportunity to share it with anyone who would listen.

LIGHT AND SHADOWS, WAVES AND TIME is now available through Navona Records for streaming or purchase. Click here to explore this new album.