The Inside Story: Wieslaw Rentowski and SOLO & CHAMBER MUSIC 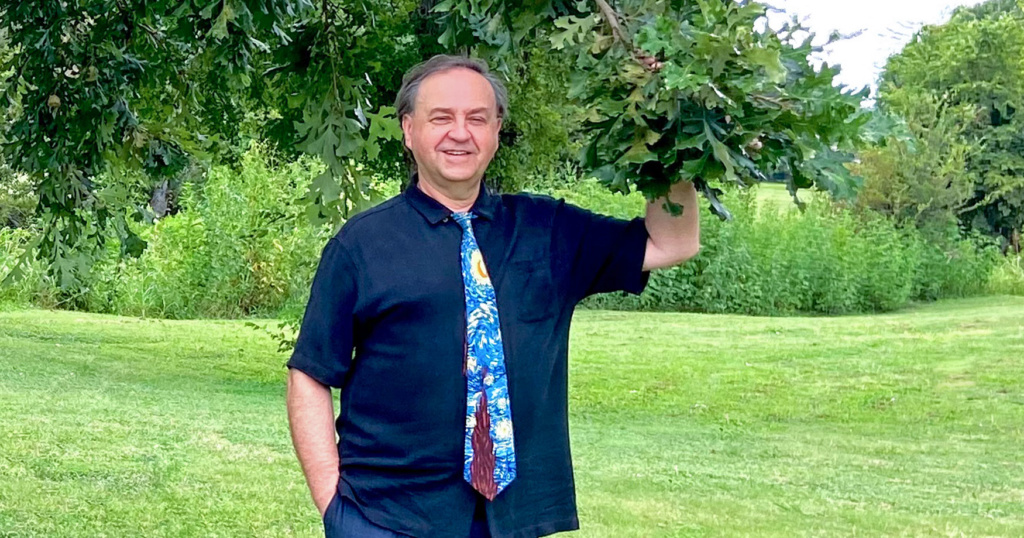 Internationally renowned composer Wieslaw Rentowski presents SOLO & CHAMBER MUSIC on Navona Records, an album whose works span three decades of Rentowski’s chamber music oeuvre. Many of the works featured on the album are inspired by Louisiana and the Southern United States, making up a varied and inviting release that showcases the breadth and depth of Rentowski’s compositions.

Today, Wieslaw is our featured artist in “The Inside Story,” a blog series exploring the inner workings and personalities of our composers and performers. Read on to learn about his early considerations of a career in film, and his favorite summertime activity…

I think that I have been very “artistic” since being a few years old. I remember that one of my favorite musical activities as a child and early teen was to change and “improve” pieces by great masters like Haydn, Mozart, or Beethoven. While playing and practicing piano, I was often adding or modifying some phrases to make them more interesting in my view at that time. I composed my first piano piece when I was around 10 or 11. I also wrote some poems and I loved visual arts. I became very determined about being an artist and musician after my parents decided that I need to get into a “real” profession — that would have nothing to do with music — in order to later find a good job. I started playing piano when I was between 6 and 7 years old, but I made a decision about my artistic destiny before I entered high school. It is noteworthy that my mother had a beautiful voice and played guitar, my father played violin and wrote many outstanding poems, and both my older sisters played piano. However, I became the only professional artist/musician in my family.

I love nature, plants, animals, growing and building things. So, I could probably be a farmer…anywhere in the world. However, I was always interested in many different professions and possible jobs elsewhere, at places distant from where I lived. When I was at high school and being seriously involved in studying music, I also considered becoming a movie producer/director. But eventually, I decided to continue with music education at the university level and pursue my music career. At that time I concluded that writing music and playing an instrument was more serious than making movies, and after many years of being an artist/musician, I am still very happy with the choice I made very early in life.

I did study organ and piano and was very active as a concert organist and recording artist for many years; I recorded many pieces by Polish, American and Canadian composers, including my own organ works. I love all instruments and as an active conductor I always wanted to play at least some of them. I cannot name just one, but at the top of my list would be violin, flute, and saxophone. I also love the human voice as an instrument and I often sing vocal parts while composing for solo voices or choir. During my high school and college years I attended lots of opera productions. One of my favorite activities during summers is to drive to Santa Fe in New Mexico and enjoy different operas at the Santa Fe open air opera house.

Whenever I compose a piece of music, I keep writing until I like the final product and can give myself a “good grade” for the new composition according to my personal taste, original design, and expectations. So, on the album I have many favorite moments, since I like all my compositions for a variety of different reasons. What my favorite thing is about the album “moment” though, is the fact that there are 11 pieces created and recorded at different times and recording studios. They are all written by the same composer. I have to admit that I also like solo and chamber organ pieces that I recorded myself; listening to my pieces on the album gives me a different perspective as a composer and listener. I can hear the music more as an outsider, trying to make an assumption that I actually do not know the music that well. It is a very different experience compared to live performances on stage, when you listen to only one composition “surrounded” by works of other composers. And I love the album cover; I think that the graphic design of my album by PARMA is very “musical,” and creates a special momentum.

It is a good representation of my compositional language, techniques that I used or created, and my output in general. Although this album showcases only a fraction of what I wrote in the past, to me personally it confirms that I was creating what I really wanted to write and express at a time when different compositions were evolving. It is also a part of my musical journey, showing that I was consistent with the stylistic approach I undertook very early, while on the move to create my own language and style. As a listener I appreciate and enjoy the variety of compositions presented in this album. I do hope that from now on my music will be able to reach out to broader audiences around the world and inspire more gifted musicians and amateurs alike to create their own music.

It is a great feeling to listen to so many outstanding performing artists on this special album, where more traditional music meets the world of avant-garde and experimental. Many of those artists are first prize winners of international music competitions and very successful recording artists from Europe, Russia, Asia, United States, and South America. I hope that potential audiences will enjoy the variety of compositions written for different instruments, ensembles, and string orchestra. I also hope that some attentive listeners will be able to recognize several unifying elements of my musical language, techniques, and style that are apparent in some of the pieces, including use of the Open Tonality system that I created many years ago. All my works on the album were commissioned by outstanding individual artists, ensembles, string orchestra, and recording labels. I would like to dedicate this album to all the wonderful artists who — many times — performed and recorded my music so expertly. I also have a deep feeling of gratitude to the outstanding PARMA Recordings producers and very gifted artists who made this album possible. 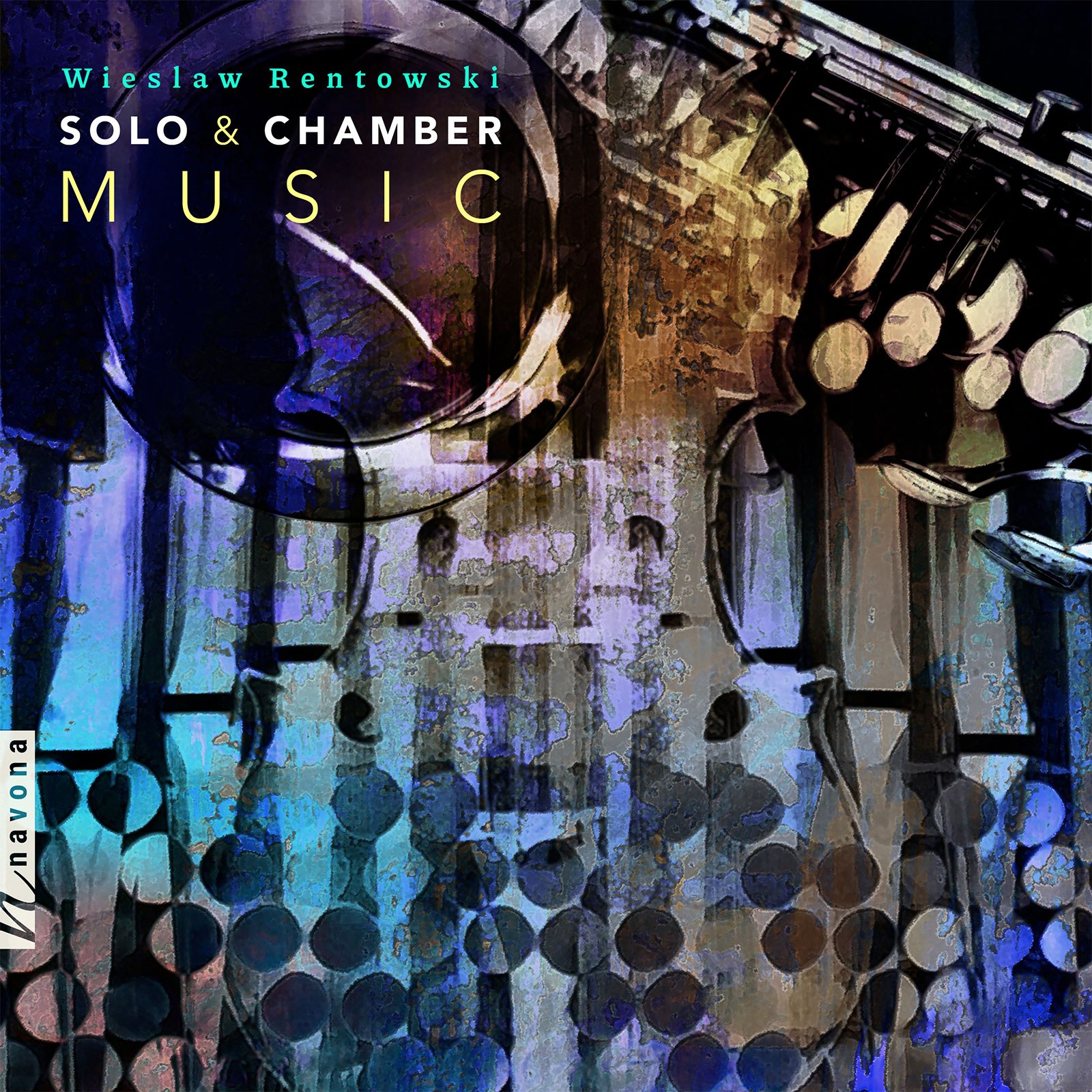 SOLO & CHAMBER MUSIC is available now from Navona Records. Click here to visit the catalog page and explore this album.