An eclectic collection of cultural themes, WOVEN IN TIME is grounded in connections made through distant timestamps. Each piece weaves culture and ideas of the past with a modern approach to composition, revitalizing and repurposing the popular culture and literature of yesterday into contemporary music for our enjoyment today. 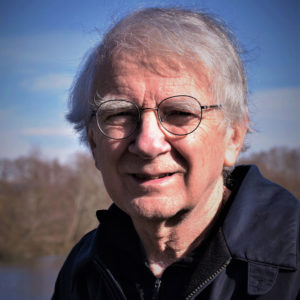 Richard E Brown, a native of New York State, has been active as a composer-arranger and music educator for many years. His training includes M.M. and D.M. degrees in composition from Florida State University, as well as a B.A. in music education from Central College, which named him a Distinguished Alumnus in 1983. His principal composition studies were with Carlisle Floyd, John Boda, and Charles Carter. He is a member of ASCAP, and is represented in the catalogs of several trade publishers, as well as his personal imprint Dacker Music. 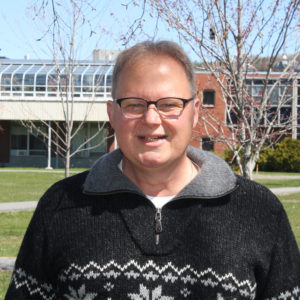 Scott Brickman (b. 1963, Oak Park, IL USA) is passionate about sport and his Baltic and Slavic ancestry and culture. Until 2016 he played baseball as an amateur in the United States and Canada and has coached high school baseball in Maine. He has also run 10k races in both the United States and Canada. Starting in 2018, he has attended summer school at the University of Latvia in Riga, studying Latvian Language and culture. 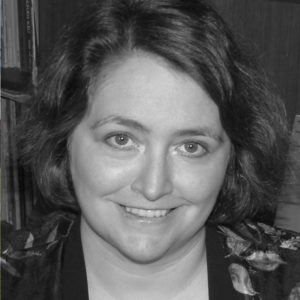 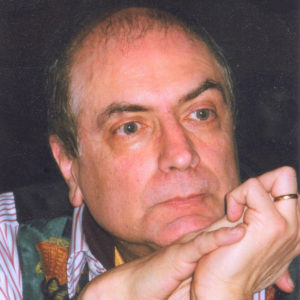 Joseph T. Spaniola is a composer on a passionate quest to engage the hearts and minds of audiences and performers through the communicative powers of music. Spaniola is active as a composer, arranger, educator, conductor, lecturer, producer, clinician, and adjudicator. He has composed works for band, orchestra, chamber ensembles, solo instruments, voice, choir, and electronic tape. His works have received honors from National Band Association, The American Prize, Global Music Awards, Florida State Music Teachers Association, Dallas Wind Symphony, and others. His compositions have been performed and recorded by ensembles in North America, Europe, Japan, South America, Israel, China, Australia, Taiwan, and Singapore. 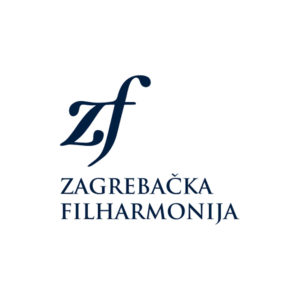 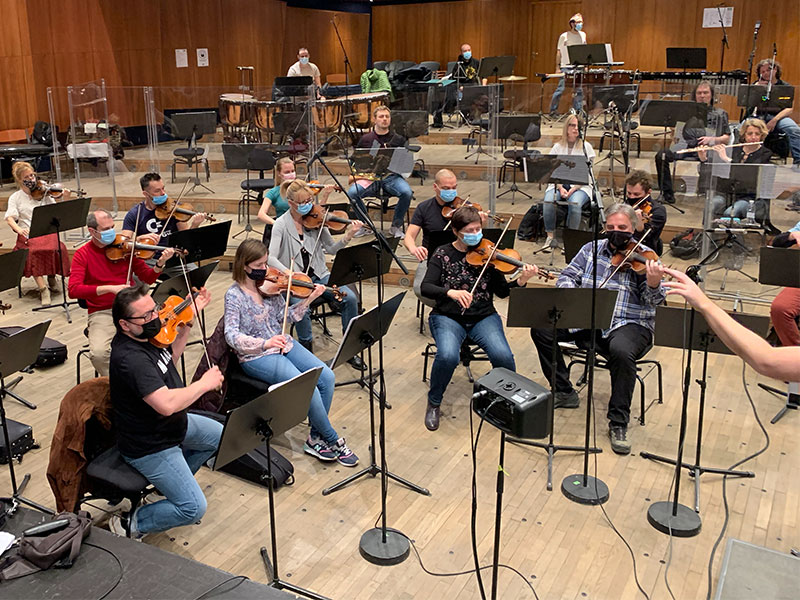 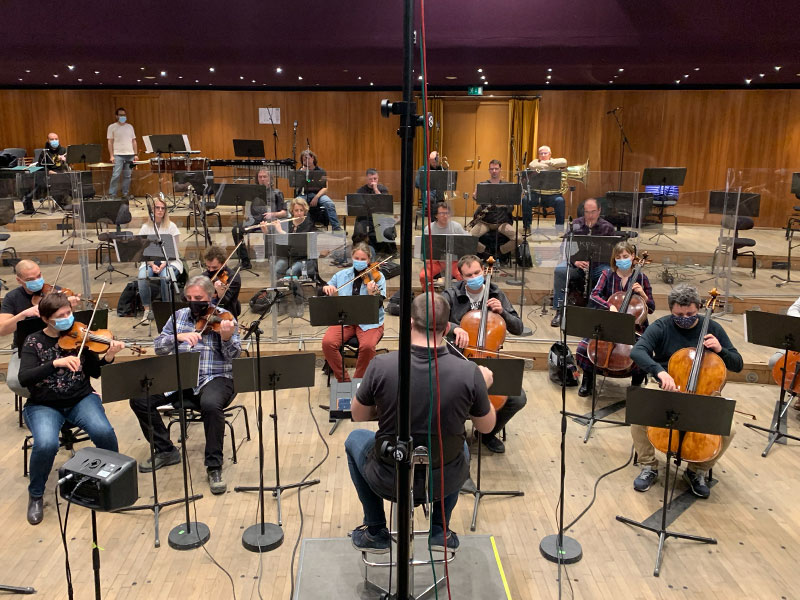 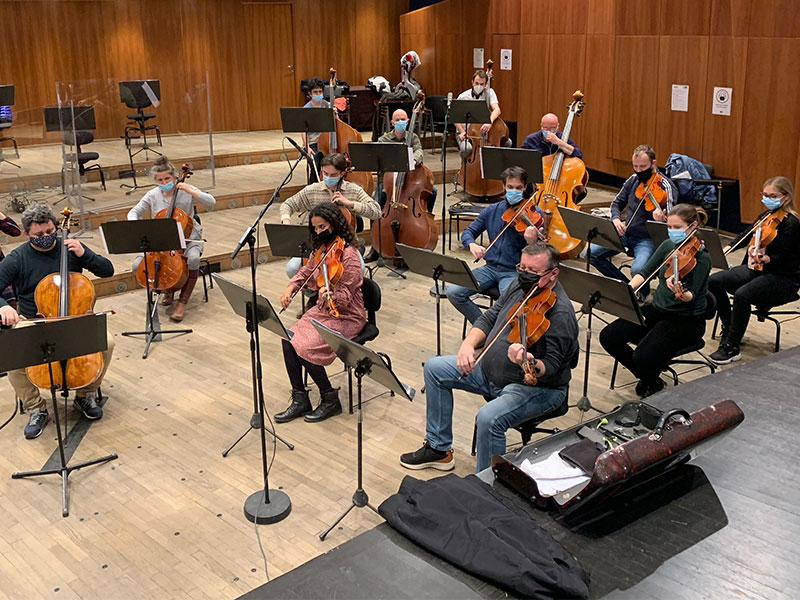 Early in 2013, I undertook the daunting task of revising my 1973 clarinet concerto, which was originally written as my doctoral dissertation in composition at Florida State University. It was played there once in the spring of 1974, and then promptly fell into the dust-bin of academic obscurity, where it languished for 4 decades, until at last I returned to disturb its slumber.

When I first dug it out and began to get reacquainted with it, I quickly realized that in its original shape — as the work of a graduate composition student who still had much to learn about writing in large forms — this concerto needed a fair amount of revision. But I felt like there was more than enough merit in the work to justify spending the time and energy that would be required to turn it into a viable piece of music, so I committed to the project and started digging in.

At first it felt like I was taking the axe to someone else’s work, which made me uncomfortable. Eventually I made peace with this feeling and conceded that it was indeed originally written by “someone else,” but since I am the “direct descendant” of that person, I need feel no guilt about tearing his work apart and rebuilding it.

The clarinetist with whom I had worked while writing the piece, and who played it at FSU, had told me that in the clarinet concerto literature that he was acquainted with, only the one by Danish composer Carl Neilson (1865-1931) is more difficult for the soloist. But I decided at the outset of my revision project that I would not ease off on the solo part, so I left it largely intact, minus cuts. After all, I had worked with an excellent clarinetist who had pronounced it — while very challenging — completely idiomatic for the instrument, so I didn’t want to mess with it. But what I did need to do was overhaul the form of the composition, re-orchestrate much of it, and cut out several minutes of unnecessary material until I had a cohesive work that made musical sense.

I soon found that the lyrical second movement and sonata-rondo/theme & variations hybrid third movement — for which I had taken a page from Copland and linked with a cadenza — needed less revision than the first. After I made a few cuts, did some tweaking and quite a lot of re-orchestrating, they were ready to go.

But the first movement — a complex experimental hybrid of sonata-allegro and arch forms — needed more work, and I have to say it was quite an enlightening challenge wrestling it into shape. I cut about 20% of it, reduced the number and prominence of several “breaking waves” that are a feature of the movement, and did an extensive amount of re-writing on the remainder. It went through several revisions over the nearly two years that I struggled with it — alternating between periods of intense work and resting in the “wine cellar” — before I was finally satisfied and declared it completed.

The individual movements are listed below.

My Symphony No. 5 was written in part at the suggestion of PARMA CEO Bob Lord. In three movements, most of it was conceived and sketched during 2019 when I was in the Czech Republic and Latvia. The inspiration for this work is my experience with Latvian culture and history. During the summer of 2019, I spent my time continuing my Latvian language studies, as well as learning folk dances and songs. For me, the ideas of these seemingly separate elements began to merge into a single unified concept; I began to see and understand the relationships between them. This symphony is my reaction and interpretation of the elements I found interesting and meaningful.

Veils was inspired by a group of paintings from the 1950s by the great American abstract painter Morris Louis, who was one of the leaders of the Color Field movement. For these paintings, Louis devised a technique of staining the canvas, allowing the colors both to mingle and to keep separate their identities, achieving his goal of unifying figure and ground. The results are paintings of delicate, veil-like translucence, which combined with their large scale, entice the observer to enter.

In my orchestra piece, I have translated some of these techniques and images into music. Winds are in pairs and usually appear together, purifying their color; melodic lines in the strings are seamlessly passed from section to section; quasi-canonic passages create increasingly dense, but still translucent “veils” of sound. Throughout the piece, the principal oboe is the protagonist. It sometimes seems to stand aside, observing, reflecting, only to be swept back into the flow of the piece, and at the climax, seemingly in danger of subsuming its individuality into the ensemble as a whole. But in this way, the oboe observer sees the piece from within, at last fulfilling the desire of the observer in the gallery.

GANGSTA’ NOIR is a 12-minute orchestra piece – of which the first five minutes are recorded here – that is heavily influenced by the film noir genre of cinema and the music scores that accompanied these films. Film noir cinema — mostly shot in gloomy grays, blacks and whites — thematically showed the dark and often inhumane side of human nature. Saturated with cynicism and doomed love, the films emphasized the brutal, unhealthy, seamy, shadowy, dark, and sadistic sides of the human experience. An oppressive atmosphere of menace, pessimism, anxiety, — the suspicion that anything can go wrong — dingy realism, futility, fatalism, defeat, and entrapment all contributed to the heavily stylized characteristics of film noir.

Thomas Jefferson: Life Lines is a five-movement composition based on excerpts culled from over 19,000 extent, eloquently and passionately written personal letters of Thomas Jefferson. His letters address almost every subject imaginable. The selected excerpts — or lines — portray the intimate, human qualities of the man. The music is as diverse and varied as Jefferson’s interests. The style, tone, and form of the music are directly tied to Jefferson’s words.

The first movement contains eight brief excerpts that highlight different aspects of Jefferson’s mindset. Each of the remaining movements focus on a single subject: II. the death of Jefferson’s wife, Martha, and III. Monticello. Also, not included in this recording project are IV. a dialogue between Jefferson’s head and heart, and V. Jefferson’s belief in the free mind.

The first tenor is the voice of Thomas Jefferson in all movements. In the opening movement, Jefferson’s words are spoken. In the remaining movements, he primarily sings his text, but often reverts to spoken delivery. Each of the three other voices serve as general support except in specific movements where each have specialized roles: II. the alto is the voice of Martha Jefferson (and, not included in this recording project, IV. the second tenor and bass voice Jefferson’s emotional heart and rational mind, respectively).

Two fundamental components of Jefferson’s being, the rational mind and the emotional heart, are musically portrayed in the introduction of the first movement. The music that follows in the first and all subsequent movements are derived from these two components. The first tenor opens with the “life line” that framed this entire work, “the letters of a person form the only full and genuine journal of his life.”